William Shatner Has His "Senior Moment" in Palm Springs 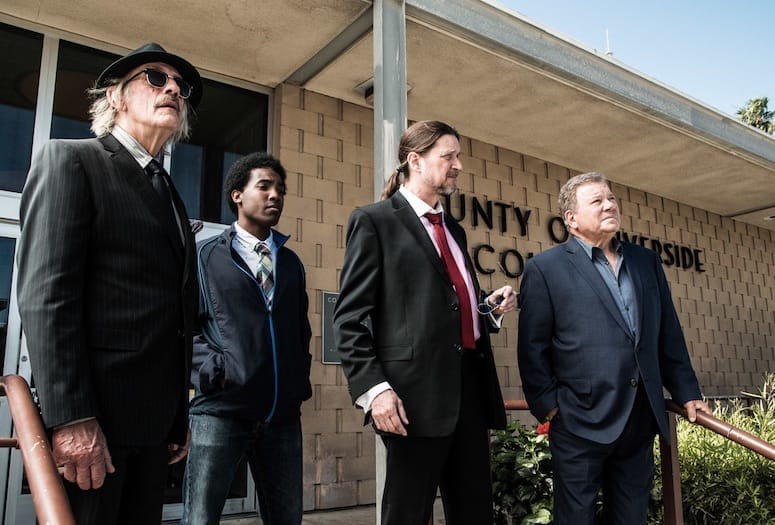 When producer Gina Goff first read the script for Senior Moment, she easily visualized the character as one of her Palm Springs neighbors.

Victor, played by William Shatner, is a retired NASA test pilot who speeds around town in his vintage Porsche convertible. When he and best friend Sal (Christopher Lloyd) get pulled over, Victor loses his license and mayhem ensues.

The movie was set in Florida, so the first thing Goff did was change the backdrop to Palm Springs. The film was shot here in April and May 2017.

Getting a movie made is a challenge even when there isn’t a pandemic, and it took awhile to wind through post production, and then get in front of studios. Not only did Goff find a distributor in Screen Media, but a real champion for the movie. Senior Moment has been slated for theatrical distribution starting March 26, right as everyone considers going back to theaters, although it will also be available for streaming.

Palm Springs Life talked to Goff about the process and the movie. 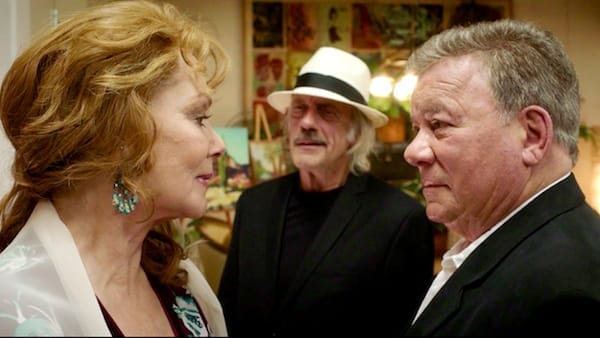 Congratulations on the upcoming launch of Senior Moment. It has to be exciting to be getting so much attention after all the work that went into it.

It is very exciting.  It’s been a journey getting this movie done. A lot of things have lined up for a perfect storm for a successful release of the movie. And, we have an incredible distributor [Screen Media] who is very passionate and supportive.

There’s been a lot of press already...

The People magazine exclusive gave us a lot of national attention, so that really helped. William Shatner is turning 90 on March 22, and the movie comes out March 26.  Access Hollywood is throwing a party for him. It’s also just a great movie, so there’s a lot of interest in it.

What was it like to work with director Giorgio Serafini? How did he interact with William Shatner, Christopher Lloyd, and the other actors?

Giorgio is one of the most talented and experienced directors I’ve had the pleasure of working with, and the nicest guy. He worked closely with the actors, but also gave them a creative license to do what they do best. With Bill Shatner, he worked closely with him prior to the production on the development of his character, and also some ideas that Bill had, which were great. 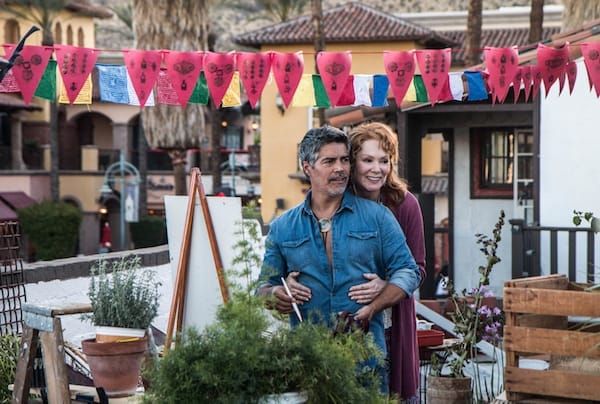 With the La Plaza shopping area as the backdrop, Jean Smart gets romanced by Esai Morales.

What can you tell us about the much beloved Kaye Ballard? I know that was her last performance.

What an honor it was meeting and working with Kaye! I spent the day with her when she was on set and stayed in touch with her after production. What I remember when we first met was she told me she was glad to meet the producer [Goff] and see a woman in charge. We laughed, she told me some funny stories about her journey in the business, and she was very real and down to earth.  There is a documentary about her life that I saw recently and was surprised I only knew of a fraction of her career. What a legend!

I have been a regular visitor of the area for over 20 years and I bought a home here a few years ago.  I love to read scripts by the pool and actually read the Senior Moment script here. When I read it I knew the character! I had seen him speeding around town. But the story was set in Florida, so we changed that.

There is a lot of “real” Palm Springs in this movie. How long did it take and what else can you tell us?

The whole movie was shot here and is a character as well. We involved a lot of people from the community.  All 200 extras were from the area, and about one-third of the crew. Two of our executive producers [Larry Lanning and Tom Nowlan] are from here, too. We shot Senior Moment in four weeks, working six-day weeks. 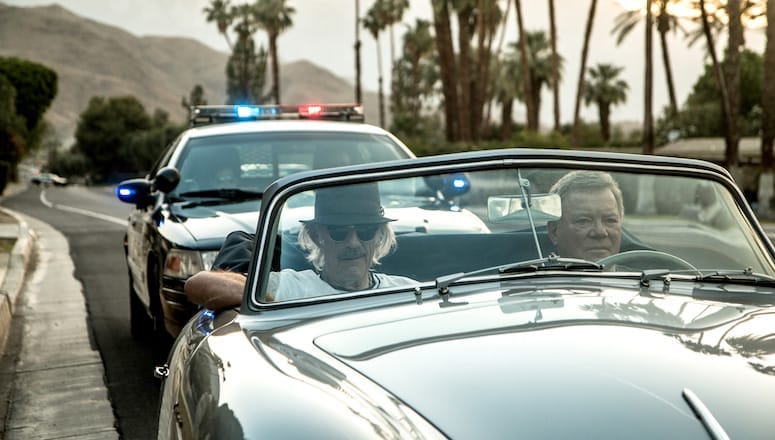 Christopher Lloyd (left) and William Shatner drive around in a 1955 Porsche.

How about those cars?  I think they are local, as well?

All the cars were local.  The vintage 1955 Porsche 356 Continental is Todd Blue’s [founder and CEO of Indigo Auto Group.] He was our car consultant and sponsor. They did a lot to help the movie. Many local businesses worked with us and provided services for the movie.

It seems like it took a lot of synergy to get it made, finished and released.

And for people who aren’t quite ready to go to theaters once they open up?

It’s available on demand. Apple TV, Amazon Prime, DirecTV and many others.