When a platter of immaculately curated sushi, from sumptuous chunks of burgundy- red bluefin tuna to slabs of porcelain-white yellowtail, is gently placed in the middle of the circular private dining room table at Sensei Porcupine Creek, the diners surrounding the artfully crafted spread seem unsure if they should dive in, snap a photo, or say a prayer. One of them leans over and whispers, “It’s kind of a metaphysical experience.”

Indeed. It’s also extremely exclusive. Those interested in similarly savoring a meal at the hottest new restaurant in the Coachella Valley will need to stay overnight. A seat at the latest outpost of chef Nobuyuki “Nobu” Matsuhisa’s ever-expanding culinary empire requires a room reservation at the recently opened wellness-focused resort, where a single night can start at $1,225 without factoring in Sensei’s many offerings, ranging from guided health experiences to intense sporting programs.

There’s even an option to book a monthlong sabbatical. 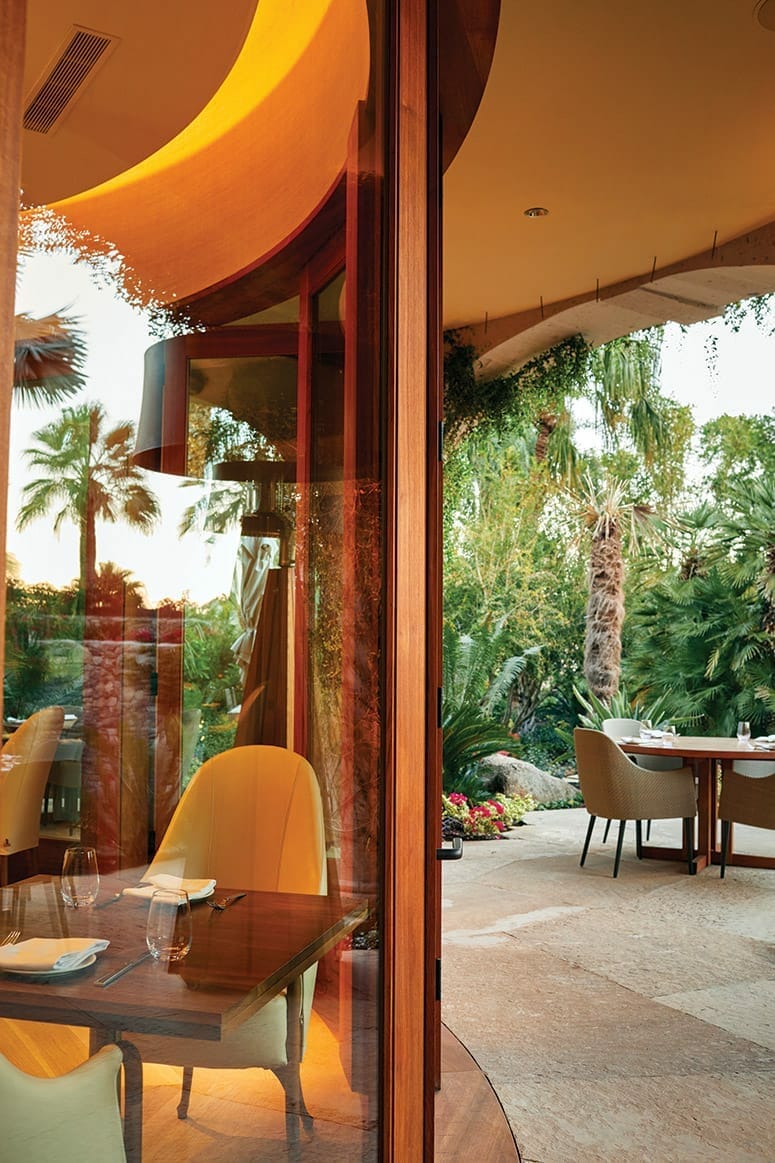 After serving as a home away from home for Oracle founder and Indian Well Tennis Garden and BNP Paribas Open owner Larry Ellison, the overhauled 230-acre property quietly began welcoming public guests in November with salubrious amenities like a studio gym with floor-to-ceiling views of the 19-hole golf course and a high-tech diagnostic room equipped with a body- scanning machine and massive screen to examine (or ignore) the results.

Tucked underneath the Santa Rosa Mountains in Rancho Mirage’s Magnesia Falls Cove neighborhood, Sensei Porcupine Creek features 22 rooms, casitas, and villas that merge exacting Japanese minimalism with cool California vibes. Capable of accommodating 68 guests, the resort is designed in such a way that it feels detached from the outside world, leading to a tranquil, meditative ambiance that’s perfectly fit for a retreat fixated on well-being.

The concept was created in 2018 by Ellison and physician Dr. David Agus, a professor of medicine at the University of Southern California and founding director of the Lawrence J. Ellison Institute for Transformative Medicine. The original Sensei location opened in partnership with Four Seasons atop the Hawaiian island Lana‘i. Porcupine Creek is the brand’s second spot, and the first to be operated en toto by Sensei, whose goal is to help guests enjoy longer, healthier, and happier lives by promoting a science-backed lifestyle philosophy dubbed “The Sensei Way,” which centers on three areas: move, nourish, and rest.

It’s the second proposition that takes center stage at Sensei by Nobu, the resort’s lavish restaurant overseen by executive chef Seeun “Wezy” We in collaboration with Agus and Matsuhisa. However, the term restaurant doesn’t entirely encapsulate the many offerings. Yes, there’s an all-day eatery serving breakfast, lunch, and dinner but also a separate sushi bar and room service, as well as the option to have food and drinks delivered anywhere on property, whether it’s next to the waterfall by the pool or at the golf course’s eye-popping 15th tee, positioned 200 feet above the valley floor. 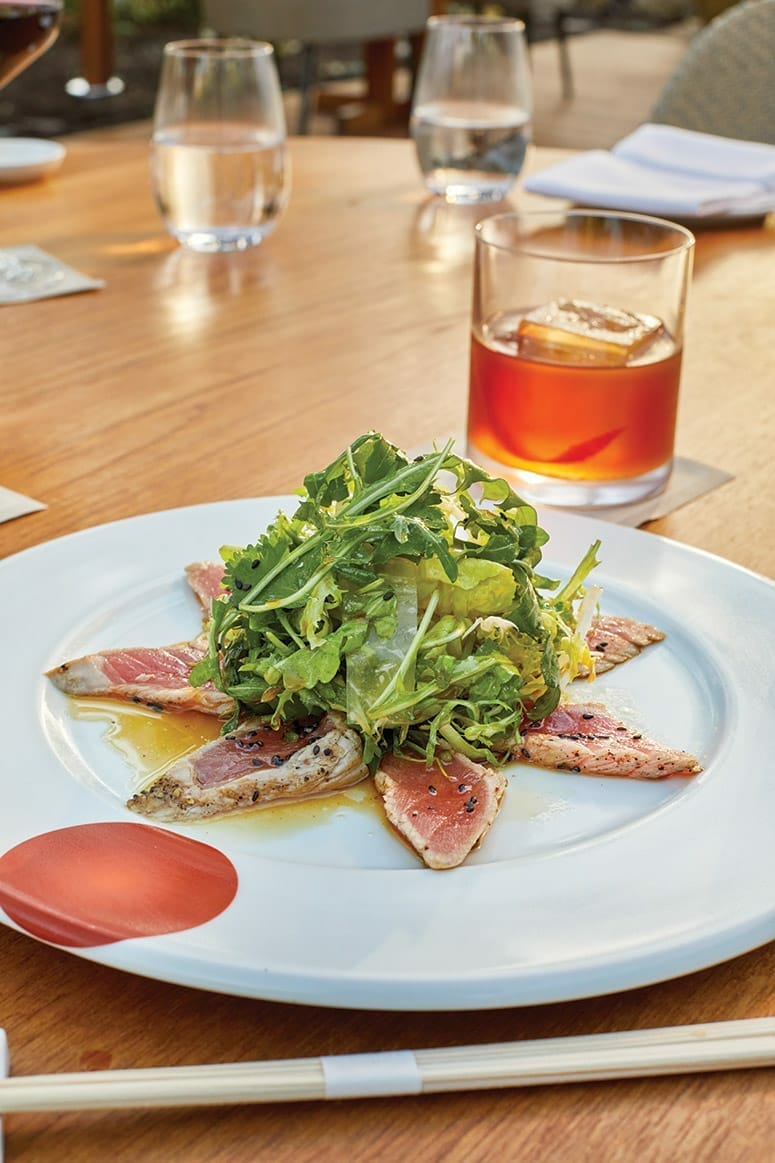 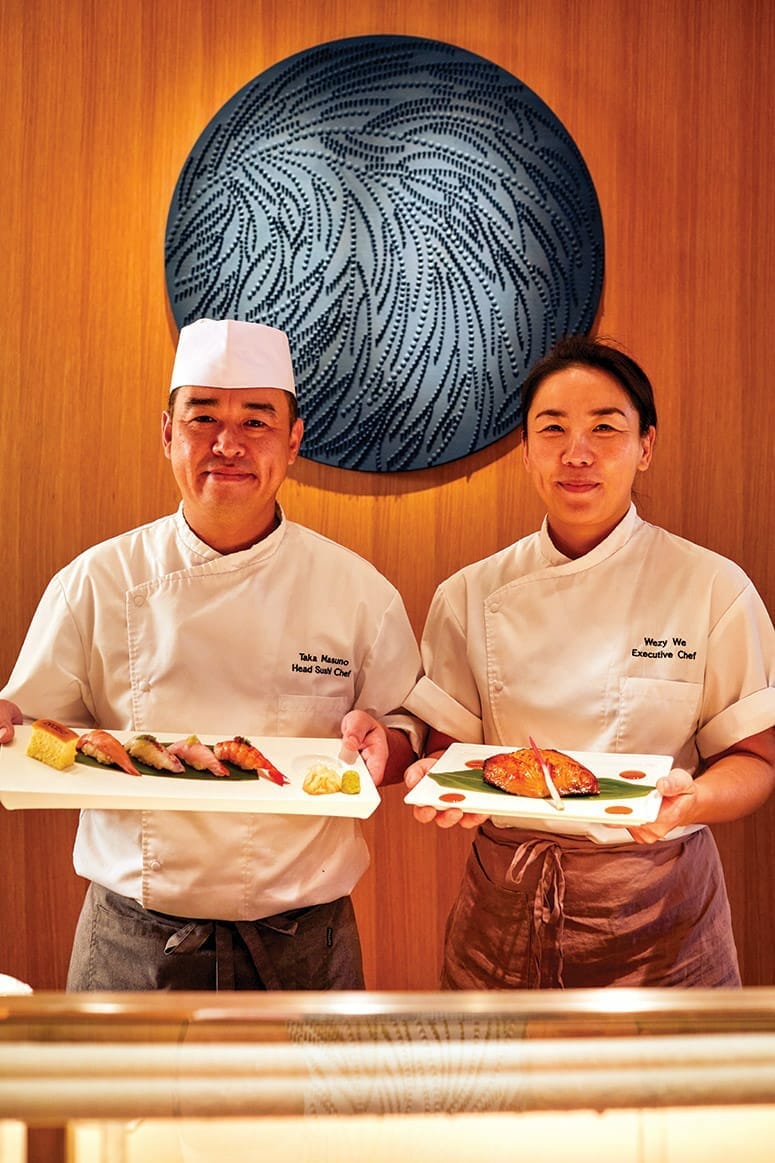 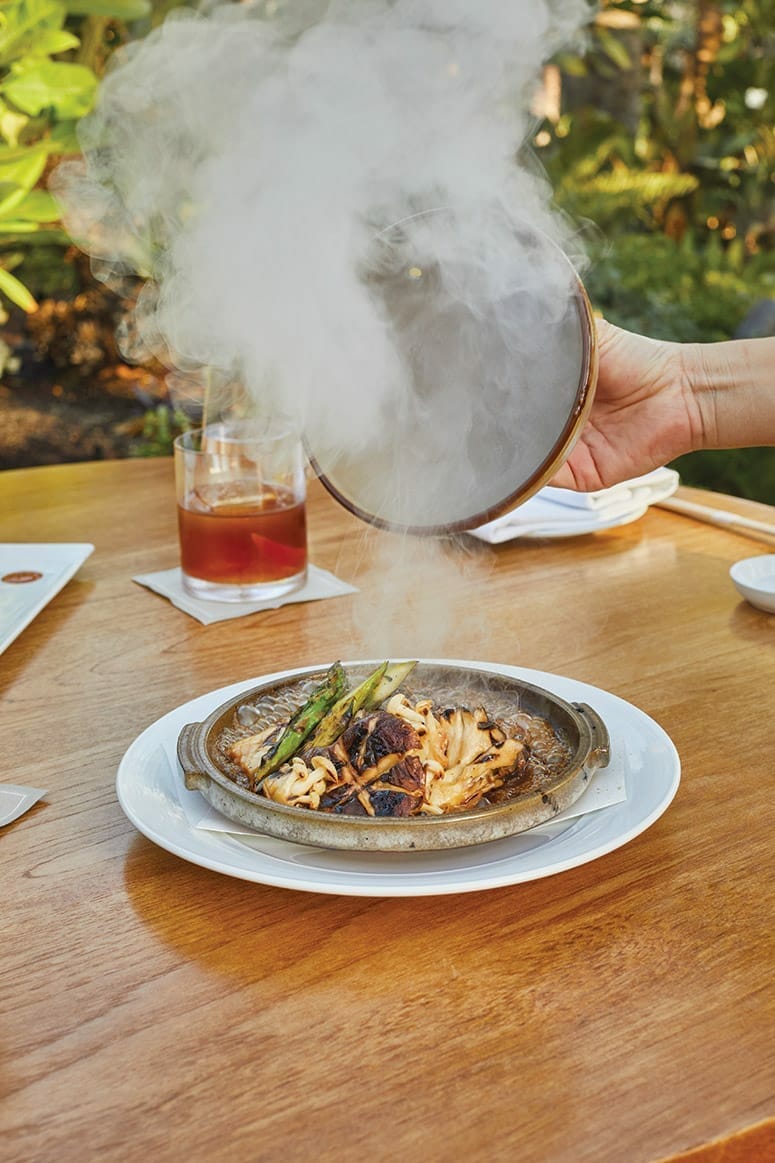 While the menus are populated with fresh Nobu mainstays like miso-marinated black cod and rock shrimp tempura, there are also unique creations found only at Sensei Porcupine Creek. For dessert, a cake made of locally sourced dates and a touch of chocolate is topped with a hibiki whiskey caramel sauce and crème fraîche ice cream. Inspired by a Korean dish from her childhood, chef Wezy serves a jidori chicken egg in a hot pot for breakfast that’s been steamed with dashi and extravagantly accented with caviar, crème fraîche, and crispy shiitake mushrooms.

“Her grandmother made that for her,” explains Alexandra Walterspiel, Sensei’s Denver-based chief operating officer, who counts the egg creation as her favorite item on the menu, if she’s forced to choose one. “It’s a slightly different version, but in principle, that’s a dish she grew up on. It’s light, delicious, and fluffy.”

After initially partnering with Matsuhisa for the food and beverage program at Sensei Lana‘i, Walterspiel says there was no hesitation about bringing the Sensei by Nobu concept to their Rancho Mirage location. However, the resort’s operators sought to be extremely intentional in their mission to craft a wholesome and divine menu for desert audiences. It needed to be healthy, but it also needed to be delicious. In his book The Lucky Years, Agus argues that the best diet for you is the one that best works with your own physiology and psychology. “It’s not just about nutrition [or] the food you take in,” Walterspiel says. “It’s really [about] how you fuel your mind and body.”

Julie Oliff, the property’s general manager who came to Sensei Porcupine Creek after a decade at St. Regis, is quick to point out that just because Sensei Porcupine Creek is centered on health and wellness doesn’t mean the culinary team won’t serve hamburgers. They will. The resort is more of a joy factory than a fat farm, so if a guest craves a juicy hunk of ground filet and rib- eye between two toasted bao buns to boost their happiness, they will be satiated.

“We wanted to make sure that there were plenty of options that didn’t feel prescriptive,” Oliff says. “Let’s say, for example, you’d like pasta or a pizza. The answer is yes. If it’s legal, ethical, and moral, we’re going to make it possible. That was another approach that we wanted [to take] with the menu. There are plenty of options and alternatives for anyone, wherever they’re coming from and whatever they want.” 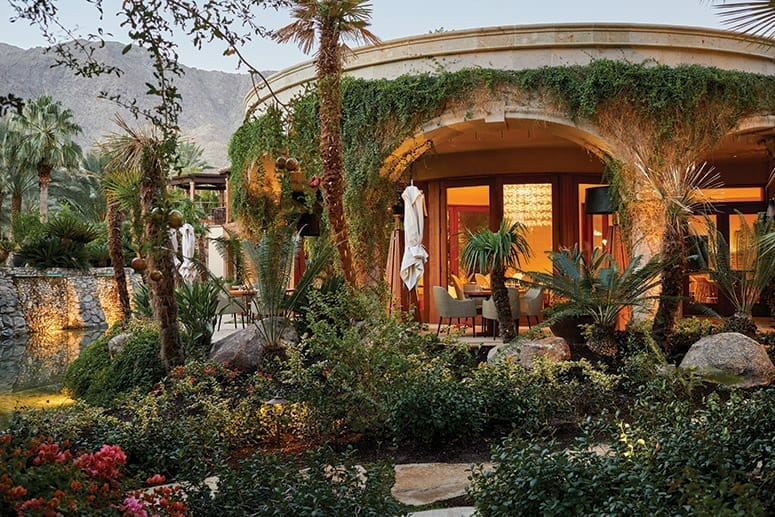 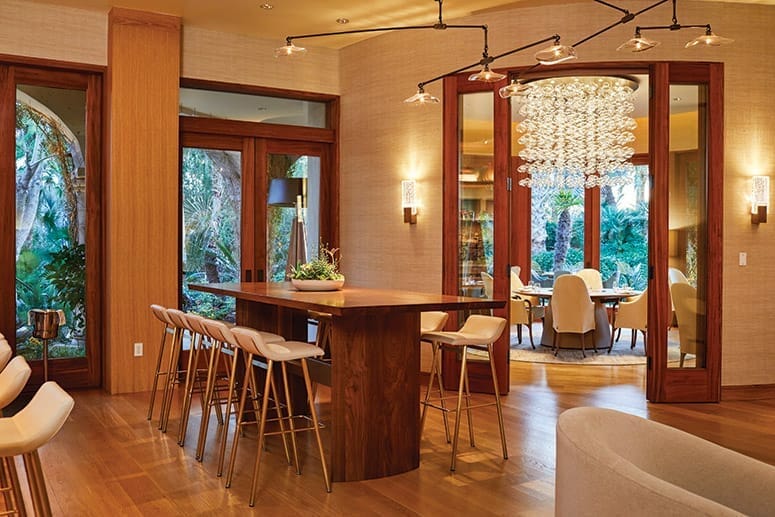 In addition to the main restaurant, there is a sushi bar, room service, and the option to have food and drinks delivered anywhere on property.

“There are so many components to well- being,” Walterspiel adds. “It is really the subjective state of your health, comfort, [and] happiness. We are not in the business of treating or diagnosing. We are in the business of meeting you where you’re at and making recommendations on how you can improve your well-being [and] also your wellness, if that is your choice.”

One of the strongest ways to improve well-being, Oliff says, can be a simple but actionable change. For instance, she recalls how one of the sushi chefs was unhappy with his breath control. A wellness guide recommended that every time he sees a mountain, he should remind himself to breathe. It worked. Within a day, he noticed a difference.

“We hope that [guests] leave here with newfound habits and practices that they are able to take home and put into their life,” Walterspiel says. “We don’t want them to come and just have an intensive five-day program, then go home and not be able to sustain that because it was too drastically different. If a guest changes one little thing in their daily life as a result of their stay and our recommendations, then that is success.”