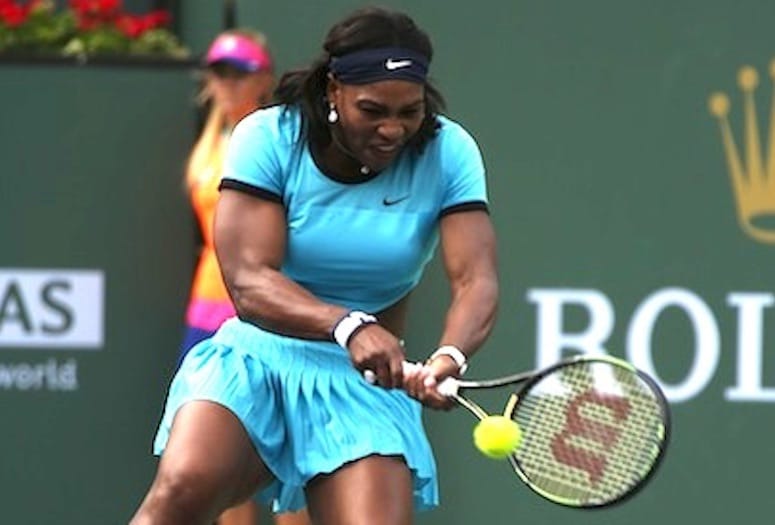 A pair of events will bring tennis enthusiasts closer to the big names of the game.

The Desert Smash returns for its 14th year on March 6 featuring 23-time Grand Slam champion Serena Williams, who will host and play in this year’s notorious Celebrity vs. Pro face-off. The match benefits The Yetunde Price Resource Center (YPRC), founded by Serena and Venus Williams, in honor of their eldest sister, who was killed in 2003.

Play begins at 2 p.m. The celebration will continue into the evening with the 14th annual Desert Smash After Party, with a live concert set by DJ Bob Sinclar and surprise celebrity artists.

For information and tickets, visit desertsmash.com.

Over in Rancho Mirage also on March 6, the Omni Rancho Las Palmas is the site of "Tennis with the Stars" starting at 2 p.m.

The public has an opportunity to square off against pro players like No. 1 ranked Simona Halep, Steve Johnson, Francis Tiafoe, and Jelena Ostapenko, Four players will have a chance to play a special exhibition match with the pros.

Players will be available for autographs and photos starting at 6 p.m. A dinner with live entertainment follows at the Omni Rancho Las Palmas Country Club.

The event benefits Aceing with Autism, which launched a program at the Rancho Las Palmas Country Club in 2017. The program provides therapeutic activity and interaction for Coachella Valley children impacted by autism.

For tickets and information, visit tenniswithstars.com.