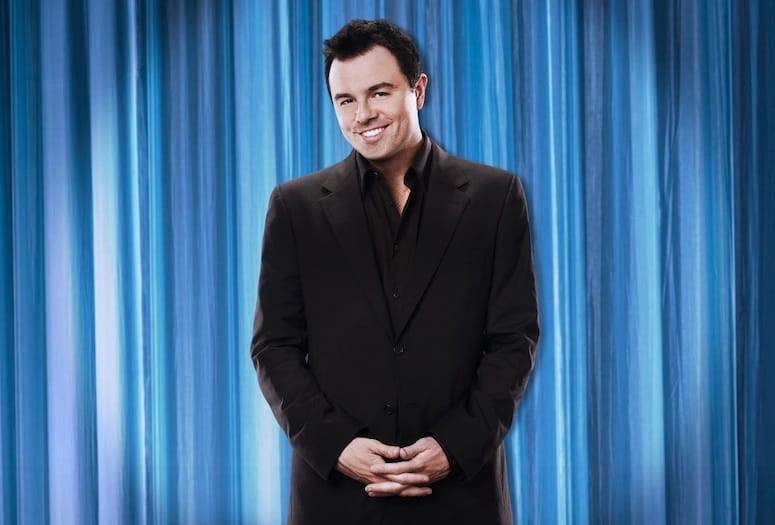 Family Guy creator Seth MacFarlane will receive the Special Achievement Award for the Performing Arts from Barbara Sinatra during the gala event of the 28th annual Frank Sinatra Celebrity Invitational, Feb. 18-20, in Indio.

Although best known for his voice work, producing and acting in his animated series, Family Guy, and the highest-grossing R-rated film Ted, MacFarlane is a well-established music artist. He earned a Grammy nomination for his newest and third studio album, No One Ever Tells You, which showcases the unique arrangements and orchestral interpretations of the 1950s and ‘60s. He also garnered two Grammy nominations for his 2011 debut album, Music is Better Than Words.

“I am thrilled that Seth will be one of our special guests for the weekend that celebrates what would have been Frank’s 100th year, Seth is an amazing talent," says Barbara Sinatra. "I am personally looking forward to honoring him for his accomplished career, and giving him the opportunity to see the outstanding work that is undertaken at our Children’s Center.”

According to Mary Martin, tournament director, “We’re so honored that Seth will be attending our tournament to receive this special award recognizing him for his musical talent and efforts to keep the spirit of the legendary Frank Sinatra alive.”

In addition, there will be three nights of parties, entertainment, silent and live auctions, a luncheon and fashion show. Tournament festivities kick-off Feb. 18 with a special reception planned for participants.

• Feb. 19 is the first round of golf, a glamour-filled Luncheon and Fashion Show presented by Grayse, silent/live auction and dinner featuring entertainment by the popular vocal trio, The Lettermen.

• Feb. 20 is the final round of golf, silent/live auction and the Black Tie Gala with a special tribute planned for Frank Sinatra and entertainment by the 5th Dimension.

• Feb. 21 concludes the event with an open house hosted at the Barbara Sinatra Center for Abused Children from 11:30 a.m. to 1 p.m.

The tournament began as “Frank’s little party in the desert,” and was founded by Barbara and Frank Sinatra in 1988 to raise funds for the Barbara Sinatra Children's Center at Eisenhower Medical Center in Rancho Mirage. Over the years, the tournament has given more than $9 million dollars to the center to provide counseling for victims of physical, sexual and emotional abuse; and to focus on prevention, community education and breaking the cycle of abuse.