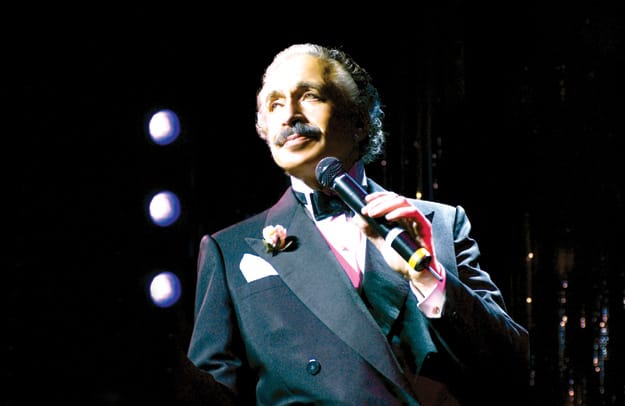 The Coachella Valley’s vibrant live theater scene, once teetering on the brink of near collapse, is back with a fresh slate of shows and several new companies springing to life. Here’s a sampling of what you’ll find as the curtains rise around the desert. .

CABARET THEATRE WEST
Cabaret Theatre West presents musical theater with actors, dancers, sets, and costumes just like Broadway. But instead of a story,  the show has a theme. Productions planned for 2011-12 include Hooray for Hollywood, a tribute to the music of Hollywood movies and musicals, and Hooray for the USA, a musical journey across the country. 1-760-568-0024; www.cabarettheatrewest.com

COACHELLA VALLEY REPERTORY
Coachella Valley Repertory now has its own performance space at The Atrium in Rancho Mirage. This year’s hows include Vivian, starring soap actress Judith Chapman as Vivian Lee, along with a Children’s Outreach Production of Jonathan Dorf’s Thank You for Flushing My Head in the Toilet, a play about bullying in schools. 69903 Hwy. 111, Ste. 116, Rancho Mirage. 1-760-296-2966; www.cvrep.org

ENSEMBLE THEATER COMPANY OF PALM SPRINGS
Among the fledging theatre companies this year is Ensemble Theater Company, combining the talents of Playwright’s Circle and A Fluid Movement. The group is looking to mount original productions and to present a new works festival and a classical works festival. etcstage@gmail.com; Phone and Website info forthcoming

HI-DESERT CULTURAL CENTER
The Hi-Desert Cultural Center was founded in 1967 in the eclectic town of Joshua Tree, and has been promoting cultural arts in the Morongo Basin ever since. The Kaye Ballard Playhouse is home to dozens of music and cultural events each year. 61231 Hwy. 62, Joshua Tree. 1-760-366-3777; www.hidesertculturalcenter.com

MCCALLUM THEATRE
McCallum Theatre presents a dazzling array of plays, musicals, dance, music, and more. This season there are two Broadway series: “Broadway Blockbusters” and “Broadway on a Budget.” Each series is comprised of four great shows. The Blockbusters series begins with My Fair Lady, Jan. 13-15. Next in the series is Rogers and Hammerstein’s South Pacific, Jan. 27-29. The third offering in the series is Mamma Mia!, March 9-11. The Blockbusters series concludes with 2008 Tony winner In the Heights, March 30-April 1.
The Broadway on a Budget series is equally exciting, opening with The Marvelous Wonderettes, Feb. 3-4. The nostalgia continues with Grease, March 2-3. Next up is the 2001 Tony winner for Best Special Theatrical Event, Blast!, March 21-22. The budget series concludes with Burn the Floor, April 6-7.

THE SHOW
The Show at Agua Caliente Casino • Resort • Spa in Rancho Mirage is the desert’s newest and nicest venue for live entertainment. The arena has excellent acoustics and no bad seats. Top attractions scheduled for 2011-12 include Train and Carlos Mencia in September, and Don Rickles in October. 32250 Bob Hope Dr., 1-888-999-1995; www.hotwatercasino.com

THEATRE 29
Theatre 29 is located in Twentynine Palms, near the Marine base in the high desert. It’s a bit of a drive to get there, but the company mounts enjoyable shows and their ticket prices are modest. Check their website regularly for upcoming shows. 73637 Sullivan Rd., Twentynine Palms. 1-760-341-4151; www.theatre29.org