When President Dwight D. Eisenhower completed his presidency and left the White House in 1961, he soon headed to the Coachella Valley.

He and his wife, Mamie Eisenhower, had visited frequently over the years and had stayed at or lived in several places around the Coachella Valley – Smoke Tree in Palm Springs, El Dorado Country Club in Indian Wells, and Indian Palms Country Club in Indio where he wrote his memoirs.

The 34th President of the United States, like many before and after him, loved to golf. He played at numerous golf courses around the desert, including Tamarisk Country Club, Thunderbird Country Club, and the La Quinta Country Club, which he dedicated on Oct. 23, 1960.

On Feb. 6, 1968, President Eisenhower shot his only hole-in-one on the 13th hole at Seven Lakes. The former president’s legendary hole-in-one has become a celebrated part of the country club’s historic past. Last year for the 50th anniversary of that occasion, Seven Lakes hosted a golf tournament that raised $50,000 with proceeds earmarked for Eisenhower Medical Center (specifically for the Lucy Curci Cancer Center.)

The 14th Annual Modernism Week will host a Seven Lakes Home Tour that offers a rare glimpse inside the gates of this private country club and a chance to see the famous 13th hole which has a plaque commemorating Eisenhower’s historic hole-in-one. Appropriately, this Seven Lakes Home Tour will be held on Presidents’ Day, Feb. 18. 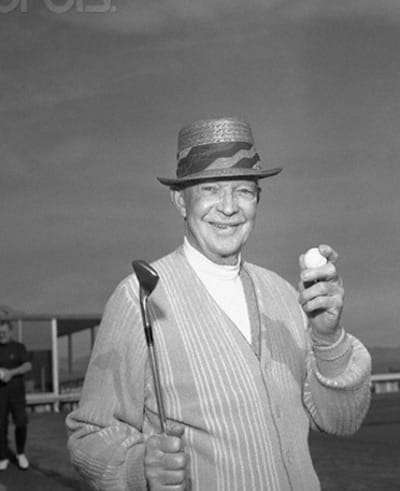 The Modernism Week Home Tour will begin in the clubhouse where a wall of Eisenhower memorabilia is displayed. The walking tour will feature interior and exterior tours of six homes, each distinctively decorated.

Referred to as the Gem of the Desert by its developers, Seven Lakes Country Club continues to make golf history. In November 2018, the Golf Professional of the Year by the Desert Chapter PGA went to Seven Lakes resident and professional golfer, Simon Letts.

Seven Lakes Country Club Home Walking Tour, Feb. 18. Five tours take off between 9 and 10 a.m. with check-in closing at 10:15 a.m. Each tour is 2 hours. For information and tickets: modernismweek.com. 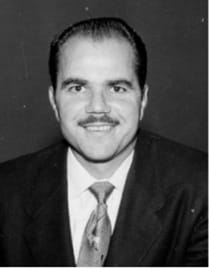