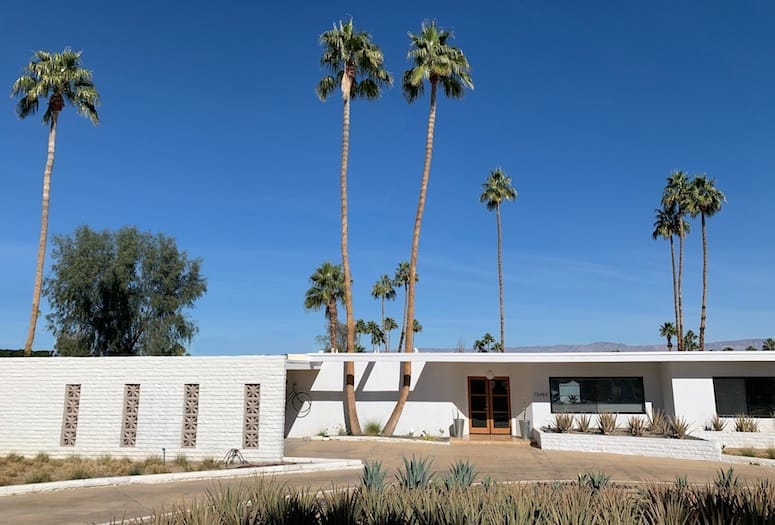 Henderson, the founder of Palm Desert, used Pacific Palisades as the inspiration for his plans for Palm Desert. His vision included large lots and custom-built homes to surround Palm Desert’s signature centerpiece, the Shadow Mountain Club. In the 1940s, the area around the Club was restricted in many ways to allow only the building of prestigious, one-of-a-kind homes on sprawling parcels owned by the gentry of the Club's membership.

A decade later, Henderson bought 50 acres next to the Club where he wanted to build a lush 18-hole golf course dotted on its borders by cottages. Some of Henderson’s neighbors and best customers were against the project and his plan did not meet the established zoning code. Henderson faced the wrath of area homeowners, one calling the project "proposed barracks."

Schwilck, another Palm Desert developer, cashed out his interest in the Silver Spur Ranch to buy into Henderson’s dream. Henderson guided Schwilck through the minefield of rezoning and approvals with one of his edicts being that Schwilck had to hire an architect of appropriate talent and prestige to ensure a development worthy of its neighbors.

Henderson and Schwilck chose the architectural firm of Wexler-Harrison to design the Shadow Mountain Fairway Cottages. Harrison’s unique style and signature design element was the palm trees that perforated the low-slung roof creating a breezy delineation of the front door.

By 1961, Wexler and Harrison were amicably going off on their own and Harrison's solo practice was partially launched by Schwilck. Harrison’s spectacular designs created such success for Schwilck that he was able to buy back Silver Spur Ranch. Schwilck hired Harrison again to adapt the multi-unit designs of the Shadow Mountain Cottages into duplexes and houses for Silver Spur, filling in every undeveloped lot and building an entire street of Harrison-designed homes on Feather Trail.