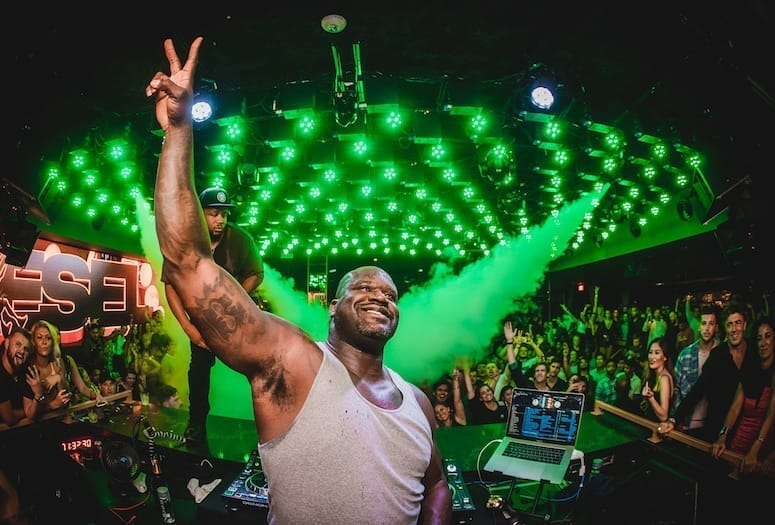 The Box Office and parking will open at 6 p.m., doors open at 7 p.m., and the show ends at 2 a.m. Participants must be 21 or older to enter. Tickets are available at coachellacrossroads.com.

Throughout the night, the Coachella Crossroads grounds will feature stunning LED art installations and beautiful interactive environments and unique structures provided by DOLAB. The event producers promise a countdown to midnight like never seen before followed by an awe-inspiring fireworks show.

O'Neal is one of the most dominant basketball players in NBA history and has made the transition to entertainer. At 7-foot-1 and 325 pounds, Shaq's larger-than-life personality and athleticism found a new outlet with electronic dance music after crashing the festival TomorrowWorld in 2014, a milestone event that changed his life forever after being exposed to DJs such as Steve Aoki and Skrillex.

Shaq has been passionate about music from a very young age — at just 14 after O'Neal saw Public Enemy live for the first time, while sandwiched in a crowd of 5,000 people, he became fixated on DJ'ing. He cut his neighbors' grass, walked dogs, and scraped together any cash that he could until he saved up $200 to buy his first set of turntables at a local pawn shop. Fast forward to 1993, Shaquille's rap album, Shaq Diesel, did the unthinkable of selling over a million copies and peaked at No. 25 on the Billboard 100 cementing O'Neal as the only athlete ever with a platinum-selling album.

Rapper E-40 is a founding member of the rap group the Click, and the founder of Sick Wid It Records. He has released 28 studio albums, appeared on numerous movie soundtracks, and has also done guest appearances on a host of other rap albums.

DJ, producer, and rapper Getter (Tanner Petulla) has collaborated with some of the music industry’s big-name artists such as Datsik, Skrillex, Borgore, and Suicideboys. Liquid Stranger remixed his song "Ill Shit.”

• READ NEXT: Run With Los Muertos Merges Health and Wellness with Arts and Culture.