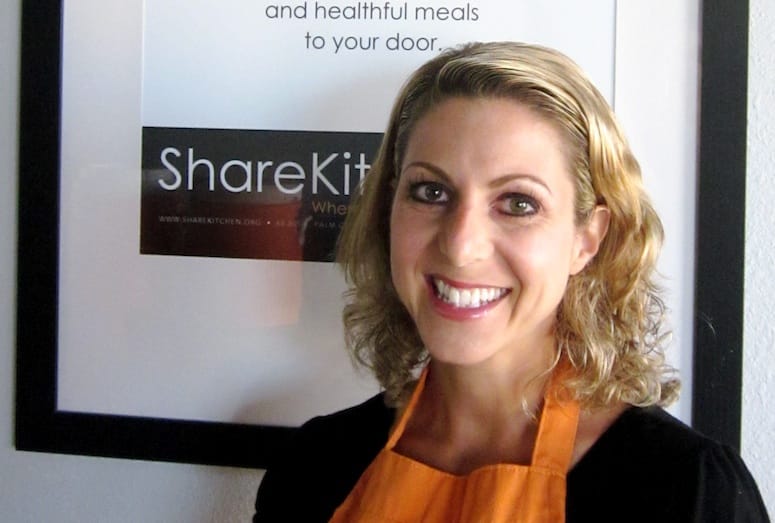 The former Buddy Greco’s Dinner Club has lost its zebra carpeting, but not its Rat Pack charm.

The Cathedral City location has been transformed into ShareKitchen, a nonprofit commercial kitchen-meeting-educational space for budding food entrepreneurs.

Whether business owners are opening up a restaurant, a catering business or promoting a specialty product, they can tap into ShareKitchen for its commercial kitchen, banquet facilities and business know-how.

ShareKitchen will bring its story to the public with a free Open House from 4-8 p.m. Oct. 4.

“You’ll get a chance to see our facilities and meet business owners who can tell you what it’s like to work with us,” says Angela Janus, executive director.

Dreams of a Wine Bar

ShareKitchen began because Janus had a dream of opening up a wine bar.

She became a certified sommelier in Italy, and returned to Palm Springs to discover that she needed to take business classes before she opened anything.

“I knew all about wine, but nothing about running a business,” she says.

Like most students of Chef Steve Beno at College of the Desert, Janus gained experience in catering, and soon found her niche — open houses.

As the demand grew, Janus needed commercial kitchen space, but only on a part-time basis. So she looked into renting.

“Some restaurants agreed, but were worried about their equipment,” Janus says. “Later I realized that I needed pots, pans and trays, plus my own storage space.”

She spoke with several friends in the food industry. Some were working out of their homes illegally, while others were derailed because they didn’t have a commercial kitchen at their disposal.

That’s how ShareKitchen began. Janus pitched the idea to business leaders from the desert cities, citing educational opportunities and increased jobs, and earned her nonprofit status.

“Then we found Buddy Greco’s,” Janus says. “There were broken windows and graffiti all over the place, but it was basically sound.”

A year later, ShareKitchen has about 15 clients, including street fair vendors, small product makers and specialty caterers, like Lori Cohen-Sanford of Nourishfoods.

“ShareKitchen gave me the push I needed to get started,” Cohen-Sanford says. “I contain costs and build my business one step at a time.”

“I’m a part-time bartender, so we only host a dinner once a month,” says David Horgan (pictured above). “But I would like to grow the business so I can do it full-time.”

“In a nutshell, we get them started, and send them on their way,” Janus says.