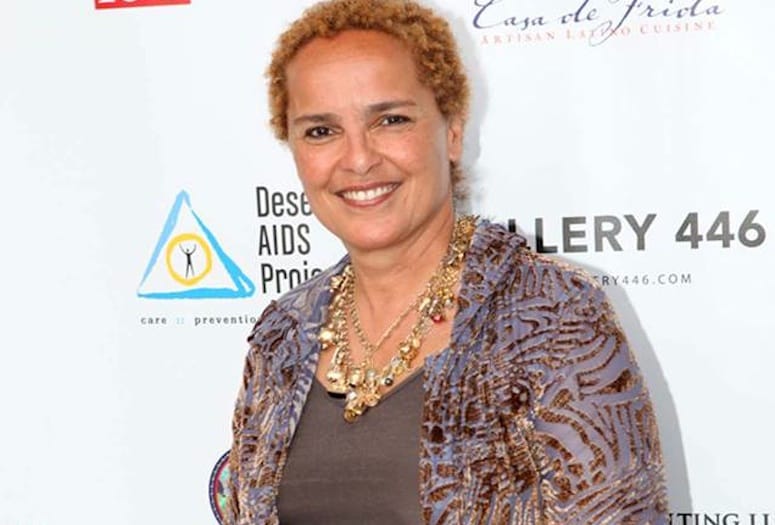 The desert has always been “near and dear” to Shari Belafonte.

While she currently lives in Los Angeles, Belafonte has fond memories of visiting the Coachella Valley when her Dad – iconic actor, singer, and social activist Harry Belafonte – performed here.

Her ties to the desert have led her to merchandising her own tie-dye clothing line featured at chic desert retailer Raymond/Lawrence, and she lends her vivacious personality for charitable causes such as the inaugural Palm Springs Women In Film and Television (PSWIFT) Red Carpet Gala 2015 Academy Awards Viewing Party on Feb. 22 at The Shops of El Paseo in Palm Desert.

“I love Palm Springs,” she says. “The coolness in the heat…the colors (of the desert) are more enriching to me than anything.”

Shari’s successful career encompasses modeling, acting, writing, singing, voice-over, and celebrity endorsement projects. She is considered one of the top 10 marketing spokespersons ever, according to the Wall Street Journal, and she’s worked with national heavyweights Slim-Fast, Estroven, and Bally’s International Health.

She is currently working with Raji Raykert of 3FacesMedia, an entertainment marketing and management firm as vice president of entertainment.

“I’ve always been true to my convictions about marketing,” Shari says. “I can’t sell stuff I don’t believe in. I’m not that good an actress.”

In addition to her marketing endeavors, she’s developing a horror script and is an avid photographer. “I spend more time behind the camera than in front,” she says.

Belafonte will be join fellow celebrities Pattie Daly Caruso, CBS Eye on the Desert’s Patrick Evans, Beverly Johnson, and Tristan Rogers at the Red Carpet Gala 2015 Academy Awards Viewing Party. Proceeds will go toward supporting the mentoring of the desert’s men and women in the media and entertainment industry. PSWIFT also serves more than 2,200 students in the Coachella Valley through its Coachella Valley BookPALS program.

Belafonte says she’s excited to participate and adds, “I’ll be wearing something fabulous and I will be Mitch Blomberg’s date. It will be a fun time…anything goes!!”