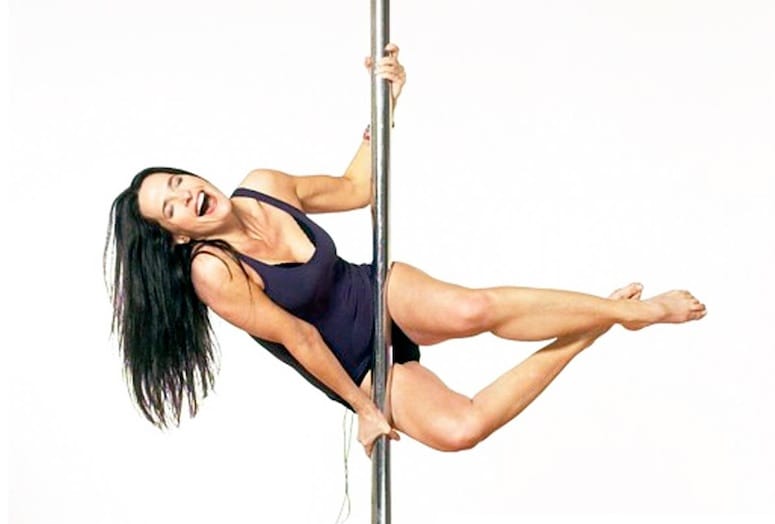 “Soon I will once again be in the desert amidst this kind of magnificence with some of the most amazing women on the planet. Palm Desert, California, to be exact, for a convergence of brilliance. A convergence of like-minded women from all over the world!”
– Sheila Kelley

A revelation…
Sheila Kelley is not afraid of embracing the power of her femininity.

While preparing for the starring role in the film, “Dancing with the Blue Iguana”, which she also wrote and produced, Kelley learned how to striptease and pole dance.

Kelley took her knowledge of dance, exercise, and exotic dance and created a fitness dance workout under the moniker, S Factor.

She will combine the physical with the philosophical during a two-day “Sheila Kelley Live” retreat, Sept. 7-8, at the JW Marriott Desert Springs Resort & Spa in Palm Desert.

Who knew…
As Kelley observed at her recent TEDx speaking engagement, “Who knew that a stripper pole could represent the fourth wave of the feminist movement.”

Kelley initially shared her research findings with fellow pre-school moms and friends, and found her theory of embracing the “sway, the curve of the feminine movements” in pole dancing could “fire up” women and bolster their confidence. The women she worked with opened up more emotionally and became more centered and happier in their relationships with the renewed sense of their bodies.

Kelley opened her first SF Factor studio in Los Angeles and now has more than 10,000 students worldwide. Her motivational instruction has led to international acclaim as a feminist, and she has appeared with Tony Robbins and been featured on Oprah.