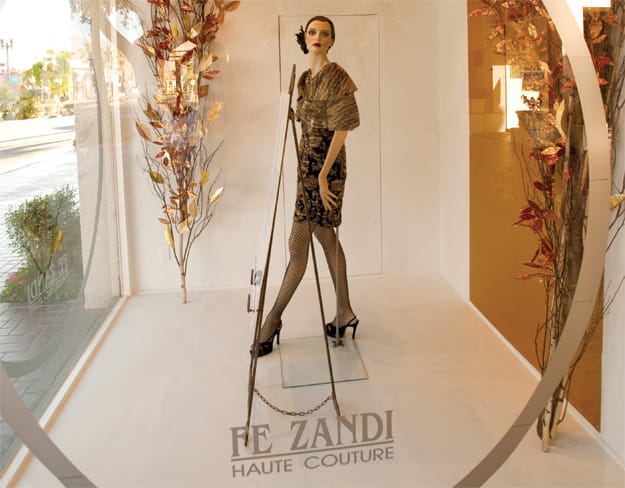 After graduating at the top of her class from the Paris Academy of Fashion Design, Fe Zandi became a costume designer for the Sadler’s Wells Theatre in London.

A year later, she opened her first atelier in Paris with a formal show, to much acclaim. Zandi brought her talent for fashion design — including exquisite gowns with her signature beading — to the United States, opening a haute couture salon in Beverly Hills and a
second one on El Paseo in Palm Desert. She sources her material, which she personally buys, from Paris. 73111 El Paseo, Palm Desert. 1-760-776-6100.