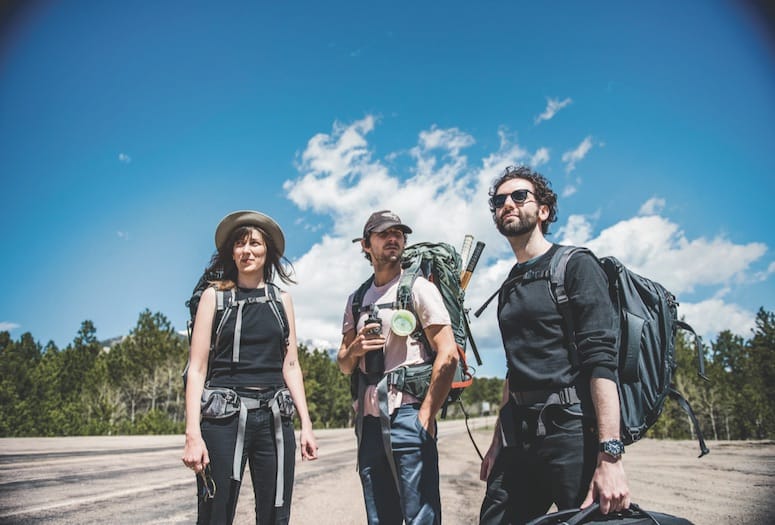 Actor Shia LaBeouf will participate in a Q&A session on April 7 following the screening of the film,#TAKEMEANYWHERE at the American Documentary Film Festival in Palm Springs.

The film, which is a collaborative effort of LaBeouf,  Luke Turner, and Nastja Säde Rönkkö. will screen at 4:30 p.m at the Camelot Theatres in Palm Springs. A Q&A and awards presentation will follow.

#TAKEMEANYWHERE chronicles the 10,000 mile journey by the trio, who tweeted their GPS coordinates daily and hitched rides around North America from the strangers who found them. Whoever picked them up could literally take them anywhere. The film is an insightful commentary on the spirit of America and establishing friendship, particularly in this era of political divisiveness.

LaBeouf, Rönkkö, and Turner have been making highly provocative, internet driven, interactive art together since 2014, including HEWILLNOTDIVIDE.US, a piece of anti-Trump protest art launched on Inauguration Day that quickly became the target of online trolls and far-right extremists. #TAKEMEANYWHERE is arguably their most expansive yet intimate work to date.

Turner first gained recognition for his pioneering work on the web in the late 1990s, and went on to publish the influential Metamodernist Manifesto in 2011. Rönkkö began her studies at the Surikov Art Institute in Moscow, before meeting Turner in 2006 at London’s Central Saint Martins, and the two started working together shortly thereafter.

LaBeouf started his acting career at an early age with the Disney series Even Stevens (2000-2003), and soon rose to prominence with leading roles in films such as Transformers (2007), Nymphomaniac (2013), American Honey (2016) and Borg Vs. McEnroe (2018). LaBeouf was inspired to reach out to Turner in early-2014 after reading his manifesto, and from there was introduced to Rönkkö, and the trio’s collaborative art practice was born.