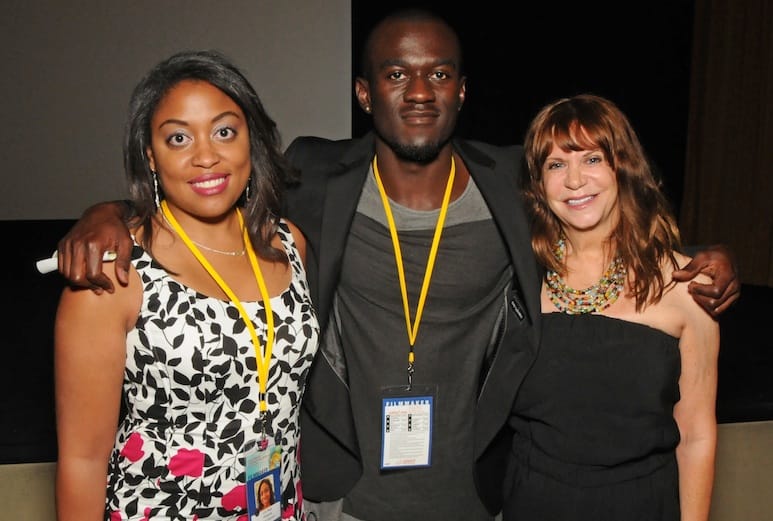 The “Shooting Stars” segment of the Palm Springs International ShortFest is an evergreen favorite, featuring shorts with major film industry names either in front of or behind the camera.

The festival's executive director Darryl Macdonald introduced the filmmakers, writers and producers present, who eloquently spoke about their films.

The exploration of the human condition was alive and well during the evening. The evening’s selections were all fictional, with the exception of Holmes’ documentary, Eternal Princess, about 1976 Olympic gold medal gymnast Nadia Comaneci. The shortest film was Howard’s Solemates. In one minute, the cycle of life unfolded.

The Scarecrow by Phillip Rhys and The Weight of Blood and Bones by Christopher Ekstein were the most haunting shorts. The after party at the Hard Rock Hotel Palm Springs was rollicking and rocking. Shooting Star filmmakers discuss their films on the stage of the Camelot Theatres. Alexander Guder (character of Toby from The Scarecrow) with his real mom, Rosalind Guder. The Very Scientific System producer Monique Keller with writer-director Assaf More at the after party at the Hard Rock Hotel Palm Springs.