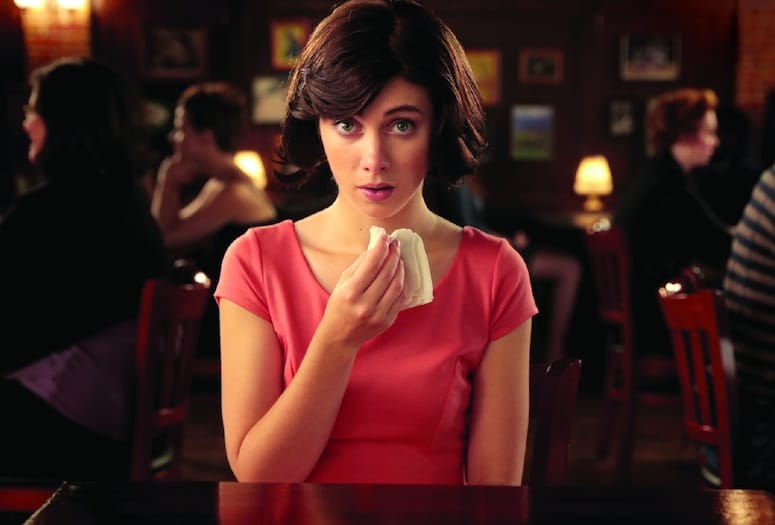 The artfully animated "Speed Dating" mixes live action with stop-motion and pixilation to tell the tale of a young woman (Baize Buzan) hoping to find the man of her dreams.
Photo by Scott Thiele

Ask a film lover to describe the moment cinema changed his life, and you’re likely to get an enthusiastic response. For Darryl Macdonald, executive director of the Palm Springs International Film Society, that moment came when his parents took him to see Bonnie and Clyde.

“It was a revelatory experience for me,” he says. “Up until then, I saw people and events as either good or bad. I had never contemplated the shades of gray that make the world so much more complex than the simplistic good-bad perspective I’d previously held. That film taught me to question everything and come to my own conclusions. It opened my mind to a world of infinite possibilities.”

The Inside Scoop on Palm Springs’ International ShortFest

It was in this seemingly limitless world in 1975 that Macdonald co-founded the Seattle Film Festival with $5,000 he borrowed from his parents. Today, he’s the director of both the Palm Springs International Film Festival, held in January, and its June offspring, the Palm Springs International ShortFest — which, in its 21st year, has become one of the most acclaimed short film showcases in the world.

ShortFest was started, Macdonald says, “to celebrate the short film art form and provide a platform for emerging filmmakers who may go on to become major feature filmmakers.” Indeed, the festival has helped launch the careers of celebrated directors such as Ava DuVernay (Selma), Jason Reitman (Up in the Air), Benh Zeitlin (Beasts of the Southern Wild), Jean-Marc Vallée (Dallas Buyers Club), and Henry Selick (The Nightmare Before Christmas).

After its first year, ShortFest was designated a qualifying festival for the Academy of Motion Picture Arts and Sciences and has since presented 101 short films that eventually earned Oscar nominations.

Today, it’s the largest event of its kind in North America. In addition to screening more than 330 films (presented in 90-minute programs grouped together by theme, such as family, war, or romance), the event includes a four-day program of panels, master classes, and roundtable discussions, plus a Short Film Market that attracts buyers and sellers for television, the Internet, and theatrical distribution.

More important than its size and record of Oscar nods, the Palm Springs ShortFest distinguishes itself with its proverbial welcome mat that rolls out to the 500-plus artists from around the globe who participate in the programs and events.

Macdonald, who received the first Cinema Without Borders’ Friend of International Cinema Award in 2012, says his organization receives glowing reviews in its annual post-festival surveys. “If you ask the filmmakers who attend,” he says, “they’ll tell you it’s the most filmmaker-friendly short film festival in the world, with savvy audiences, great programming, high-quality presentation, and an atmosphere that is hugely conducive to the creative spirit.”