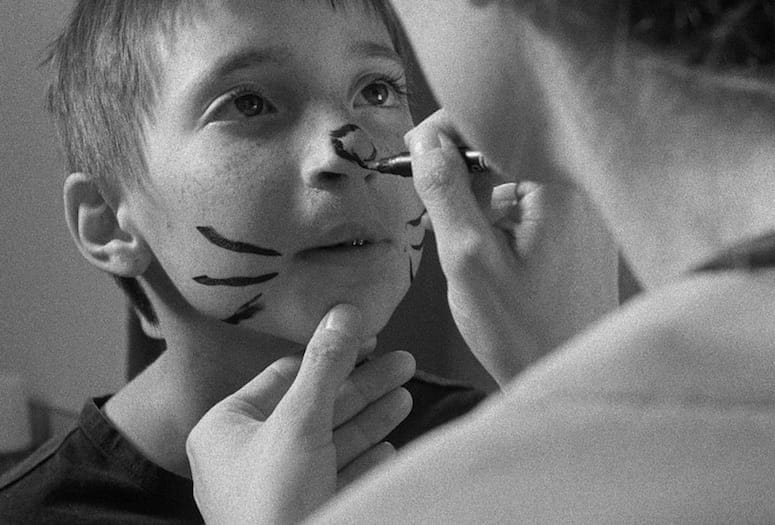 Joychild tells the story of a young child who tells his mother, "I'm not a girl" for the first time. The film screens June 27 during the Palm Springs International Shortfest, which opens June 21 at the Palm Springs Cultural Center.
PHOTOGRAPHS COURTESY PALM SPRINGS INTERNATIONAL SHORTFEST

While the film industry may have seemed stuck in freeze frame during the COVID pandemic, filmmakers did not allow the virus to get in the way of producing short films. That may explain why the Palm Springs International ShortFest received more than 5,500 submissions for the 27th annual edition, which runs June 22-28 at the Palm Springs Cultural Center.

“We were not really sure going into the submissions process, whether the pandemic was going to have a really negative impact on our submission numbers, whether that was going to lower the number of films being made in general, if that was going to hurt people's ability to pay submission fees,” says Sudeep Sharma, co-director of programming at ShortFest. “But it really didn't end up being that way. And we were really lucky and pleasantly surprised to see that so many people were still interested in submitting their work to us and sharing their films with us.”

• READ NEXT: Palm Desert Actor's Passing a Tragic Note to Debut of "Forgive Us" at ShortFest.

ShortFest pared that submission number to just under 300 films that will be screened at the Palm Springs Cultural Center, becoming the first film festival in California to show films in person as the state lifts Covid restrictions June 15. The festival will continue to enforce several pandemic restrictions, including mask-wearing in the theater and whenever not seated, and attendees have been asked to reserve seating online which allows for paperless admission. 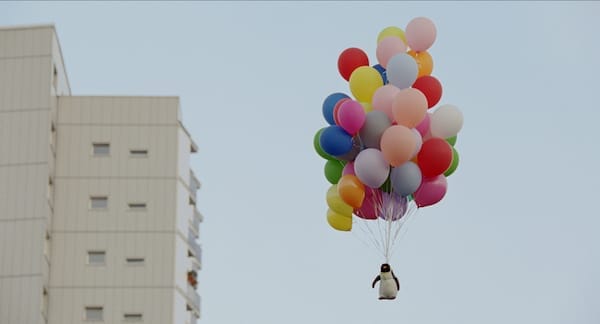 City Penguin can be seen as part of the Sibling Stories genre during ShortFest.

“Right now we're at 50 percent capacity in the theaters,” says ShortFest Artistic Director Lili Rodriguez. “But as soon as we're able to add more seats on June 15th, and hopefully we're able to, then we will do that.”

Rodriguez says the ShortFest team has been working on an in-person version since the year began but with a contingency plan to go virtual if pandemic conditions necessitated it. They had plenty of virtual experience after last year’s ShortFest and the Palm Springs International Film Festival in January both held virtual editions. Their plans to keep ShortFest an in-person event were bolstered in April when Gov. Gavin Newsom announced the June 15 reopening date.

“It was really helpful that early on we knew that this was not just a hopeful time, but something that we needed to work towards,” Rodriguez says of Newsome’s early announcement.

One aspect of ShortFest will be virtual, however. The panels and forums designed primarily for the attending filmmakers  — with some exceptions where the public is invited — will not be in person. However, ShortFest will offer one-on-one sessions for filmmakers only with attending industry guests on June 26.

Palm Springs Life spoke further with Rodriguez, Sharma, and Linton Melita, co-director of programming, about what it means to have people experience the films in person, the impact of the pandemic on film submissions, what program areas are new. 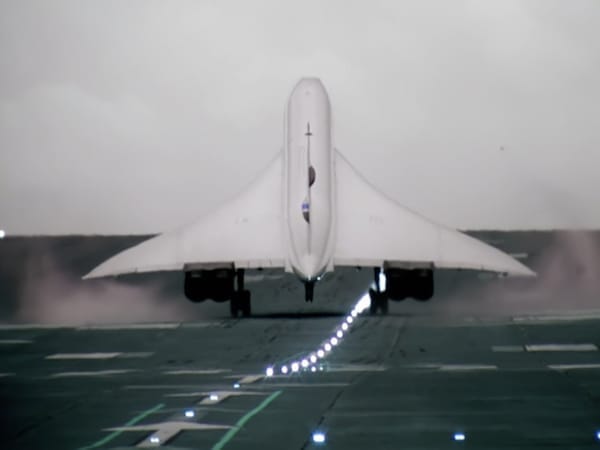 In the Air Tonight involves Phil Collins' hit single by the same name.

ShortFest draws filmmakers from around the world. What impact could the pandemic have on filmmaker attendance this year?

Lili: I think we understand that our attendance numbers may not be where they are. Basically, we were really pleasantly surprised that our submission numbers were right around where we usually are. We keep talking to filmmakers, and they are all still trying to come out and get permission from wherever they are coming from. I think we were all really pleasantly surprised that there was so much interest in filmmakers wanting to share their films and submissions, even in the pandemic year.

What does it mean to you to have people experience the films in person rather than at home in a virtual setup?

Sudeep: I'll just say it's awesome. Especially for shorts, it's a totally different experience to see it in a theater with an audience. It changes what the film is and it changes the experience for the filmmaker and for the audience. I think it really means a lot to the filmmakers because much of what they are doing is, even pre-pandemic, isolating because you're just sending your films out, you don't know what people are saying. It’s really that moment where you are in a public theater showing it, that you can actually see people's responses to what you're doing, and that's what makes festivals great.

Linton: It's kind of a relief to be able to go back into the theater. I think it means so much to the filmmakers to be able to gather in person and speak with, not just audiences, but also meet with their peers and be able to share experiences.

Lili: I'll just add that there's something really nice and poetic about coinciding with Cinema Week ( June 22-27). It's a wider push to get people back into the theater. And so it's just really nice to be a part of this collective group that is keeping that culture of going to the theater, and being together in person.

Were there a large amount of film submissions with the pandemic as a storyline?

Sudeep: I feel like that wasn't an interesting subject for a lot of filmmakers. They would rather make films about something else. Like maybe more "normal" than that. But we do have films about COVID and what's happening in the world and all those types of things. It just wasn't as dramatic as you would think considering what's happening.

Linton: We were expecting a lot of quarantine-style films going into the process and it didn't really end up that way. We saw more films about community, more films about people coming together. We always see a lot of films about family, but especially this past year, we had a ton of films about family and different generations. So, those sorts of things you could really see were on people's minds, even if they weren't being necessarily told directly through the lens of COVID or current events. 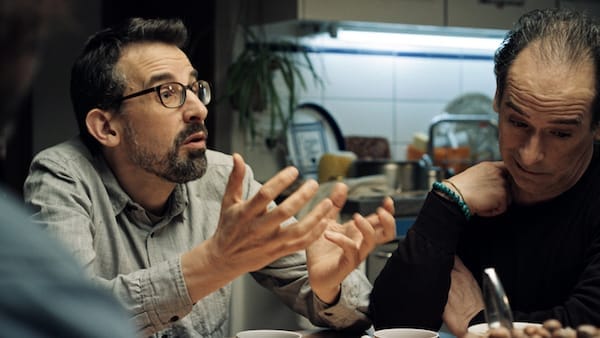 Residents of a flat share discuss the purchase of a new vacuum cleaner in Dirt Devil 550 XS.

What new programming areas do you have this year?

Linton: There are a few social programs that we've never done that includes films about people who are doing something with their lives to help others. One of them is called "Doing My Part" and the other is "Powered and the People." The latter looks at the role of individuals, groups of people, communities in society, in the past year-and-a-half. And, I think that's definitely a program that was informed by just our own reflections on recent times, politics, and the pandemic.

We also have a program this year called Stardust, which is about things of a cosmological nature; things related to the limitlessness of the universe, and stories that don't quite reach science fiction, but are in a sense related to connecting with the spiritual or the celestial. That was an interesting program to be able to put together.

Sudeep: I liked the Social Animals program, which has one of my favorite films of the festival — Dirt Devil 550 XS, which is about a group of German people like a commune with families, couples, and single people. They are discussing buying a Dirt Devil vacuum cleaner. It starts off mundane, but then every person in it is so fully realized through this conversation that it becomes really compelling. And you feel like you identify with everybody there and it's such a funny idea that actually becomes very profound.

• READ NEXT: Palm Springs Women in Film and Television to Screen Short Films.