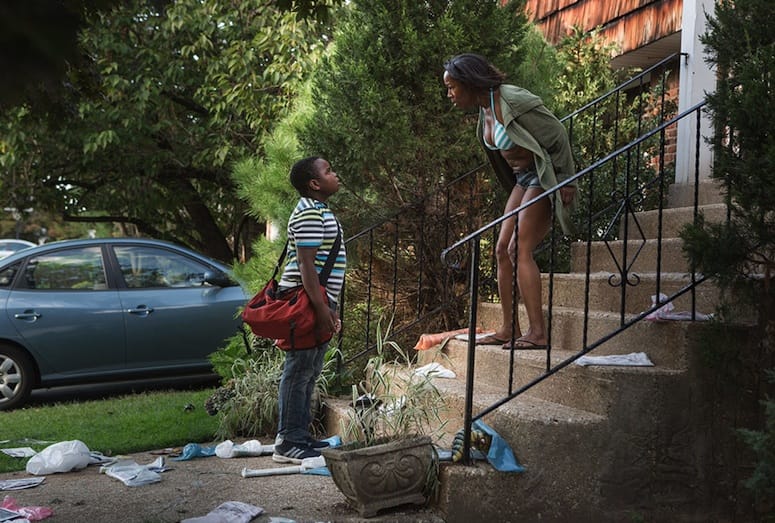 In the poignant Double Negative, a 12-year-old boy grieving his father’s death discovers a surprising connection with a foul-mouthed English teacher on a post-divorce bender. The inspiration came to writer-director Brian Dilg as he was riding his bike around the neighborhood of the Long Island suburb he calls home. “I became aware of a disturbing juxtaposition of what looked to be extremely rich and quite poor neighborhoods. From that, out popped the idea of a woman who grew up in a tough neighborhood who wanted to get as far away as possible, but because of her essential ‘flaw’ — she cares — she moved to the next town and spent her adult life teaching eighth-grade English in her hometown.”

The Inside Scoop on Palm Springs' International ShortFest

The message of the piece, he says, is that “as long as one remains unable to be honest about who he is, he’s unwittingly planting a message that it’s impossible to be yourself, which will have much worse long-term consequences than any pain caused by the [life] changes one has to make.” Speed Dating tells the tale of a sweet but plain young woman desperate to find the man of her dreams.

The artfully animated Speed Dating, which writer-director Meghann Artes says was “heavily influenced” by the work of Czech surrealist filmmaker Jan Švankmajer, mixes live action with stop-motion and pixilation to tell the tale of a sweet but plain young woman desperate to find the man of her dreams. “Each date in the film lends itself to the absurd,” she says, “which is where using animation can really push the joke or storyline to another level.”

While the finished effect is extraordinary, the process — which involved a full cast of Chicago actors and a large film crew — was quite challenging, Artes says. “There were a few wide-angle shots where I was trying to animate about 30 different people and objects at the same time. These shots took up to two hours to capture and required the actors to remain as still as possible and only move in small, controlled increments. Trying not to have the actors pass out from exhaustion was a real concern.” Based on a true story of a Chinese immigrant accused of sexual assault.

Lulu Wang’s Touch depicts the true story of a beloved Chinese immigrant accused of sexual assault. He’s not exactly innocent of the crime, but his guilt is not as straightforward as it seems. “Our society can be very quick to make judgments,” Wang says. “This kind of moral absolutism is incredibly simplistic and often leaves little room for compassion. This story shows that things aren’t so black and white.”

Wang was not personally acquainted with the man whose story inspired the film, but says, “My father often works as a [Chinese] translator for the State Department, and this was one of the cases he did years ago. The story has always stayed with him because [even though] he’s familiar with the cultural differences and has sympathy, he was limited in what he could do to help within the American legal system.”