Scorpius Will Be Viewable Throughout June in Greater Palm Springs 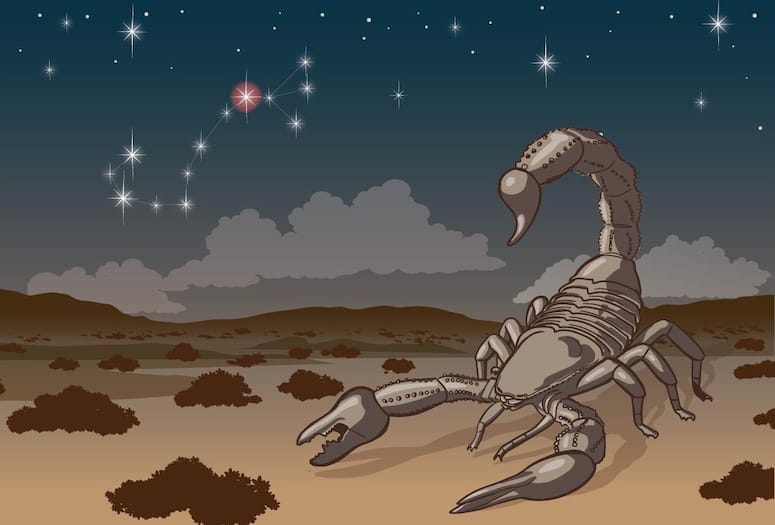 Near midnight throughout June, the constellation of Scorpius will be at its highest point in the southern sky. Scorpius has a hook-shaped string of stars forming the scorpion’s tail and the bright and reddish star known as Antares near the top of the hook. Antares likely got its name because it looks an awful lot like the planet Mars.

Since Ares is the Greek equivalent to the Roman god Mars, anti-Ares essentially means “Rival to Mars.” While there are various myths and objects associated with this asterism, we probably have the ancient Babylonians to thank for the idea that it looks like a scorpion.