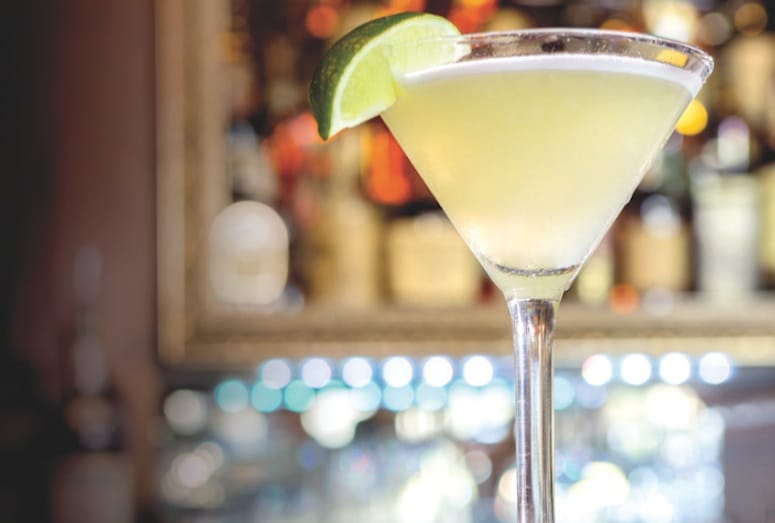 The first American supper club emerged in the 1930s in Beverly Hills, Calif. A concept that quickly caught fire, supper clubs were known for serving casual surf-and-turf cuisine in a semiformal social setting — along with beer and whiskey beverages, live musical entertainment, and dancing.

Smoke Tree BBQ Bar & Grill (formerly the Smoke Tree Supper Club), open since April, features tasty, grill-it-yourself grub (patrons prepare their own entrées, but appetizers and side dishes are created by the chef) in a warm, social atmosphere.

The interior boasts a cozy bar, high top tables, and a private dining room. Antler chandeliers, woodpiles, and birch-print wallpaper lend a desert lodge vibe. Outside, a communal barbecue and tables, as well as a stage where bands perform Thursday through Saturday, put a modern spin on this classic club.

“The idea was inspired by frequent family trips to a supper club in San Diego,” says co-owner Kim Funkey, whose family also owns and operates nearby Giuseppe’s and BAR.

Offering wines by the glass as well as a rotating selection of seasonal brews on tap, the establishment is known for its mescal and tequila concoctions. Co-owner and mixologist Donovan Funkey created a menu of handcrafted cocktails with such names as Pistola, Jalisco Flower, and Smoke Tree Fizz.

The latter is created with egg whites and house-made cucumber simple syrup, which is then shaken over ice with mescal, pisco, and fresh lime juice. The mixture is poured into a chilled martini glass and garnished with a lime.