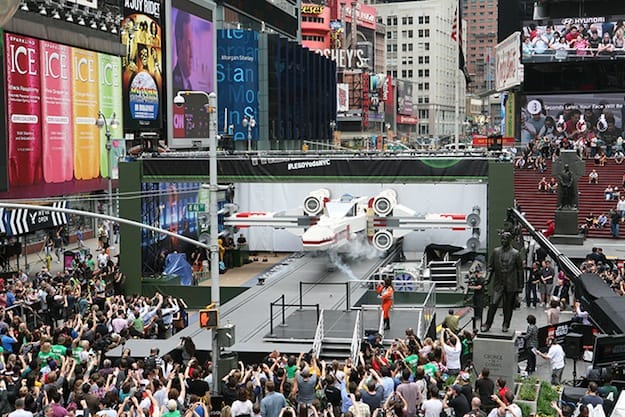 If you’re looking for a way to beat the desert heat this summer, the handful of theme parks within driving distance might be calling your name. Before you pack up the kids (or the kids-at-heart) for a summer road trip, read up on what’s new at these Southern California theme parks.

Disneyland
2012 was the year of renovations for California Adventure, with additions like Cars Land and Buena Vista Street offering park-goers brand new experiences. This summer, Disneyland is revamping its entertainment lineup with its new “Mickey and the Magical Map” show, a live stage production that includes familiar faces from Disney classics like “The Little Mermaid,” “The Jungle Book” and “Pocahontas.”

Meanwhile, the little ones can meet Disney princesses at the new Fantasy Faire storybook village, which also hosts live storytelling performances of “Beauty and the
Beast” and “Tangled.”

First up is the Pacific Scrambler, a classic carnival attraction that spins riders about in all directions. The second addition is Surfside Gliders, where riders pilot their own gliders as they fly through the air with birds-eye views of the Boardwalk. And finally, the park is also welcoming Coast Rider, a family-friendly roller coaster filled with curves and turns reminiscent of the California coast.

LEGOLAND
The force is with LEGOLAND this summer: the hands-on theme park is introducing a new Star Wars X-Wing Starfighter that also happens to be the largest LEGO model in the world.

The X-Wing is made of more than 5 million LEGO bricks, weighs nearly 46,000 pounds and will be on display through the end of the year.

The park is also introducing a 4-D movie, “Legends of Chima,” that takes guests on a journey of good versus evil in a magical animal kingdom with special effects like wind and water.

Your LEGOLAND vacation doesn’t have to end when the park closes, thanks to the newly opened Legoland Hotel. Rooms come in pirate, kingdom or adventure themes, and kids get their own bunk beds and TV. Of course, plenty of LEGO-rich play areas also line the property, keeping youngsters busy as they pretend to be knights in the atrium’s castle or fight LEGO dragons on their quest for treasure.

SeaWorld San Diego
Summer is bringing a new musical show to SeaWorld San Diego. “Madagascar Live! Operation Vacation” is a 20-minute performance that follows a familiar cast of “Madagascar” characters, including Alex the Lion, Gloria the Hippo, the penguins and King Julian, as they vacation and party with the audience.  A live band and dancers round out the show.

SeaWorld is also helping visitors cool off this summer with its new Aquatica Waterpark. Dozens of water slides and rides, a 1,250-foot lazy river and one of Southern California’s largest wave pools will help the family beat the heat at SeaWorld.

You’ll be flying 160 feet in the air at speeds of up to 70 mph, and if that’s not enough thrill for you, keep in mind that you’ll also be tackling this coaster both backward and forward.