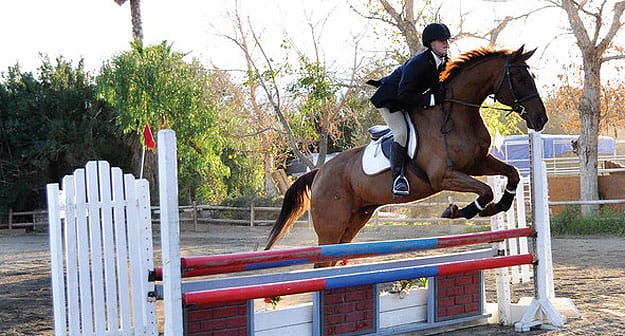 New events add variety to the Coachella Valley’s renown as Mecca for golf and tennis.
Photo by Selena Frederick/Cheval Photos

With more than 130 courses sprawling from one end of the Coachella Valley to the other, golf generates a lot of money for the desert. In addition to greens fees, golfers spend money in clubhouses on golf equipment and apparel, lessons, tournament fees, and food and beverage.

Over the last year, this stalwart segment of the local economy maintained an even keel, with attendance more or less breaking even at the Kraft Nabisco Championship at Mission Hills. And when Countrywide mortgage company collapsed, Starkey Hearing Foundation assumed sponsorship of the Frank Sinatra Celebrity Tournament.

Other sports also are making their mark on the local scene. Attendance of about 340,000 at the BNP Paribas Open, which takes place in March at Indian Wells Tennis Garden, made it the first tournament outside of the Grand Slams to pass the 300,000 mark. A 2001 economic impact report revealed $120 million pumped into the local economy from hotel bed taxes, transportation, retail, food and beverage, and related business. In 2006, with attendance of 270,000, that number almost doubled to $230 million.

“Now that we’re in the 350,000 [attendance] range, you’d have to think that number is closer to $270 or $300 million,” says Tournament Director Steve Simon. “We’ve become a major event on the international sporting calendar. … People are planning their vacations and holidays to see professional tennis in Indian Wells.”

Tennis-loving magnate and Oracle CEO Larry Ellison’s 2009 purchase of the tournament, facility, grounds, and sanctions ensures that the tournament remains in Indian Wells indefinitely. BNP Paribas shows great staying power as well, with three years left to go on its initial five-year title sponsorship agreement. According to Simon, there’s every indication BNP Paribas will exercise its right to extend the agreement for a second five-year term.

While the tournament is the primary focus of the Indian Wells Tennis Garden (and will remain so, says Simon), professional basketball games held against the dramatic backdrop of the Santa Rosa Mountains attract a diverse audience. This year, the Phoenix Suns take on the Dallas Mavericks. Past match-ups included the Suns playing the Denver Nuggets and the Golden State Warriors.

“It’s been a big success for us, and a great success for the valley to have the NBA in town,” Simon says. “The Suns and the NBA seem very happy with it, so I see that continuing as well.”

On the participatory front, two inaugural events promise to enhance the valley’s growing sports’ repertoire. In a first for the area, Palm Springs and Rancho Mirage will host the Modern Pentathlon World Cup in February. The Olympic event includes five combined sports executed within a 10-hour period, simulating the experience of a 19th century cavalry soldier. Pentathletes must ride an unfamiliar horse, fight with pistol and sword, swim, and run.

The event marks a definite coup for the Coachella Valley as the first World Cup on U.S. soil since 1999. Other applicants for the honor included Mexico, Brazil, Argentina, Dominican Republic, Cuba, Guatemala, and Canada. Each year, the International Union of Modern Pentathlon awards five World Cup events to cities around the world, with athletes earning qualifying points for the World Cup Final and Olympic Games.

“We have worked very hard with our Olympic pentathletes — our youths, juniors, camps, and competitions,” says Michael Cintas, World Cup riding director, organizing committee board member, and Olympic equestrian coach for the men’s and women’s teams. He cites past success of national and international pentathlon camps held at Equestrian Centers International in Rancho Mirage with encouraging the union’s decision to bring the event to the desert.

Cintas anticipates the World Cup’s economic impact on the valley will result in more than 2,000 hotel rooms booked and involve the community at all levels, from approximately 500 volunteers to host resort Agua Caliente Casino, as well as drive money into associated retail, food and beverage, and entertainment sectors. The event also benefits in-need equines; Cintas plans on using rescue horses for some of the pentathlon riding events.

This month (October), women from throughout Southern California will swim, ride, and run in and around La Quinta’s Lake Cahuilla, competing in the last leg of the Trek Women Triathlon Series. Race Director Maggie Sullivan credits the weather and venue’s ease of use with choosing La Quinta as the sole Southern California locale for this national series’ finale, edging out previously chosen competitors San Diego, La Jolla, and Newport Beach. Sullivan views the desert as much as a destination as a great place to race, adding that she hopes the Coachella Valley becomes a permanent stop in the series.

“It’s a nice getaway,” Sullivan says, noting that most Trek Women races take place in big-city parks. “I can certainly see where gals will want to visit the desert for a few days.”