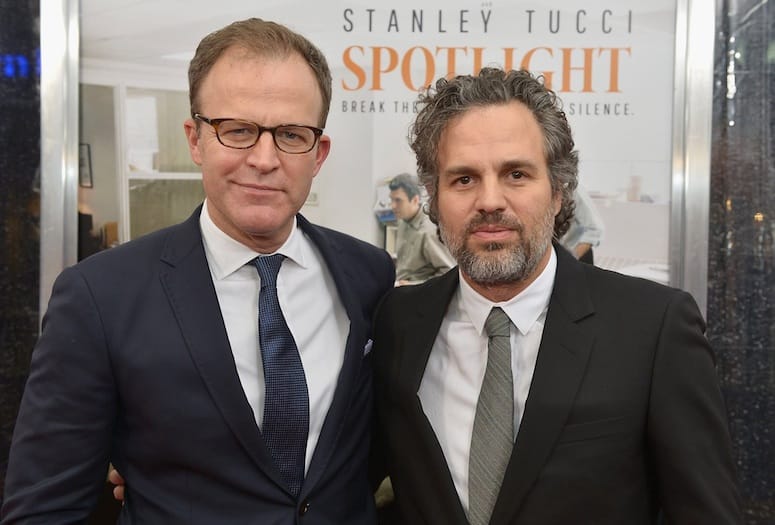 Director Tom McCarthy with actor Mark Ruffalo from the movie, Spotlight, which is the true story of the Boston Globe investigation of the Catholic Church.
Photo courtesy of Spotlight movie

McCarthy's list of filmmaking credits include The Station Agent, (which won a BAFTA for Best Original  Screenplay and two Independent Spirit Awards) Win Win, The Visitor, The Cobbler, and Up (which earned him an Oscar® nomination for Best Original Screenplay).