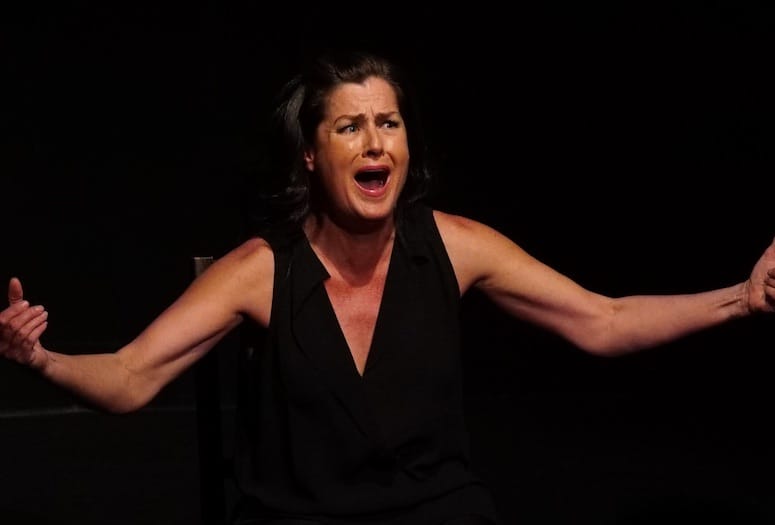 Cathy Schenkelberg says Squeeze My Cans “is really about anything you feel trapped or stuck in.”
PHOTOGRAPHS COURTESY CATHY SCHENKELBERG

She was in her early 20s when they found her. It was the late 1980s, and Cathy Schenkelberg was a wide-eyed young Catholic from Nebraska. She had just moved to Chicago with aspirations of being an actress/singer, but she also wanted to make a difference in the world. Schenkelberg was considering the Peace Corp when another actress told her she could stay in show business and help make a difference in the world. All she had to do was join Scientology.

Schenkelberg signed up for some classes while simultaneously making a name for herself in the voiceover community. You may have heard her on national campaigns for Applebee’s and S.C. Johnson. Scientology heard her too, because the more money she made, the more the church dug its hooks into her. In her 20 years of Scientology, Schenkelberg gave them just shy of $1 million dollars, “But it wasn’t the money,” she says, “it was the time that I lost.”

Schenkelberg started her Scientology journey in Chicago, but she soon moved to Hollywood where, for a time, she lived at the infamous Celebrity Center paying $40,000 for a six-month stay. She admits it was pretty swanky; there was a concierge who would attend to your every need. Isaac Hayes was her neighbor. “I was completely brainwashed at that point,” she says.

In Squeeze My Cans, Schenkelberg takes audiences on that journey from being a happy kid in Nebraska and fishing with her dad, all the way through her indoctrination in the church, taking a deep dive into the ruthlessness and the callousness of the church’s “policies” and how far they will go to keep you in the fold. It is fascinating, mind-numbing, enlightening, and laugh-out-loud funny all at the same time. There may be a mention of Tom Cruise, and perhaps a puppet or two in the telling.

“The show,” she says, “is really about anything you feel trapped or stuck in. Scientology is just one example, a bad marriage or a job you hate, that fear of leaving something. But when you get to the other side of it, you realize it was much easier than the effort you put into doing it.” But if you’ve ever been curious about Scientology (fun fact: they own a compound near Hemet where the infamous “Hole” is located, and a home in La Quinta), buckle up for one helluva ride.

She’s been touring all over the world and has won “Pick of the Fringe” in Hollywood, Adeleide, Vancouver, Calgary, and Edinburgh over the past few years, but the show actually had its kernel in Palm Springs at Scott Smith’s house. A well-loved actor and director she had known since their Chicago days, Smith was that one-of-a-kind friend because he listened but never judged. Over martinis one night she told Smith she was going to write a show about her journey and, as always, Smith was her never-ending cheerleader; as Schenkelberg puts it, “he kept me accountable.” 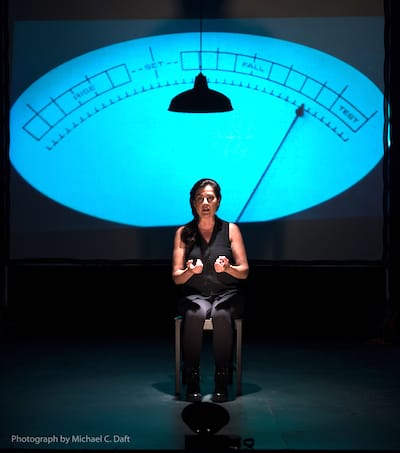 Schenkelberg credits her daughter with convincing her to leave the church. She had opposition to many of their teachings: they were anti-gay; she had gay friends. To make her understand their point of view, no kidding, she had to make clay figures out of playdough and then act out scenarios with the figures. We won’t even get into Xenu, the galactic overlord. But she was compelled to leave when the church began whispering in her daughter’s ear about joining the SeaOrg (which came with a billion year contract), she grabbed her best girl and fled. But it wasn’t easy.

“When you’re a Scientologist, all of the people around you are too,” Schenkelberg says, “I was not only indoctrinated, I was also isolated. My manager, my agent, my doctor, my chiropractor, my dentist, my accountant, and my friends – all were Scientologists, and I knew that when I was going to leave, they would also leave me.”

It wasn’t until Schenkelberg was out of the church that she learned her family had been terrified for her. She was labeled a suppressive (a church term for bad influence) in 2011, the same year her cherished father died. After his death, her mother found a shoebox full of letters and clippings all about Scientology, with letters he’d sent to the clergy and to people who deal with cults, a Time magazine article, as well as due diligence researching Scientology and disconnection. “If I’d known, I would have left earlier. Hindsight,” she says with a sigh.

The title, Squeeze My Cans, comes from the auditing cans that are hooked up to an e-meter that helps you go “clear.” As Schenkelberg puts it, “Everybody’s into different s--t.” So when she got out of Scientology she went to an Indian store in Los Angeles and bought some beads. “I needed something – I asked for beads that represent healing and growth, and I made this bracelet out of them.”

She always wore it, and was wearing it when she went to see Smith’s critically-acclaimed Rabbit Hole at Dezart Performs that he directed. It was late January 2018, two years after she had written Squeeze My Cans, a year after she had won Best of Fringe in Hollywood and Edinburgh, and two months before Smith would die of a heart attack on March 1. They were in his kitchen and he was mixing one of his famous martinis, the ones with the hand-stuffed olives, when he suddenly turned to her and said, “You know, you did it, Cathy. You said you were going to do it, and you did it. You followed through on what you put out there.”

It was at that very moment Schenkelberg experienced a real-life metaphor; the bracelet she had made so many years ago broke apart and all of the beads clanged on the ground and scattered.

Proceeds from her performance will go to Dezart Performs and the Scott Smith Scholarship Fund.