The Warburton Returns to the Desert to Aid St. Jude Children's Hospital 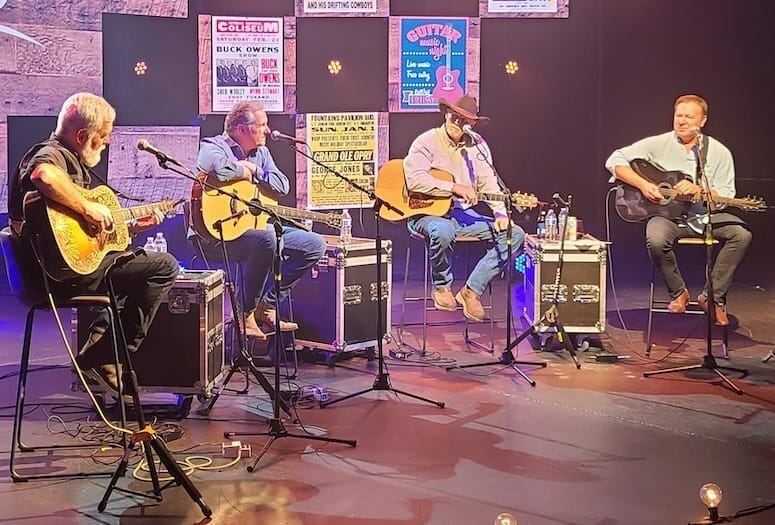 Songwriters Night kicks off The Warburton on Feb. 24 on the tennis lawn at JW Marriott Desert Springs. Songwriters tell the stories behind the songs.
PHOTOGRAPHS COURTESY THE WARBURTON

The 12th annual Patrick Warburton Celebrity Golf Tournament, known as The Warburton, returns to the desert February 24-27 – with all evening events being held outdoors out of an abundance of caution due to the pandemic. The Warburton raises awareness and funds for St. Jude Children’s Research Hospital.

Approximately 75 stars, songwriters, and rock legends join golfers and other attendees for an annual weekend of golf and one-of-a-kind music events benefiting St. Jude. The music events were held virtually in 2021 during the pandemic, raising $1.8 million – bringing the total raised by The Warburton for St. Jude to over $18 million in 12 years. St. Jude is leading the way the world understands, treats, and defeats childhood cancer and other life-threatening diseases. Events like The Warburton help ensure families never receive a bill from St. Jude for treatment, travel, housing or food

Tournament host, actor Patrick Warburton – best known for playing Puddy on Seinfeld as well as the star of the syndicated sitcom Rules of Engagement, the voice of Joe on Family Guy and numerous roles in movies like Ted and Ted 2, The Tick and Disney’s The Emperor’s New Groove as well as Netflix’s Lemony Snicket’s A Series of Unfortunate Events – brings together his celebrity friends to highlight a star-studded weekend in the desert that benefits the kids of St. Jude. 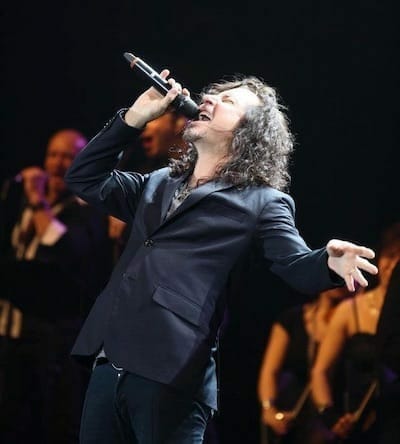 Steve Augeri, former lead singer for Journey from 1998 to 2006, will participate in this year's Rheneypalooza Jam.

Songwriters Night, Feb. 24, Tennis Lawn of the JW Marriott Desert Springs: This year’s featured songwriters include Lee Thomas Miller, whose credits include svene No. 1 country hits such as “The Impossible” and “The World” performed by by Brad Paisley, and Trace Adkins hit, “You’re Gonna Miss This” for Trace Adkins; Eric Paslay, who has written several country #1’s including “Even If it Breaks Your Heart” and collaborated with Amy Grant and Dierks Bentley; Tim Nichols, who is known for his Grammy-winning “Live Like You Were Dying” performed by Tim McGraw and hits he’s written for artists such as Reba McEntire, Gretchen Wilson and Travis Tritt; and Kelley Lovelace, who has co-written with Brad Paisley and written for Carrie Underwood, Jason Aldean, Luke Bryan, Kenney Chesney and Keith Urban. Tickets are $150 per person and include a barbecue dinner and drinks.

Rheneypalooza Jam, Feb. 25, Tennis Lawn of the JW Marriott Desert Springs: The Rheneypalooza Jam is named for event co-founder and Board Chairman, Clarke Rheney, and has been a quick sell-out in recent years because of its unique line-up of Rock-and-Roll Hall of Famers and other legends who perform their hits. The line-up of artists performing in this year’s Rheneypalooza Jam joining the talented house band, SIXWIRE, include Alice Cooper, Mike Mills (R.E.M), Mickey Thomas (lead singer of Starship), Steve Augeri (formerly of Journey), Wally Palmar (lead singer of The Romantics), Al Paris of Kool & the Gang, Ed Roland (lead singer of Collective Soul), Scott Stapp (lead singer of Creed), Jeff “Skunk” Baxter (formerly of Steely Dan and The Doobie Brothers), Matt Shafer (aka Uncle Kracker) and country star Phil Vassar. Surprise guests are expected, as well. Tickets are $200 per person. 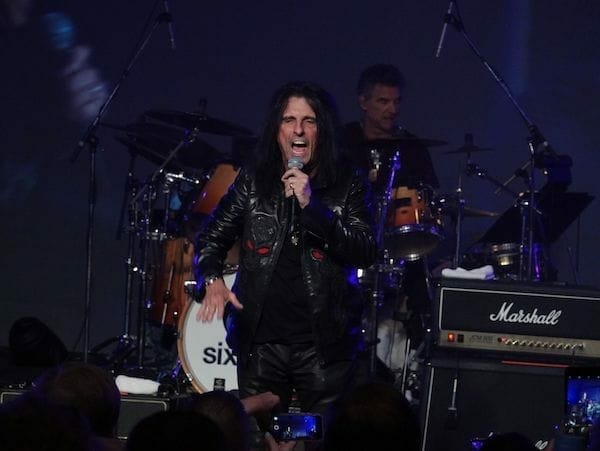 Alice Cooper is part of the Rheneypalooza lineup on Feb. 25.
The celebrity golf tournament, which is sold out, will be held February 26 and 27, at the Classic Club and the Desert Willow – both in Palm Desert. Other ancillary events that are part of The Warburton include the St. Jude Coachella Valley Dream Home Giveaway (more information and tickets can be purchased by going to DreamHome.org) and an Alpha Media Radiothon that will be held February 16 - 17, on the following stations: KKUU-FM 92.7 FM; KCLB-FM 93.7 FM; KDGL-FM 106.9 FM; Mod-FM 107.3 FM; KPSI-FM 100.5 FM; KNWZ-AM/FM 94.3 FM; ESPN 103.9 FM and KDES-FM 98.5 FM.

Attendees will be required to show proof of vaccination for COVID-19 or a negative COVID-19 within the past 48 hours. There will be onsite testing available as well.

• READ NEXT: Oasis Music Festival Will Fill Historic Plaza Theatre In May With 19 Acts.