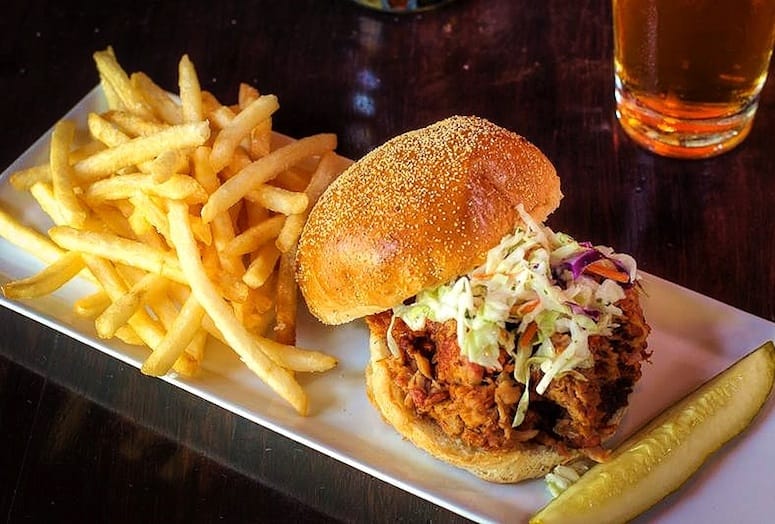 A steady stream of Cowboy hats and boots are taking over the Coachella Valley this weekend, April 24-26, when the Indio Polo Grounds hosts line-dancing, honkey-tonk, and celebrates country music’s most celebrated musicians.

Stagecoach Festival 2015 will mark the 10th year of the event, attracting country music fans from around the country to the Greater Palm Springs area. The three days of camping, music, dancing and celebrity-spotting will have plenty of food to fuel the fun.

Here is a sample of some of the local fare on hand to enjoy. Jackalope Ranch Restaurant will feature two food booths, serving up burgers and BBQ to “beef up” the festival line-up.

Burger and BBQ fans will not lack a selection of offerings at this year’s festival. Jackalope Ranch Restaurant will have fans stepping double-time to one of their on-site booths. The Burger and Fries booth will keep it simple and down-home with grass-fed hamburgers, cheeseburgers, and fries. The BBQ booth will take it low and slow with 16-hour-smoked, pulled pork, beef brisket and chicken BBQ sandwiches. Think of it as “meat-fix-fixin’s.”
Jackalope Ranch, 80400 CA-111, Indio, 760-342-1999; www.thejackaloperanch.com A full set-up of craft burgers, like the Eureka! Fresno Burger with bacon, fig marmalade, and arugula will put California on the map in the hearts of meat-loving, music fans.

Eureka! will have Stagecoach fans stampeding over to fuel up on Truffle Cheese Fries, Osso Buco Riblets, the Original Eureka! Burger, and the Fresno Fig Burger. A Veggie Beet Patty is available for substitutions on both burgers for country fans who have given meat “the boot.” The full-service restaurant is located nine miles from the festival, in Indian Wells. Cali BBQ will “represent” at this year’s Stagecoach festival with locally prepared, open-pit offerings of  meaty might from CV BBQ.

This locally grown business began three years ago and has generated a loyal fan base each week at Village Fest on Thursday nights in downtown Palm Springs. This is the second year they have served up Santa Maria style, open-pit BBQ at Stagecoach, featuring Beef Tri Tip and Chicken & Linguica (Portuguese smoked sausage) sandwiches.
CV BBQ, 760-668-3370; www.cvbbq.com

Las Casuelas La Quinta will be on site with traditional Mexican favorites to fuel the fiesta. Murph’s Gaslight, a long-time valley favorite in Bermuda Dunes, will not leave fried chicken fans fit-to-be-tied. Moo, snort, cluck or veg, Stagecoach fixin’s will have fans in good stead.