The Man Behind The Music 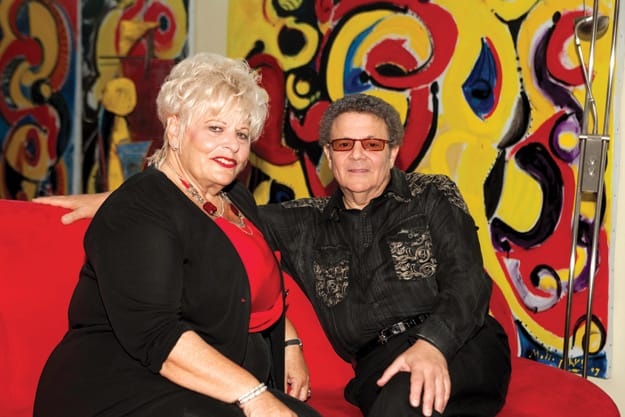 Bette King and Dennis Lambert discuss The Man Behind the Music during a promotional reception at the Rancho Mirage home of Mario and Rebecca Pikus.
Photo by FELIX MARQUEZ

Eighteen years ago, Bette King designed a nursery for “a princess.” The close friendship that developed between her and clients, as well as her passion for helping people with disabilities, led to the Nov. 14, 2010 fundraising concert The Man Behind the Music.

The event celebrates Dennis Lambert, who has written and produced hit songs on pop, R&B, rap, jazz, country, and adult contemporary charts. A luncheon gala and evening concert featuring Natalie Cole, the Commodores, Tavares, Player, and other entertainers who have recorded Lambert’s songs benefits DesertArc, which enhances the quality of life for people with developmental disabilities.

King and her husband have long supported and cared for a young man who suffered brain damage after being in a coma for two years. After visiting DesertArc in Palm Desert, King says, “I decided I needed to help them out.” This summer, she organized the fundraiser.

The seed was planted during a visit with Lambert’s family in Boca Raton, Fla., after she watched a film Lambert’s son Jody made documenting his father’s concert trip to the Philippines. “In the Philippines, you say ‘Dennis Lambert’ and they know who he is,” King says. “Nobody gets married there without a song he wrote [“Of All the Things”]. He was greeted at the airport like Elvis.” After viewing the documentary, titled after that song, King told Lambert, “You are the man behind the music, and you need to come out from behind. People [in the United States] need to know who you are.”

The fundraiser, which combines her love for Lambert and helping people with disabilities, achieves that goal and more. He called on talent who recorded his songs, and King arranged for a venue (The Show at Agua Caliente Casino), sponsorships, and promotion.

Even the DesertArc choir will take the stage — singing “One Tin Soldier,” written by Lambert and used as the theme for Billy Jack.