Step Back to 1964 at Modernism Week Fall Preview 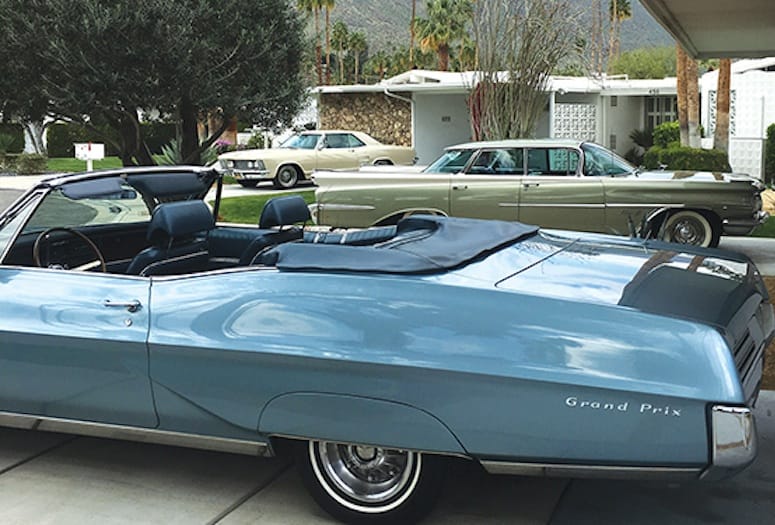 Vintage cars from the 1960s will be part of the Cul-de-Sac Experience during Modernism Week Fall Preview.
PHOTO BY TOM DOLLE

Modernism Week is all about nostalgia, so it’s no surprise that one of its new counterpart events during Modernism Week Fall Preview in October aims to take its audience back to 1964.

Newly expanded this year, Fall Preview offers four days of teaser events (Oct. 19-22) to whet the modernist appetite before the 11-day international architectural festival hits town in February. The “Cul-de-Sac Experience” invites ticketholders to Canyon View Estates Section 4, a neighborhood in Palm Springs, for a tour of six homes that were built in 1964. The tour will be artfully curated with a period-perfect experience showcasing the homes’ architecture, interiors, and original development sales brochures.

Tom Dolle, the event organizer whose home is included on the tour, promises the experience will “take you back in time.” He asserts, “Tour guests will have no idea they are not in in 1964.” 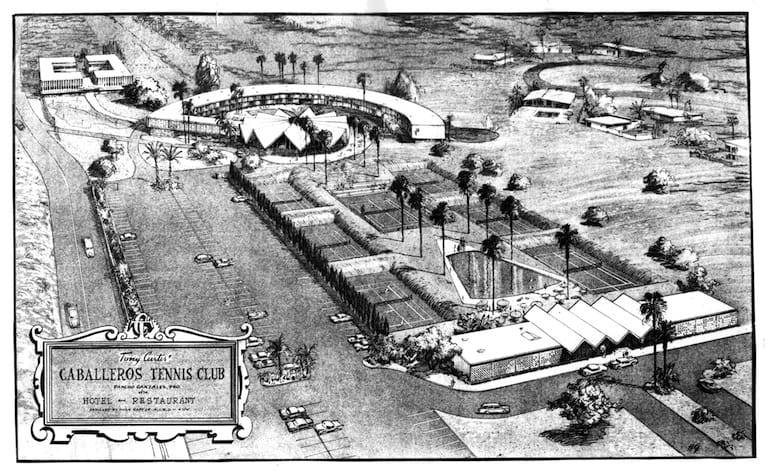 ORIGINAL DESIGN BY HUGH KAPTUR/DRAWING COURTESY OF BOB FEY
A drawing of Tony Curtis’ proposed Caballeros Tennis Club, which never materialized after the divorce from his wife, Janet Leigh.

Development began after another project fell through. Fey had plans to develop a tennis club with actor Tony Curtis and his wife, Janet Leigh, but their divorce complicated things, opening the door for Fey to instead team up with Krisel to build a tract of homes.

All six houses in Section 4 have the exact same floor plan with clerestory windows, umbrella ceilings, and patterned block walls. “The first section was built in 1963 and the last was built in 1965,” Dolle says. “Section 4 was built in 1964 — we found a carpenter’s signature and date under an original vanity.” Each homeowner has personally decorated their interior in keeping with the ’60s theme, providing a creative, individual interpretation of a Krisel classic.

Dolle, who is also the creative design force behind many of the retro logoed and printed products available at the downtown Palm Springs gift shop Destination PSP, has worked with each of the homeowners in curating the “Cul-de-Sac Experience” to be sure the event is a new Modernism Week favorite.

Original archival materials of each home will be on display in a vintage trailer, set up as a mock sales office. Era-specific music will complete the time-capsule experience. 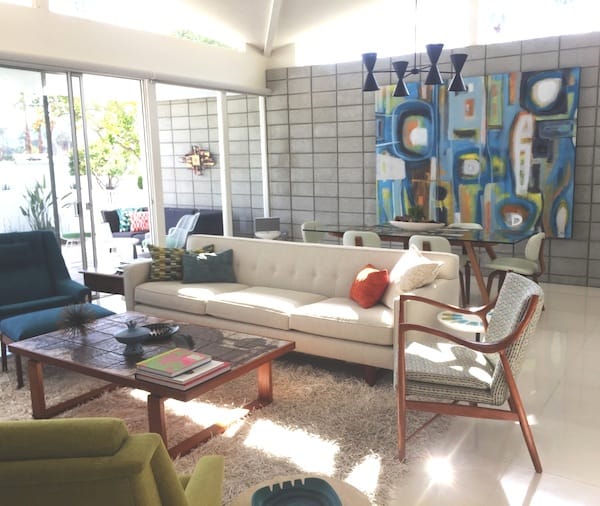 Another special component of this walk down memory lane is the array of 1960s cars that will be on display in each driveway, curated from private collections by Jeff Stork, a well-known classic car restoration specialist. 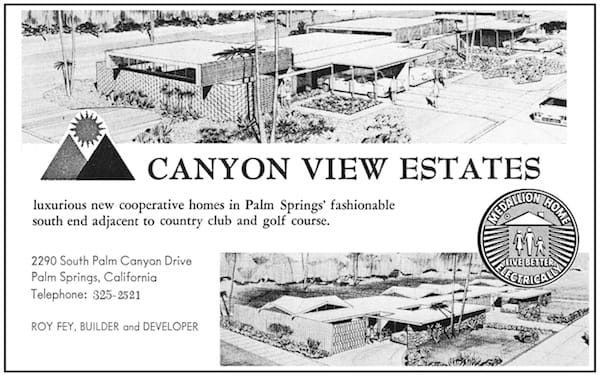 An ad from the January 1964 edition of Palm Springs Life, espousing the homes of Canyon View Estates.