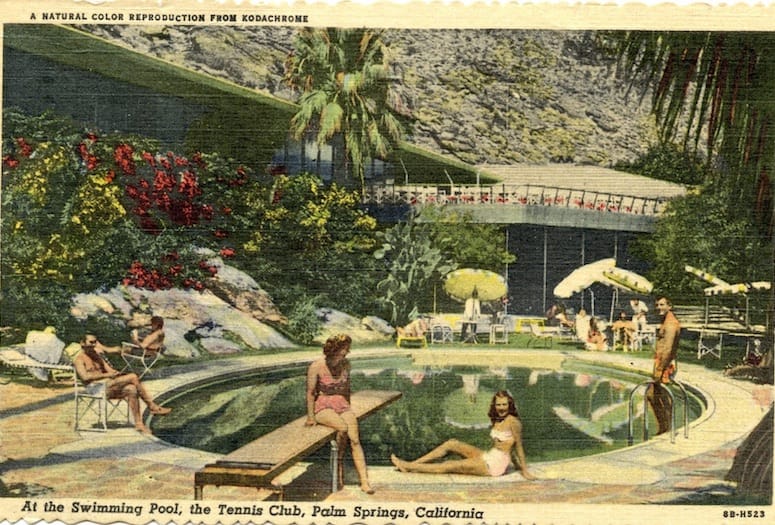 There’s a photograph in Palm Springs Art Museum’s new online exhibition that shows a 22-year-old Stephen H. Willard stranded on a dirt path in the desert, surrounded by creosote bushes and changing a shredded tire on his vehicle. It was shot in 1917, before automobiles had demountable rims, and demonstrates the lengths he’d go, with the weight of his C.P. Goerz 8×10 Format Bellows Camera, to capture the most compelling images of the desert  in its most dramatic light.

An Illinois native who grew up in Corona, Willard began making the 68-mile trip to Palm Springs in 1914 — a teenager with a camera given to him by his father, a dentist, who opened the youngster’s eyes to nature and inspired a lifelong career. After high school, Willard briefly enrolled at Pomona College and served a year as an army photographer in France during World War I. Discharged in 1919, he returned to Palm Springs and published the booklet The Desert of Palms, met (in Idyllwild) and married Beatrice Armstrong, and settled in town.

For the next couple of decades, he traveled by car and burro to remote areas of the Colorado and the Mojave deserts, amassing a prodigious body of images. In the process, he became an unlikely pioneer and promoter of Palm Springs — a legacy showcased in the web-based exhibition Stephen H. Willard Photography, at psmuseum.org.

“The idea held by most people that every mile of the desert is like every other mile could not be a more mistaken one,” a 21-year-old Willard wrote in an article for the 1915 American Annual of Photography. “Let one take his camera, canteen, blankets and provisions, and go out for a week’s stay in the desert solitudes, and he will always come back deeply impressed by its supreme majesty and mystery.”

Over the years, Willard’s eye and technique sharpened, and he became a master of his medium, brilliant in the way he identified his subjects and composed his views. Now, although lesser known than, say Edward Weston and Ansel Adams, those in the know revere Willard as one of the great photographers of the American West.

His years in Palm Springs coincided with the golden era of California impressionism, when the desert, like Laguna Beach and Carmel, emerged as an artist colony. Nellie Coffman opened the area’s first art gallery at The Desert Inn, her hotel and sanatorium, in 1909 and exhibited paintings by some of the most renowned early desert painters — Carl Eytel, Gordon Coutts, Alson Skinner Clark, Jimmy Swinnerton — and, beginning in 1922, photographs by Willard. He also sold prints and postcards at the Palm Canyon Trading Post, which Beatrice managed, on the site of today’s Indian Canyons trading post. 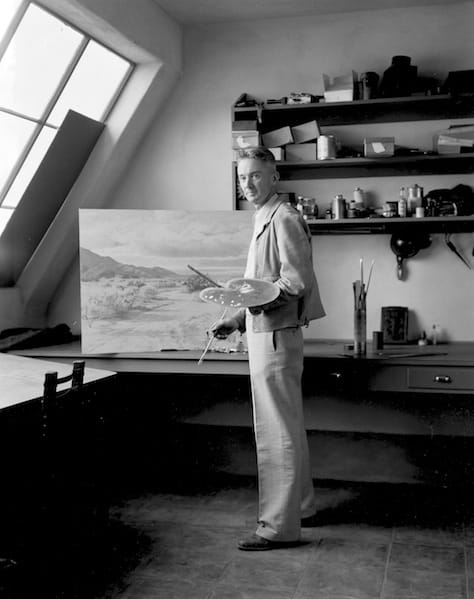 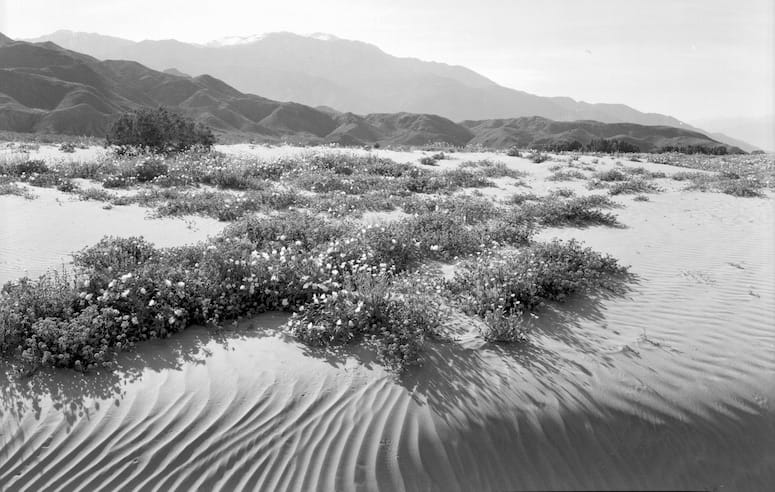 Willard, who spent summers and opened a second gallery in Mammoth Lakes, had a notable and lasting impact on photography — he pioneered the paint-on-photo technique and replicated the colored images as postcards, which remain collectable today — and on the environment: In 1930s, his atmospheric black-and-white photographs were used to promote Death Valley and support a proposal that led to the creation of Joshua Tree National Monument (now a national park).

In 1947, as Hollywood celebrities and tourists transformed Palm Springs, Willard moved from his south Palm Springs home and studio — now enveloped by Moorten Botanical Garden — to Owens Valley, where he died in 1965.

Palm Springs Art Museum holds the Willard archives — more than 16,000 items, including photographs, glass and film negatives, hand-colored lantern slides, photo-paintings, postcards, correspondence, maps, and photographic equipment — donated to the institution in 1999 by Beatrice “Bettie” Willard, the photographer’s daughter. It’s where we found him stranded on a dirt road in 1917.