Palm Desert Charity Events Stepping Out For College Of The Desert 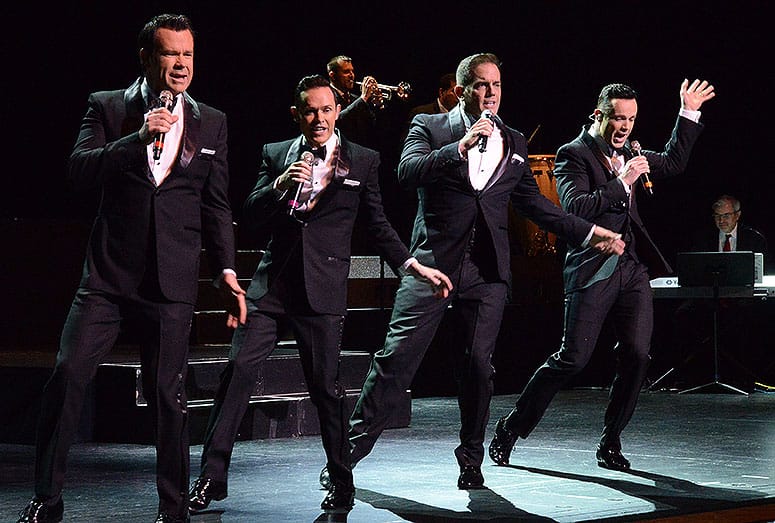 A pre-show dinner, catered by Lulu’s California Bistro, gathered Foundation Board members and major supporters in the Founder’s Room and patio.

The opening segment of the evening in the McCallum Theatre presented videos and live presentations by students who shared their experiences at COD. They were part of the 80% of the student body who are first generation college students, arrive with very limited finances, and have serious doubt that they will complete their college program.

Their success stories related tales of their biggest challenges such as paying for books, childcare, fear of success and fear of failure. Diane Gershowitz, Chairwoman of the event, was featured in a video that explained the "You Can" campaign, which the Foundation launched last November to help provide scholarships, academic support and career counseling. Also, the campaign contributes to expanding programs and services designed to help students stay and succeed in school.

Major sponsors and supporters knew they would be in for an energetic and unique musical experience with the evening’s entertainment. Smokey Robinson presents Human Nature: The Motown Show is Australia’s top selling pop vocal group and a Las Vegas favorite. The handsome and dapper quartet re-imagined the sounds of Motown to present a show that was as unexpected as amazing. They performed such songs as Dancin’ in the Street, Sugar Pie, Stop in the Name of Love as well as other hits by The Four Tops, the Supremes, The Temptations, Stevie Wonder and more. The sold out crowd sang and danced in the aisles and were delighted that they all remembered the words to these favorites.