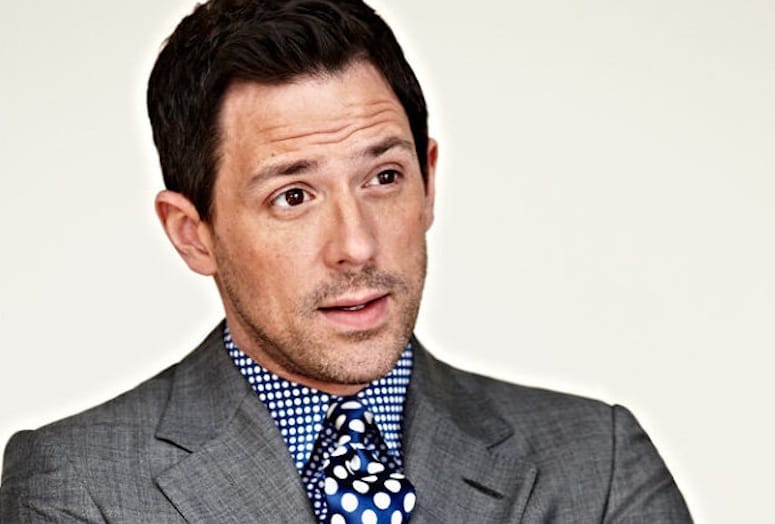 Steve Kazee says he comes out to Palm Springs about once a month and spends the weekend at the Ace Hotel and Swim Club.

“I kick back, lay around the pool and write a bit of music,” says Kazee. “I feel at home in the desert. I find the solitude of the desert appealing. It frees the mind to think.”

Apparently the desert is having an impact. Kazee has had amazing successes the past few years.

At 6-foot-2, Kazee is a leading man type that can sing. He channeled this winning combination as a musical theater actor to earn the 2012 Tony Award for Best Actor in a Musical for his role as Guy in the Broadway hit, Once.

He’s also a musician having earned a 2013 Grammy for Musical Theater Album, also for his role in Once, playing an Irish singer with an acoustic guitar out to create an album.

Off Broadway, he is featured in Christina Perri's song,  A Thousand Years, Pt. 2, which appears on The Twilight Saga: Breaking Dawn – Part 2 (Original Motion Picture Soundtrack), and garnered critical acclaim with its soulful sound. Currently, he’s awaiting word on the status of, yet, another creative genre, television, for his role in the ABC pilot, Warriors.

Kazee will appear at the Copa Room Palm Springs May 17 where he hopes to mingle with the audience.

“There is a beautiful communion in sharing music in concert with people,” Kazee says. “We are all changed in some way by the experience. I like to talk to people after the show, and I want people to know that I want to know about their stories. To get to know the people I’m singing for and get their feedback as well.” Falling Slowly
On the night he won his 2012 Tony Award for Best Actor, Kazee had just lost his Mom and he had ended a relationship.

“The night was surreal,” he recalls. “I like to say ‘it was the best of times and the worst of times’… a blur of excitement, intensity, anxiety. But also an incredible evening. I don’t know if I’ll ever have an experience like that again with so many of my dearest friends. However, it was also laid with heaviness. It’s a grand irony of life. My Mom’s health declined as my career was ascending and she didn’t make it to see Once. As a searcher, I’m still looking for the lesson in that one.”

He credits his mom as one of his inspirations, but also looks to singer/songwriter Damien Jurado.

“He’s such a poet, and he makes the kind of music that I desire to make,” he says. “Emotional stories about love and loss and relationships, and the intricate details of human existence.”

Kazee’s own music is ever evolving. His heartfelt rendition of Once’s hit Falling Slowly expresses the deep emotion running through the play.

Kazee also enjoys pushing musical boundaries with his acoustic guitar and vocals to further express himself through sound.

“I’m always searching for new sounds to change the music I’m listening to,” he says. “Sounds have to be evolving. Music is about the expression of emotion…your emotions change so your musical expressions should change as well.”