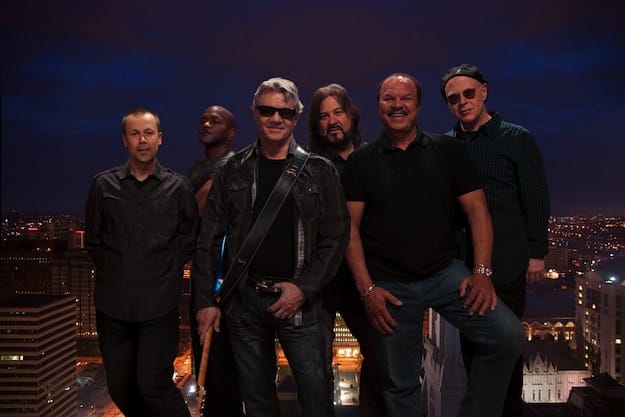 Steve Miller’s dinner guests as a child in Milwaukee, Wis., would include legendary guitarist Les Paul, who told the young Miller he could be a good one some day.

After moving to Texas, Miller formed his first band at age 12 with friend Boz Scaggs.

Miller's country blues roots coupled with growing up during the rock 'n' roll era gave him a unique sound that continues to pack houses today. His May 24 date at the Agua Caliente Resort and Spa in Rancho Mirage starts an eight-city tour of California. His 2013 tour opened in Florida followed by appearances in New Zealand and Australia.

In the early 1960s, Miller attended the University of Wisconsin, and was lured to the blues scene in  Chicago where he shared the stage with Muddy Waters and Howlin’ Wolf.

His Goldberg Miller Blue Bands signed with Epic records and sang "The Mother's Song" on TV's "Hullabaloo" appearing with The Four Tops and The Supremes. But upon returning to Chicago, Miller found the blues scene had begun to lose some steam.

He moved to San Francisco, struggled for awhile before finding his rhythm again in the pop/rock genre that led to the hit album Fly Like an Eagle in 1976.

By then, the Steve Miller Band included bassist Lonnie Turner, guitarist James Cooke and drummer Tim Davis. Fly Like an Eagle sold more than 4 million copies and produced hits like the album title, “Rock’n Me” and “Take the Money and Run”. Miller followed up with another platinum album, Book of Dreams featuring hits “Jet Arliner” and “Jungle Love”.

His lastest albums brought Miler back to his blues roots with Bingo! followed by Let Your Hair Down.

Some band members have passed on, including Turner, who died just a month ago from lung cancer. The duo were the roots to the formation of the Steve Miller Band back in the mid-1960s on the campus of the University of California.