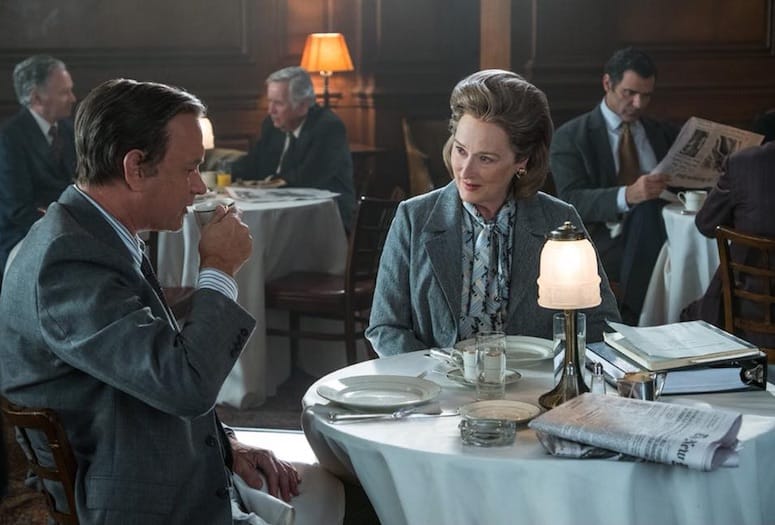 The festival will screen 180 films from 77 countries, including 39 premieres (4 World, 12 North American and 23 U.S.) from Jan. 2-15, 2018.  The complete line-up including a focus on cinema from Argentina, Premieres, Talking Pictures, Books to Screen, Special Presentations, Awards Buzz, New Voices New Visions, Modern Masters, True Stories and more is available on the festival website, psfilmfest.org.

The Post, a thrilling drama about the unlikely partnership of Katharine Graham (Meryl Streep), the first female publisher of The Washington Post, and its driven editor Ben Bradlee (Tom Hanks), as they race to catch up with The New York Times to expose a massive cover-up of government secrets that spanned three decades and four U.S. Presidents. The two must overcome their differences as they risk their careers — and their very freedom — to bring long-buried truths to light. The Post marks the first time Streep, Hanks and Spielberg have collaborated on a project. In addition to directing, Spielberg produces along with Amy Pascal and Kristie Macosko Krieger. The script was written by Liz Hannah and Josh Singer and features an acclaimed ensemble cast including Alison Brie, Carrie Coon, David Cross, Bruce Greenwood, Tracy Letts, Bob Odenkirk, Sarah Paulson, Jesse Plemons, Matthew Rhys, Michael Stuhlbarg, Bradley Whitford and Zach Woods.

The Last Movie Star casts Burt Reynolds as an aging screen icon who gets lured into accepting an award at a rinky-dink film festival in Nashville, launching him on both a hilarious fish-out-of-water adventure and an unexpectedly poignant journey into his past. The film also stars Ariel Winter, Chevy Chase, Clark Duke and Ellar Coltrane.

"I couldn't be happier with the selection of films this year,” said Artistic Director Michael Lerman.  “In a program that includes all of the shortlisted Foreign Language Oscar nominees, a stellar New Voices New Visions selection, an embarrassment of riches from Argentina that demanded to be highlighted, and an incredible list of attending talent, there's plenty to get excited about."

Books to Screen which are talks tackling the particular challenges of transforming the written word to the silver screen.
·         Call Me by Your Name, guests TBD
·         The Disaster Artist with screenwriters Michael H. Weber and Scott Neustadter and author Greg Sestero
·         Last Flag Flying with author Darryl Ponicsan
·         The Lost City of Z with director/writer James Gray

Additional programming for the festival includes:

·         The festival will screen three of the films selected as part of Variety’s 10 Directors to Watch which include Bodied (US), directed by Joseph Kahn; Custody (France), directed by Xavier Legrand; and Foxtrot (Israel/Germany/France/Switzerland) directed by Samuel Maoz.

·         The festival’s first Gay!La His screening will be the U.S. premiere of the documentary The Gospel According to André (U.S.), directed by Kate Novack and featuring André Leon Talley, Anna Wintour, Marc Jacobs, Whoopi Goldberg, Tom Ford, Bethann Hardison, Diane von Furstenberg, Manolo Blahnik and Tamron Hall.  There will be an additional Gay!La His screening of Scotty and The Secret History of Hollywood (U.S.) directed by Matt Trynauer.  The Gay!La Hers screening will be the U.S. premiere of My Days of Mercy (U.S./UK), directed by Tali Shalom-Ezer and starring Ellen Page and Kate Mara.

• The World Premiere of Cover Versions will be part of the Local Spotlight program highlighting films from the Coachella Valley.

• The Dinner & A Movie section includes a dinner followed by the film’s screening. The two films in the program are Constructing Albert (Spain/Estonia), directed by Laura Collado and Jim Loomis, and The Cakemaker (Israel/Germany), directed by Ofir Raul Grazier.

• The World Cinema Now section of the festival, which offers a variety of perspectives and styles from the best in international cinema, includes titles such as:

I Am Not a Witch (UK/France), directed by Rungano Nyoni and starring Juliette Grandmont and Emily Morgan