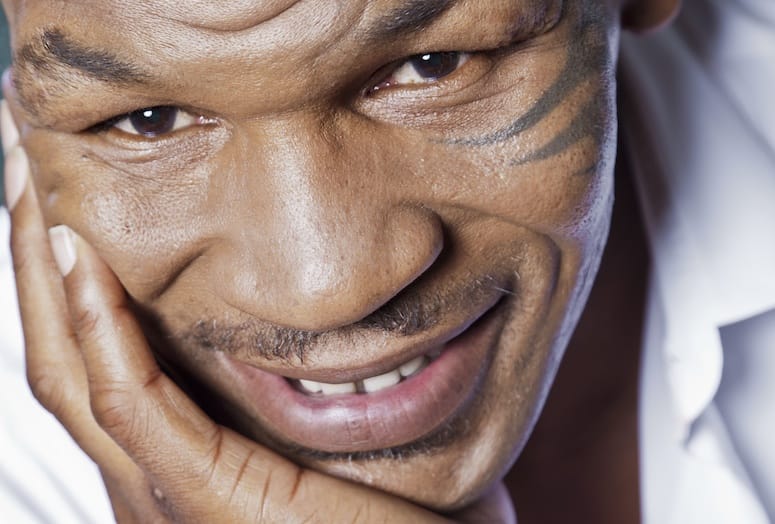 Mike Tyson was once “the baddest man on the planet” and the youngest boxer to hold all three heavyweight titles. But nearly a decade ago, an emotional turn inward seemed to unleash a new kind of beast — one brave enough to get up on stage and actually poke fun of himself.

The result has fueled a surprisingly robust second chapter in the life of the former heavyweight champion’s life and career, paving the way for two memoirs, a popular podcast (“Bite the Mic”), and a robust one-man show, “Mike Tyson—Undisputed Truth,” which hits the Morongo Casino Resort and Spa Oct. 27.

“Never in a hundred years did I ever imagine myself doing something like this,” Tyson muses about the show, which has been praised for its fervor and candid humor ever since Spike Lee took over as director for the 2012 Broadway run.

“Spike was awesome,” Tyson adds. “I feel he did a good job. I had not done anything like this before and what I learned was that I actually can do it.”

“There’s a lot of fear to being vulnerable because you feel as if your back is up against the wall.”Mike Tyson 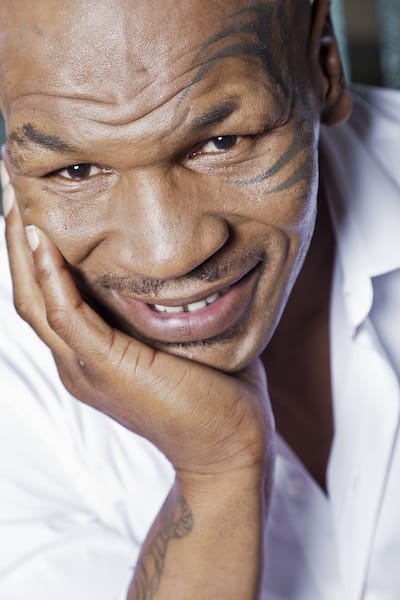 What audiences get is never-before-heard stories as Tyson chats up the tragedies and some of the public turmoils of his life — the infamous Evander Holyfield ear biting thing, moving beyond drug and alcohol addiction, and much more.

Tyson has been on tour with the show for more than five years now, and admits that, “It’s like being in the ring in a lot of ways but people tell you what they want, and you’re not going to have a headache when the show is over.”

Still, he’s quick to point out he wasn’t always keen on expressing himself.

“I was never that way until I started fighting [at 12],” he says. “Boxing brought that stuff out and I learned that I was tougher than I thought I was. And, that I was very sensitive, too — over everything. I don’t show it but people hurt my feelings very easily.”

At first glance, few would think much could intimidate Tyson. A legendary boxer dubbed “Iron Mike?” Come on. This was a guy who went from being the youngest boxer to ever win a heavyweight title — at 20 years old — to becoming the first heavyweight boxer to simultaneously hold the WBA, WBC, and IBF titles.

But with “Undisputed Truth,” it’s all about embracing his foibles and vulnerabilities. In fact, in conversation, Tyson comes across as a sensitive soul who doesn’t mind a little navel-gazing. “I think that’s what makes you tough — being sensitive,” he points out. “A lot of people think you’re weak when you’re sensitive and it’s just the opposite really. I say, be careful [about perceptions] because sometimes if somebody cries over a conversation, he’s thought of as ‘sensitive’ — as if it’s a bad thing.

“There’s a lot of fear to being vulnerable because you feel as if your back is up against the wall.”

That’s a position Tyson has been in a number of times during his life. After a much-publicized bout with drugs and alcohol, he says that, one day, he just stopped. “I stopped drinking. I stopped smoking. Stopped doing cocaine. I wanted to have a good life and a good life for my children, so I just stopped,” he says. “It didn’t always go well — there were a bunch of relapses — but we beat the problem.”

Asked whether he would ever consider getting back in the ring again, Tyson is frank: “I would never do that. I don’t want to disrespect the sport like that. I don’t have the love to do it any more and the sport deserves respect because it made superstars out of nobodies. It gave people better lives. Despite whatever happened to me — with drugs, the bankruptcy — I have a great life and I am very grateful for that.”

“Mike Tyson — Undisputed Truth”, 9 p.m. Oct. 27, at the Morongo Casino Resort and Spa, 49500 Seminole Drive, Cabazon. Tickets are $55-$65. A limited number of tickets for a special meet-and-greet reception are available for $149 each and include a ticket to the performance. Doors open at 8 p.m. Visit morongocasinoresort.com. Keep track of Tyson at miketyson.com.