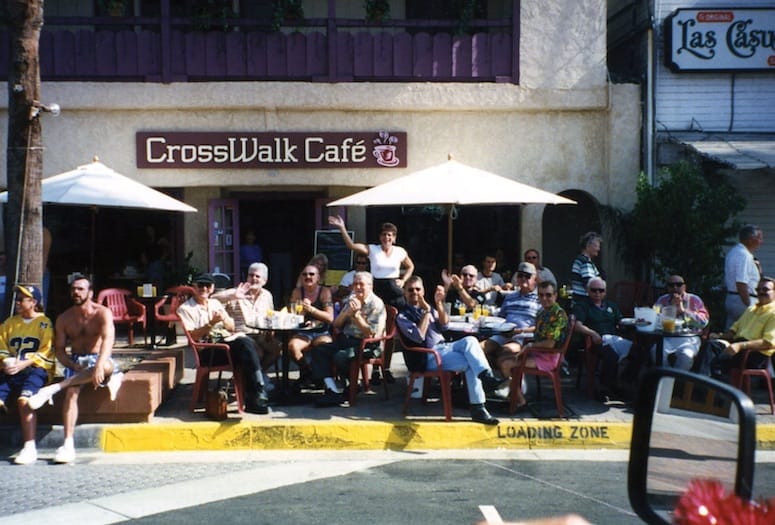 Imagine a world with no hate crime laws. A world in which you could be arrested for wearing fewer than three articles of gender-appropriate clothing in public. A world in which marriage wasn’t defined as being between one man and one woman because it didn’t need to be: The thought of two same-gendered individuals having a relationship in public — nevermind making it legal — wasn’t even open for fantasies, let alone definition.

That was the world we lived in 50 years ago: a world in which homosexuality was illegal and considered a mental disorder.

Then came the Stonewall Uprising in 1969.

Located in New York’s Greenwich Village, The Stonewall Inn was a dive bar catering to those on the fringes of the “homophile” crowd and a favorite raid target of the NYPD. On the night of June 28, 1969, however, when the police burst in wielding nightsticks, these “lowlifes” had finally had enough. Kicking, punching, and biting, the drag queens, gay men, lesbians, and people of color fought back with a vengeance. The riots lasted three days, and a decades-long fight for equality began.

Stonewall was seismic; its rippling effect changed the culture and united us into a community that hadn’t previously existed. And as an  in-your-face gesture to remind the world that we weren’t going back into hiding, annual Pride events began popping up in major cities like New York, Chicago, West Berlin, and Stockholm.

Greater Palm Springs hosted its first Pride celebration in 1986. Slow to find a home, it bounced around the Coachella Valley until it was finally — and victoriously, given the opposition from a religious organization that showed up at a city council meeting with sobbing children who claimed that seeing gay people in public would scar them for life — moved to Palm Canyon Drive in 1995.

Now, every November — rather than June to take advantage of the cooler weather — an estimated 100,000 visitors meet up with locals, don rainbow flags, and congregate in the streets to celebrate our progress. No longer attended solely by gay, bi, and trans folks, it has long since shed its skin of defiance: “In your face” has taken a back seat to “in your community.” Dykes on Bikes and beefy leathermen from The Tool Shed now share the parade route with churches, high school marching bands, and civic leaders. People bring their families, their elders, their pets. It’s a happy, hometown affair.

Thanks to Stonewall and the tireless men and women who fought for our inalienable rights to coexist, most states now have laws against hate crimes. We also have openly gay elected officials, even judges. And homosexuality and gender dysphoria are no longer considered mental disorders by the American Psychiatric Association.

But the fight continues. There are still plenty of people who don’t join the out and proud due to long-held feelings of self-hatred or fear of recrimination. We still have politicians seeking to pass laws allowing religion to trump humanity, whether by denying transgender people the right to fight for our country or by attempting to reallocate funding for AIDS research to pay for antigay conversion therapy.

We have boycotts against businesses owned by the country of Brunei, which earlier this year passed a law making homosexuality punishable by public stoning. And while one might feel safe living in the bubble of the Coachella Valley, complacency remains a threat. Because the fact remains that no one is free until we’re all free.We’ve come a long way in 50 years. Here’s to hoping the next 50 will be equally fruitful.