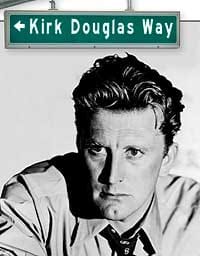 The Palm Springs area is renowned the world over for three things: sunshine, golf, and movie stars. A person can quite literally drive down these glinting boulevards where history has been made, and often remade, in the likeness of its past and present homeowners.

For more than three quarters of a century, the city and its environs have been touted as the Playground of the Stars, its streets teeming with celebrities — everyone from Marilyn Monroe and Elvis Presley to Cary Grant and Liberace.

Visitors and residents alike can breathe in, as thousands do, the palpable energy that still abounds in this mostly pristine paradise that has attracted some of the richest and most famous people on Earth.

If that sounds like a slight exaggeration, it isn’t. In addition to hosting a long list of well-known actors, singers, and comedians, the desert also has been home to many VIPs, politicians, and even a few ex-presidents who have retired to these healthy climes.

Yes, it’s true these people lived here. But they also made important civic contributions for which they will be long remembered. They did more than have fun; they were good neighbors. That’s why their names grace so many surrounding streets.

Today, you may no longer be able to witness the likes of Errol Flynn, Greta Garbo, and John Wayne, who once upon a time could be seen swimming at El Mirador Hotel or hitting tennis balls at the Racquet Club.

But you can almost certainly relive the magic of this bygone era while standing under a lamppost bearing the names of glamorous stars like William Powell, Jane Wyman, or Ralph Bellamy.

This phenomenon, which resembles a slow crawl of movie credits like the kind you might see during the Palm Springs International Film Festival, can be intimidating at times. Don’t let it bother you. Here, this practice is as normal as, say, Mickey Mouse is to Disneyland or Broadway is to New York City.

It’s the desert equivalent of Hollywood Boulevard’s Walk of Fame.

The Palm Springs tradition of naming city streets after popular actors started with Charles Farrell, the dashing matinee idol, who co-founded the Racquet Club, where hundreds of stars cavorted in their prime. Though Farrell was quite the stud in his time, this former city mayor is best-remembered to the baby boomer generation as Gale Storm’s silver-haired father in the TV sitcom My Little Margie.

Farrell Drive, which runs north/south in the city’s residential district, is where a narrow gauge railway system existed more than 100 years ago when the Springs, which began life as a proposed agricultural development named Palm Valley, was devastated by a freak drought because it lacked irrigation.

Gene Autry Trail, named after Hollywood’s first singing cowboy, is a fitting tribute to one of the city’s biggest boosters. It was Gene Autry, the lariat-waving, guitar-plucking hero of innumerable Westerns, who owned the Gene Autry Hotel (now Parker Palm Springs) and brought his Major League Baseball team, the Angels, to Palm Springs each year for spring training.

A big sponsor of charity events, he donated $5 million to Eisenhower Medical Center for the building of an acute-care facility, named Autry Tower. The renaming of Bogie Road, a major traffic route extending from East Palm Canyon Drive past Vista Chino to Interstate 10, was commonly favored but required months of careful planning to ensure its success.

Autry was thrilled at the honor, which had been kept a secret from him, when he attended the 1984 dedication ceremony emceed by honorary Hollywood mayor Johnny Grant and Autry’s faithful sidekick, Pat Buttram.

One of the chief proponents for this name change was Mayor Frank Bogert, whose own civic and hostelry accomplishments had earlier resulted in the renaming of San Benito Way, located in the south end of the city, to Bogert Trail.

Not all proposed street dedications have gone as smoothly, however.

In 1992, the Palm Springs City Council discussed changing the name of El Cielo Road, a street in front of Palm Springs International Airport, in honor of actor and longtime city resident Kirk Douglas, who starred in the Roman epic Spartacus. But the complicated plan met with so much opposition that it was abandoned.

Douglas, who had been told in advance of the honor, felt let down. “I changed my name before, I’ll change it again,” he joked. “Just call me Kirk El Cielo.”

Amends were finally made 12 years later when another street connecting El Cielo and Ramon roads, was renamed Kirk Douglas Way. The chiseled actor showed up, as did his actor-son Michael Douglas, to receive the belated honor.

While Palm Springs has the highest number of historic residences with a Hollywood connection, it is the cities of Cathedral City and Rancho Mirage, dubbed Playground of the Presidents, that boast the largest assortment of illustrious intersections.

Very often street-name changes are made for the sake of people’s egos; at other times it is an economic necessity. The decision to change Second Street in Cathedral City to Buddy Rogers Avenue in 1997, for example, coincided with the building of a $40 million Civic Center.

Rogers — a retired actor, bandleader, and former husband of silent screen legend Mary Pickford (My Best Girl) — had made generous financial contributions to the city’s redevelopment program. Mary Pickford Theater, located on Pickfair Street, is named in his wife’s honor.

Two other corresponding streets, Avenida Lalo Guerrero, named after the late city resident and father of Chicano music, and George Montgomery Trail, dedicated to the versatile Western movie star and arts benefactor, were both christened in 1998.

Preservationists cried foul over the removal of a pioneer’s legacy in favor of the smiling game show host of Let’s Make a Deal. The controversy quelled when it was pointed out that using Hall’s name, which the city approved in 2000, would be a much-needed boon to local tourism.

Monty Hall tried to contain his excitement. “It immortalizes you,” he said, “and I like that.”

Rancho Mirage was among the first cities to institute an unofficial policy of naming its main thoroughfares after prominent valley residents, even though not all of them have resided there. This caused some confusion in the case of Bob Hope Drive, which extends from Rancho Las Palmas Shopping Center at Highway 111 all the way to Ramon Road.

The street was changed from Rio del Sol, once lined with hundreds of acres of date ranches, to its present mirth-inducing name in 1969.

The occasion was the ski-nosed comedian’s gift of 80 acres of land, valued at $4 million, which he generously donated in 1966 for the building of Eisenhower Medical Center.

Overseas tourists have been known to ask directions to Hope’s house, unaware that he did not actually live on this street. He was, in fact, a 60-year winter resident of Palm Springs.

Rancho Mirage made sure no such problem existed over the renaming of Wonder Palms Road, previously the site of another date ranch, when it was officially renamed Frank Sinatra Drive, in honor of the volatile, blue-eyed crooner in 1971.

Sinatra most assuredly lived on this east-west street where, in 1954, he built and owned a 2 1/2-acre compound adjacent to Tamarisk Country Club after moving from Palm Springs.

Rancho Mirage was quick to commemorate the arrival of President Gerald Ford, who left the Oval Office in 1977. After he moved to town, Ford, whose wife’s name graces the nearby Betty Ford Center, purchased land and built a home at Thunderbird Country Club.  In 1982, the city put out the official welcome mat, selecting nondescript 36th Avenue and renaming it Gerald Ford Drive.

Singer and TV talk show host Dinah Shore was feted with a similar honor: In 1986, her much-loved name was bestowed on 34th Avenue, right outside her fairway home at Mission Hills Country Club. It was Shore who founded the Kraft Nabisco Championship (LPGA tournament).

In 2000, the Rancho Mirage Planning Commission took the unusual step of approving the dedication of George Montgomery Way, previously known as Monterey Marketplace, so that it could connect with Dinah Shore Drive — a symbolic reunion of this popular showbiz couple, who had been married.

The decision to adopt celebrity names for streets is not only good citizenship; it has also proved to be good business. The intersection of Bob Hope and Frank Sinatra drives, not far from those of Ford and Shore, is among the most photographed street corners in the world.

Actress Ginger Rogers (no relation to Buddy Rogers) became the fifth Rancho Mirage celebrity to enter immortality when 35th Avenue was unveiled in 1993 as Ginger Rogers Road in honor of her showbiz accomplishments. The spunky performer, who owned a home at Thunderbird Country Club, had been coming to the desert for five decades, so it was a special tribute that she appreciated tremendously.

The latest addition to these star-studded ceremonies was replacing Mashie Drive with the more evocative-sounding Kaye Ballard Lane, which was dedicated to the popular singer and comedienne in 2003. “This is a big, big thrill,” said Ballard, who has lived on the street for 35 years.

Some observers may think our desert valley is totally star-struck. As well as the aforementioned thoroughfares, there are a handful of small roads dedicated to George Burns, Gracie Allen, Bing Crosby, Danny Kaye, Jack Benny, Barbara Stanwyck, Greer Garson, and Claudette Colbert that are part of Blue Skies Trailer Village, which Crosby and his pal Phil Harris originally built.

Over time, these historic place names have taken on a mythic status that rivals the claim that George Washington slept here — or there. Two more self-explanatory residential streets are JFK Trail and Crosby Lane, which can be found in Silver Spur Ranch, where President John F. Kennedy was a frequent guest at Crosby’s home.

Indisputedly the valley’s longest street, which starts at Westfield Palm Desert and continues east through Bermuda Dunes to Indio, is Fred Waring Drive, named after the orchestra leader and gadget inventor who owned a desert home for 25 years.

The baton-waving performer was accorded the honor in recognition of six decades of providing musical entertainment, including 16 years playing local concerts to help raise money for Friends of the Cultural Center, which built McCallum Theater.

Waring was on hand for the big day when his name superseded 44th Avenue. “This means more to me than all the lights on the marquees in the cities where I played,” he said, and added: “I’ll be going up and down the street picking up the beer cans!”

Yet another valley street dedicatedto a former president is Eisenhower Drive, formerly Avenida Serra in La Quinta. This bougainvillea-ringed boulevard was renamed after the nation’s 34th leader and army general when “Ike,” a keen golfer, returned to private life as a winter resident of El Dorado Country Club in 1961.

Tucked away in Indio, meanwhile, are further examples of star worship, the majority of whose street names are instantly
recognizable. Which ones can you guess?