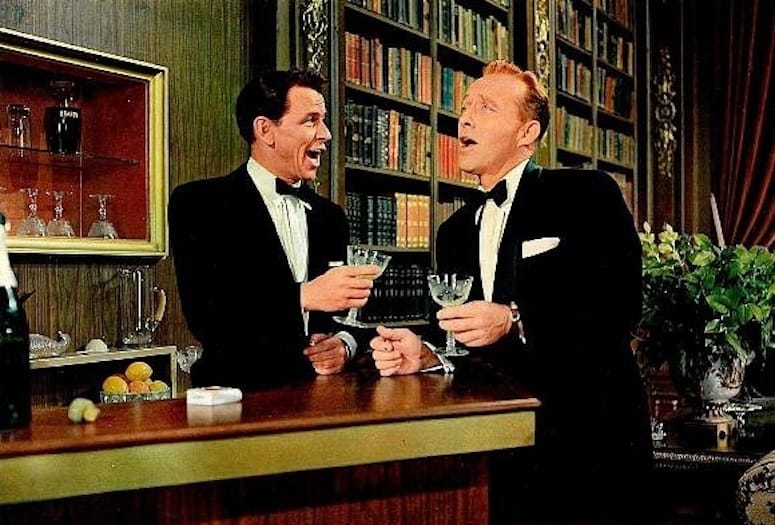 Sunnylands revives its Films on the Great Lawn series on Sept. 25 with a three-weekend tribute to the legendary singer and actor Frank Sinatra, a close friend and neighbor of Walter and Leonore Annenberg, whose centennial birthday is in December.

Sinatra, who died in 1998 at age 82, was a frequent guest at Sunnylands. He married his fourth wife, Barbara, at the Midcentury Modern estate in 1976. Known as “One-Take Charlie” for his spontaneous approach to acting, the singer appeared in dozens of films over a period of more than three decades.

Born Dec. 12, 1915, he won the Academy Award for Best Supporting Actor in 1954 for his role as Angelo Maggio in From Here to Eternity.

In partnership with the Palm Springs International Film Festival, Sunnylands is commemorating Sinatra’s 100th birthday with outdoor showings of three of his most notable films. The movies will be shown on the Great Lawn of the Sunnylands Center & Gardens, 37977 Bob Hope Drive, in Rancho Mirage. Gates open at 6:30 p.m. and the films begin at 7 p.m.
Moviegoers are encouraged to bring lawn chairs, blankets and small picnics. Carpooling is advised. Alcoholic beverages, smoking, large coolers and pets are not permitted.

Sept. 25 – Ocean's 11 is the 1960 film about a group of World War II compatriots who plan to rob five Las Vegas casinos in one night. Dean Martin and Peter Lawford co-star. Running time: 127 minutes