At Heather James Fine Art in Palm Desert, the exhibition Masters of Modernism and Impressionism 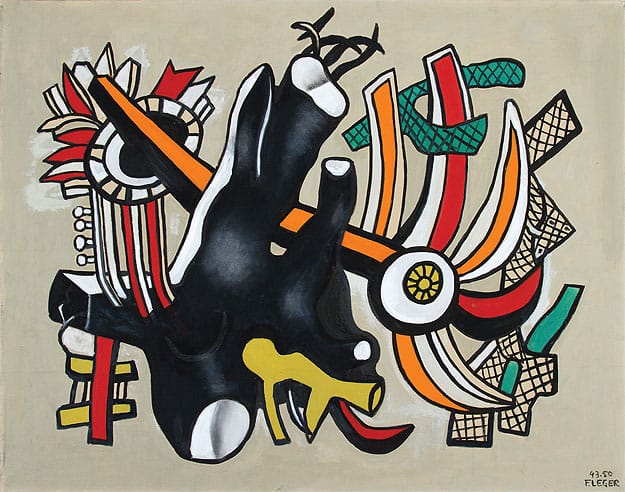 The modern era in art, stretching roughly from the mid-18th to the mid-20th century, could be said to comprise a long series of bold statements, each aimed at carrying artistic practice into uncharted territories. As industrialization created a new middle class and an urbanized society, artists responded to the changing environment with new ways of seeing and rendering.

At Heather James Fine Art in Palm Desert, the exhibition Masters of Modernism and Impressionism surveys many of the movements that made the avant-garde so exciting. The robust show of approximately 25 works features examples from the Impressionist, Post-Impressionist, Fauvist, and Cubist eras, among others — an opportunity to view a span of historical avant-garde works side by side.

The short-lived but highly influential Fauvist movement built on the achievements of the Impressionists by foregoing naturalistic renditions in favor of intensely vivid, high-contrast colors. The Heather James exhibition includes a striking work by Kees van Dongen, a Dutch artist who became a core member of the Paris-based Fauves. Van Dongen loved the glamour of Parisian life and was known for his sometimes-racy portraits of fashionable society women. Recuerdo de Toledo (1908), with its wistful title and apparent setting on the outskirts of a Spanish town, is a moving example of the artist’s work with nudes, featuring subtle manipulations of green and yellow highlights against a rich blue background.

While the great Fernand Léger is considered a major figure in the Cubist movement, the actual trajectory of his career was multifaceted, absorbing influences from Fauvism, futurism, Surrealism, neo-classicism, and social realism. The breadth of his oeuvre shows he was a fiercely independent artist who consistently hewed to his own vision. La racine noire et fragment d’objets (The black root and fragments of objects), dated between 1943 and 1950, was painted close to the end of his life, yet it shows no decline in the rigor of his practice. An abstract work that references organic and man made objects, the painting marries the flat planes of Cubism with the free association of Surrealism.

Heather James Fine Art, which also shows contemporary artists, appears intent on making an annual tradition of bringing Old Masters exhibitions to the Coachella Valley; the gallery published a book documenting last year’s Picasso exhibition. As gallery curator Chip Tom sees it, the Old Masters are not only a popular draw in their own right, but also they shed useful light on the practices of artists working today.

As if to prove this point, Masters of Modernism and Impressionism opened in November along-side Evocatecture, an intriguing group show of contemporary artists who use architectural forms as a lens through which to view psycho-logical states, cultural mores, and political frameworks. The five featured artists include the German-born Stefan Kürten, whose densely layered paintings investigate the failed dreams of the bourgeois world, and Naomi Safran-Hon, an expatriate Israeli artist who explores the ways in which landscape constructs identity in her conflict-ridden home country. These contemporary struggles offer a fascinating complement to the formal innovations of previous eras.

Masters of Modernism and Impressionism continues through April 30 at;