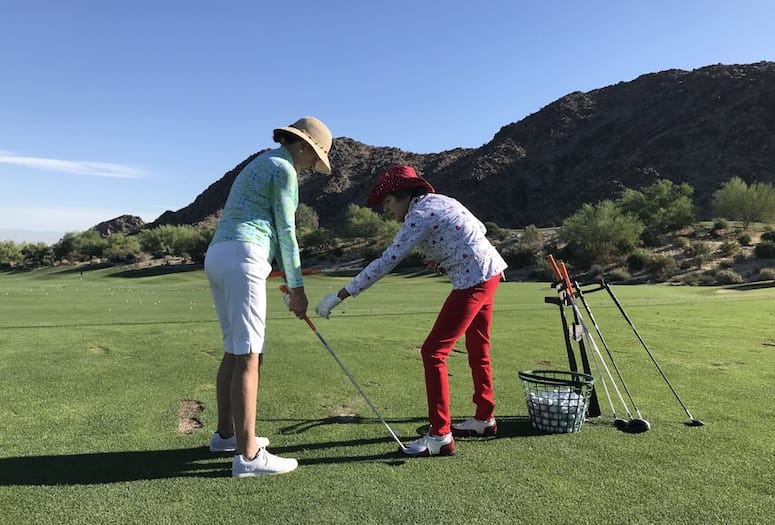 Susie Berning’s introduction to the game of golf was quite literally from horsing around.

Born in Pasadena, Berning moved to Oklahoma when she was 13. A horse lover, Berning was asked to take care of a couple of horses belonging to a co-worker of her father’s. “Inside the bridal path was a zoo and 36 holes of golf,” Berning says. “I wasn’t paying attention and the colt got loose, ran down some fairways and across some greens. The next thing I know there are 10 people in vehicles chasing us.”

The local golf pro made a deal with her to forget the incident if she taught his kids to ride a horse. In return, he noticed Berning’s love of sports and asked her about playing golf. She shrugged it off, but later he invited her to attend a golf clinic put on by the late Hall of Famer Patty Berg, whose 15 major titles on the LPGA tour remains a record.

“She was just so funny and had everyone laughing that I thought, ‘maybe I should try this,'” Berning recalled.

Berning found her calling, won three straight Oklahoma state high school golf championships, blazed a trail as the first woman to be offered a golf scholarship from Oklahoma City University – where she played on the men’s team – and carved out a 32-year career on the LPGA, winning 11 titles.

Those credentials recently led to her selection into the World Golf Hall of Fame where the La Quinta resident will join Tiger Woods as part of the class of 2021.

Her driving force? “I believe it was the challenge to make a good shot and then do it again,” she says.

Susie recently shared the story of her golf beginnings while out on the range at The Reserve Club, the stunning Indian Wells enclave where she has been the teaching pro for 18 years. Her student that May morning was Cathy Kinney, former president of the New York Stock Exchange and current holder of a 24 handicap. “Susie never lets you accept mediocre,” says Kinney without hesitation.

Berning never did as a player, either. In her first year on the LPGA tour in 1964, Berning earned Rookie of the Year honors. She distinguished herself by winning the 1965 Women’s Western Open and the U.S. Women’s Open three times – in 1968 and back-to-back in 1972-73. 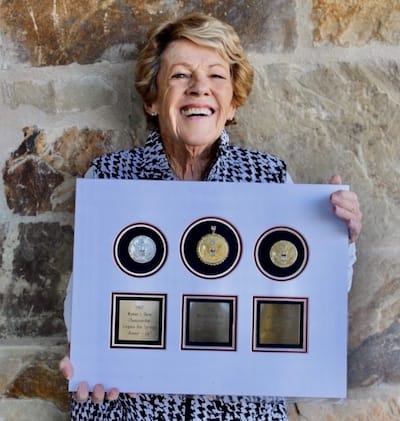 “I was very competitive,” Berning says. “I was a good putter at times, a very good putter. I had good imagination around the greens. And I enjoyed the tougher golf courses; they just made me concentrate better.”

Her accomplishments came while raising two daughters during a time when women athletes didn’t always have a support system. “I once had to withdraw from a tournament,” she says, “because I couldn’t find a babysitter.” But she did find an ally in fellow Hall of Famer Judy Rankin.

“Judy came out on the LPGA tour a year before me,” Susie recalls, “and we would often take turns watching each other’s child if one of us had a morning tee time and the other was playing in the afternoon. There weren’t the daycare facilities on tour that there are now. But it was fun traveling with the kids, it kept my mind off golf after a round. Both of my daughters even ended up caddying for me for a while – although eventually they wanted to caddy for someone else because they said I wasn’t playing well enough!”

On the range at The Reserve, Kinney is practicing a variety of drills while Berning observes. As with all her students, Berning wants Kinney to feel her legs getting involved in the golf swing. Berning believes “getting the legs going” is the biggest challenge for the average desk-bound golfer, 80 percent of whom battle the dreaded “over the top” move because their stronger upper half overpowers their much weaker lower half.

“I can see what Susie is telling me to do,” says Kinney, who has been working with Susie for about eight years. “Now I have to feel it.”

And see it, too: Berning is a big proponent of really looking at shots before playing them. “I encourage my students to use their eyes a lot, out on the course,” she says. “When putting, see a path or a paint-brush track. When hitting an approach, don’t just glance at the flag – stare at your target. It helps take the mind off mechanical thoughts and frees up the swing.”

Her induction into the World Golf Hall of Fame in the same class as Tiger Woods will undoubtedly create more fanfare than normal. The exact date for the induction has not been set. Her class also includes golf course architect Marion Hollins, making them two of the 39 women among the Hall’s 164 members. She is the second woman from the Coachella Valley after Marlene Bauer Hagge was inducted in 2002.

Appointments for lessons with Susie can be made through her website: susiemaxwellberning.com. 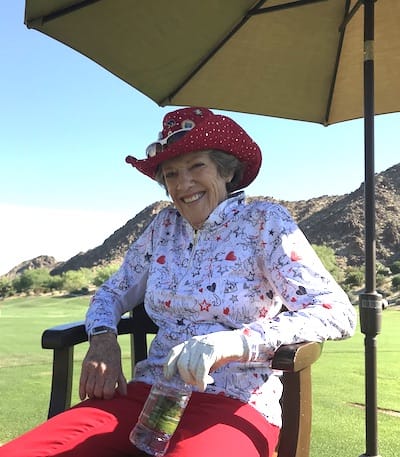 "...I enjoyed the tougher golf courses; they just made me concentrate better.”