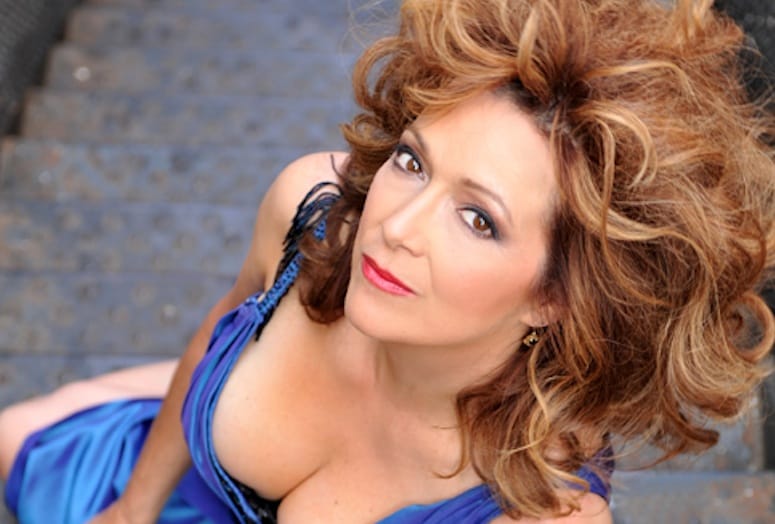 So many musical genres to choose from, but singer Suzan Hanson has found success professional opera singer that transcends theatre, drama, music, dance, and art.

“My parents were both in music as choral conductors, voice and piano teachers,” she says. “Being surrounded by music, I didn’t think opera was odd. It was the mix of theatre and music coming together. I always knew I would perform.”

Today, Hanson is an accomplished soprano known for her charismatic interpretations incorporating the multiple art forms that make opera so engaging.

Hanson will join world class-singers Roberto Perlas Gomez and Karin Mushegain to perform operetta and classic Broadway tunes at “Opera Under the Stars”, presented by OperaArts, April 13 on the Rose Lawn at the Renaissance Esmeralda Hotel in Indian Wells.

This will be Hanson’s second appearance at the event.

“It is an impressive evening,” she says. “It’s a wonderful outdoor experience with the overall feeling of a very fun but sophisticated garden party. There is a good mix of beautiful and dramatic music and a festive vibe but also a sense of community. It’s very special."

Like many kids, Hanson would write musicals and plays and conduct shows in her garage. In the fifth grade, Hanson wrote a play with the basic concept, “Don’t Do Drugs” that was adopted and performed by her grade school.

Her experiences, which included a fair amount of non-singing related gigs, gave her the ability to adapt to the many stressful situations that may arise in the arts.

“I once was a ‘headed’ Venus De Milo and was painted like marble,” she says. “With these early experiences, you attain an ability to adjust and a willingness to make due as a performing artist. You do what it takes. I take that with me today. If something goes radically wrong on stage, I can keep going and figure it out. You draw from being that scrappy and resourceful young artist.”

OperaArts is a community philanthropic organization dedicated to promoting opera and sustaining it for future generations.