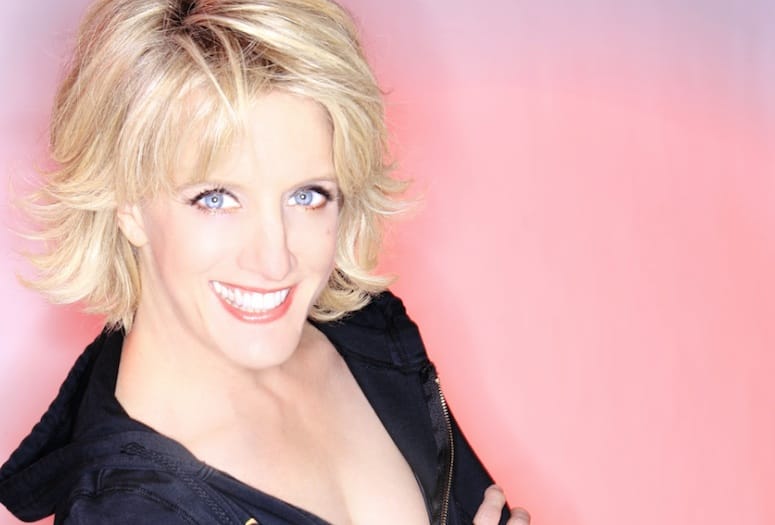 No shrinking violet, Suzanne Westenhoefer chose to take both challenges.

Encouraged to share her wit during an open mic call, Westenhoefer took the dare, won a contest with her straightforward, hilarious personal true stories and never looked back.

Born in Lancaster County, Pennsylvania, Amish country, Westenhoefer’s personality stood out and as a youth she wanted to be an entertainer.

“I was never shy and always had a ‘smart ass’ comeback,” she says. “I liked being in front of people, getting their attention. I went on to get my BFA in acting and I was working as a bartender in Jersey. I had regulars that would say, ‘Be a comedian…you’re funny.’ I had been a gay activist in college and was super out…in your face, gay, gay, gay. I thought, go be an openly gay comedian.” Westenhoefer took the dare, her stand up won the audience and she says, “comedy became my life.”

She became the first openly gay lesbian comedian to do stand up on Late Night with David Letterman.

She’s been nominated for a Cable Ace Award for HBO Comedy with Suzanne Westenhoefer.

She’s been a three-time winner of the Gay and Lesbian American Music Award for best comedy CD.

She’s appeared at The Dinah in Palm Springs by bringing her “real” humor to desert audiences.

For more than two decades, this candid comedian has shared her life experiences and funny observations. In addition to her successful career in comedy, Westenhoefer is a passionate feminist and LBGT activist.

“If I weren’t doing comedy, I would be an activist but you can’t make a living doing that, “ she says. “So I think if I hadn’t been a performer, I might have been a therapist. If I can’t make people laugh, I want to heal them.”

Inspired by the likes of George Carlin and Lily Tomlin, she is thankful for the great advice and support she’s received from fellow comedians Joy Behar, the late Joan Rivers, and Lily Tomlin.

“I’m a gay stand up but you don’t have to be gay to get me and enjoy it… or be a lesbian to be a fan,” Westenhoefer says. “There is a lot of guys in Palm Springs that should come on out and get ready to laugh. My standup is about what’s going on in my life. If something happens to me, I try to make it real so it’s relatable to everyone…relationships, drinking, bad hair days. Everyone should get ready for a wild night of comedy.”