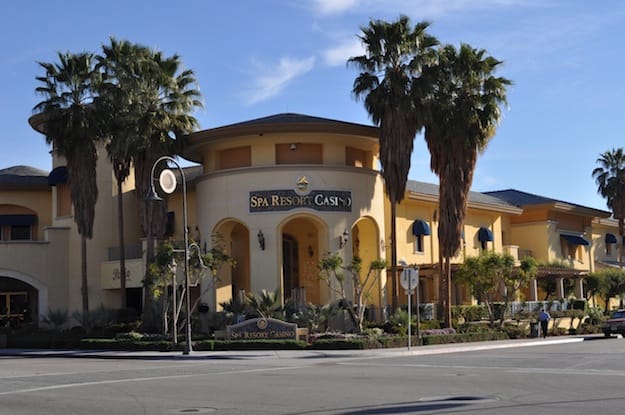 Music fans are poised for Coachella.

But do they know about Tachevah?

Set to take place April 17, this four-hour free concert and block party outside the Spa Resort Casino in downtown Palm Springs will provide a break between the two concert weekends of the Coachella Music and Arts Festival (April 12-14 and April 19-21).

Goldenvoice will name a headliner March 25, but three unknown bands will also make their debut that night at Tachevah. The scheduled run time is 6-10 p.m.

The three bands will be chosen from a video contest running March 18-22 in which fans vote for their favorite band based on the video. The top 10 vote-getters will then be whittled to three by a panel featuring Goldenvoice execs Paul Tollett and Skip Paige.

The event is being sponsored by mydesert.com, Goldenvoice, PS Resorts and The Agua Caliente Band of Cahuilla Indians.

To submit a band video, visit the Tachevah website.