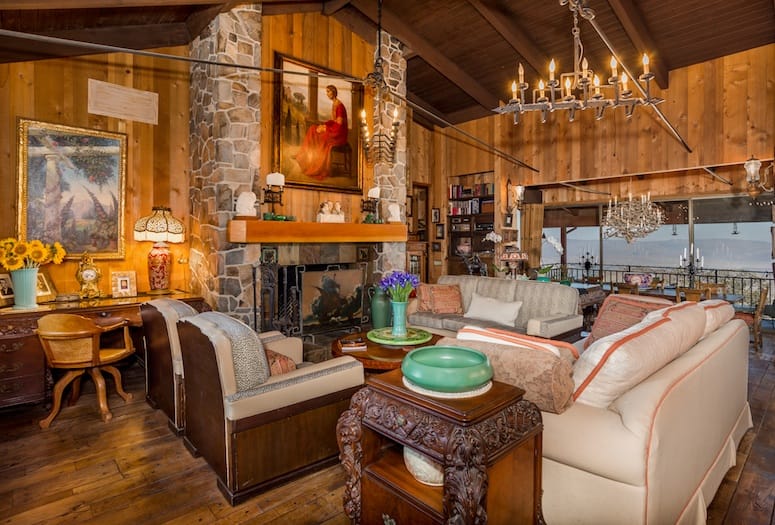 In 1967, Frank Sinatra commissioned a midcentury-style mountaintop home that he had built on a plateau in Pinyon Crest with sweeping views of the Coachella Valley. He designed the house with Ross Patton, a well-known Palm Desert architect from the 1950s-70s. Sinatra dubbed the house Villa Maggio as a tribute to Private Angelo Maggio, the character he portrayed in the 1953 film, From