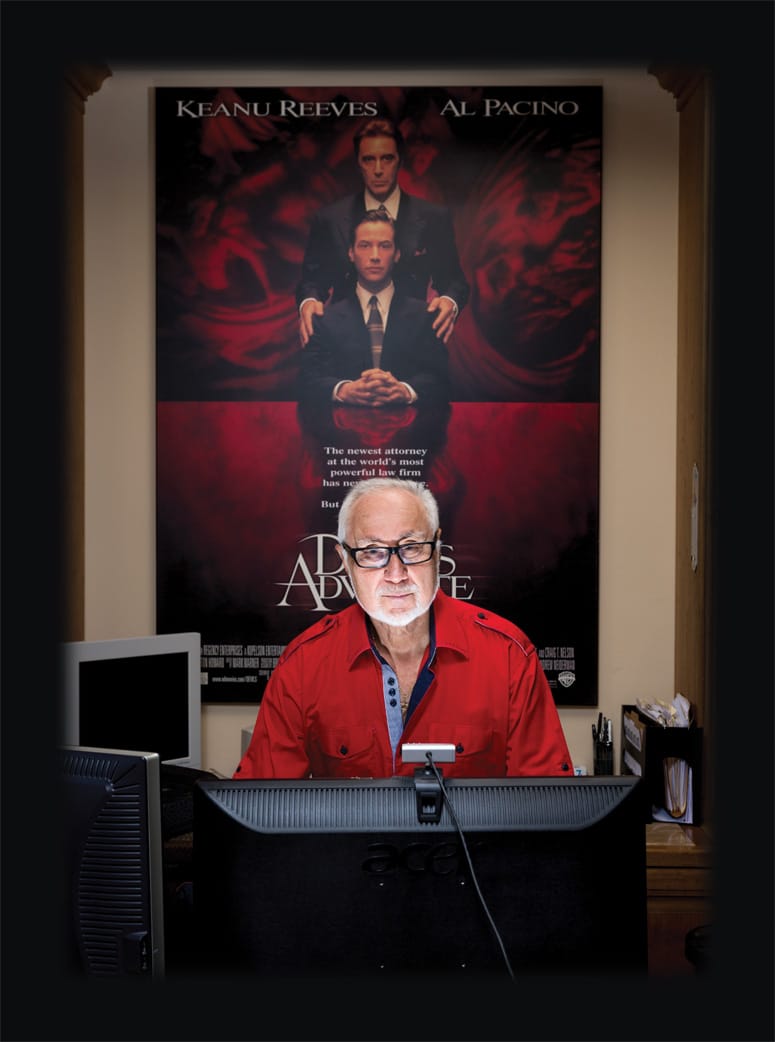 Andrew Neiderman holds the longest literary franchise in history — 26 years. Despite the success of the novels he writes under his own name, including The Devil’s Advocate, it is the V.C. Andrews franchise that brings him an even wider audience: a record 106 million books printed in 22 languages.

When the best-selling author, a Palm Springs resident since 1989, appears at the first annual Rancho Mirage Writers Festival this month (Jan. 16 and 18), he will surely discuss the success of the franchise.

“There have been movie star ‘ghostwriters’ for years” Neiderman says, “but no one established a writer franchise until we did.”

The illness and death of Virginia Andrews, author of the mega-selling V.C. Andrews books, prompted the Andrews Estate to trademark the name V.C. Andrews. Neiderman and Andrews shared the same agent who thought Neiderman could complete Andrews’ unfinished series.

“We both wrote about young people, so the demographics were the same although the characters were different,” Neiderman says. “I am interested in people … [and] intrigued with good and evil — the exploration of the battle that goes on, not only in the world, but inside a person.”

The concept was a hit. The first three novels he wrote under the Andrews trademark soared to No. 1 on the The New York Times Best Seller list. “And it continues today,” he says.

Neiderman, who taught creative writing for 27 years, researched Andrews’ writing style and has been faithful to it. “I studied Andrews’ vocabulary, her syntax, and tried to emulate that,” he says. “When I started to write the V.C. Andrews books, I made her style my style.”

The author is excited about V.C. Andrews TV projects. MarVista Entertainment is developing a series based on his Daughter of Darkness, while a Flowers In The Attic remake will air on Lifetime, with a second film and a possible series to follow.

Meanwhile, a German production company is developing a musical based on The Devil’s Advocate, and a stage version will be produced in Holland in 2015. “There is theater interest in London and major interest in developing a television series,” Neiderman says.

The 26-year-old V.C. Andrews series will continue at least another few years. “I have completed books for publication through 2016,” the author says.