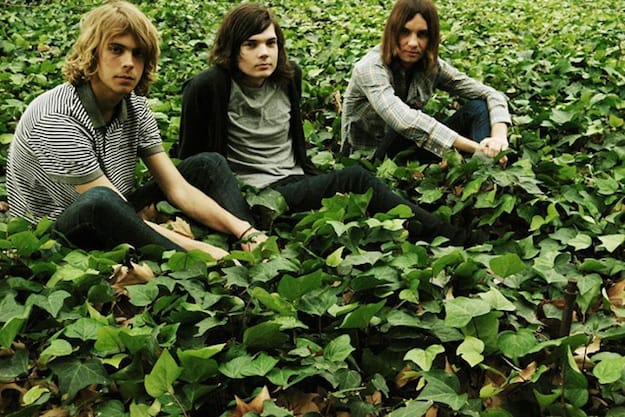 It's one day after the Tame Impala has played a sold-out show at Washington D.C.’s 9:30 Club.

As fate would have it (or in this case, a month of strict negotiations), journalist and subject — lead singer Kevin Parker — will meet up in a telephone interview just after noon. Parker sits on his band’s tour bus somewhere in North Carolina as our conversation begins.

When asked if Tame Impala has ever been to that state before, he pauses.

Finally, his publicist jumps in. “I can answer that. No, they haven’t.” Kevin laughed.

The Australian psych-rock band, rounded out by members Dominic Simper, Julien Babagallo, Nick Allbrook, and Jay Watson, has become one of the most sought-after concert experiences in the U.S. since the release of its third, full-length effort Lonerism.

The album is a 12-track hybrid of dirty baselines and classic rock guitar riffs, Beach Boys-reminiscent harmonies, acid trip-inducing synthesizer swells, and pounding organic drum beats that should make any hip-hop artist ashamed of even contemplating the use of a Roland TR-808 Rhythm Composer.

The beauty of Parker’s producing and multi-instrumental genius can be heard on songs “Elephant” and “Feels Like We Only Go Backwards.” Still, this hands-on creator won’t be held to making a Sophie’s Choice about which song he’s most proud of.

“You’re asking a mother which one of her kids she’d save from a sinking ship,” he said.

Popularity and sold-out shows are now a vibrant thread woven through Tame Impala’s fabric. However, the race to purposely commercialize his band’s sound isn’t something that guides him.

“I mean, as long as there are no sacrifices to doing what you love, then I guess anything is good — anything is cool,” he explained. “The only problem with bands that get big on commercial radio is that they usually have to chop off a bit of their integrity and give it away.“

Seven minutes into our conversation, Parker yells, startled, after a Hacky Sack is tossed against Tame Impala’s tour bus window.

“You suck!” he exclaimed. After a moment of banter with the perpetrator, who can be overheard pleading his innocence, Parker scolds, “Yeah, I saw you … ‘not’ hitting anything.”

Amused, I ask if it’s a crazed fan trying to get his attention. With pitch perfect comedic timing, he says, “No, it’s just another guy from the band.”

As our conversation detours into talk of Coachella Music and Arts Festival, Parker divulges news of what he has in store for the audience when Tame Impala performs.

“I’ve got this new thing where I can talk into the microphone and it comes out backwards, so there will be lots of backward talking to the audience,” he said. “I’ll be able to say stuff into the mic and it’ll come out total gibberish. But, if anyone is recording it on their iPhone and they play it back, [they’ll be able to] hear what I’m saying.”

And that, ladies and germs, is Tame Impala. Thank you very much; they’ll be here all week.

Tame Impala performs at Coachella Music and Arts Festival, April 14 and 21. For more information on the band, visit www.tameimpala.com or www.coachella.com.