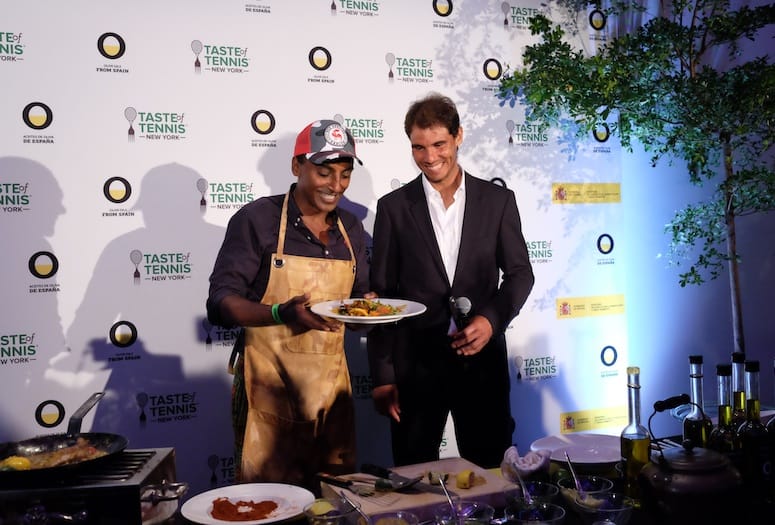 The BNP Paribas Open will not only bring world-class tennis to Indian Wells, but a cornucopia of exquisite food and signature cocktails during the world’s premier food and tennis experience.

The number of food venues at the Indian Wells Tennis Garden has grown from three last year to an astronomical 21 this year. But before the two-week event starts, tennis fans and foodies can prepare their palettes with a Taste of Tennis March 6 at the Hyatt Regency Indian Wells Resort & Spa.

The inaugural event brings together big names in both food and tennis operated by AYS Sports Marketing, which runs similar events in Miami and New York. Celebrity Chef, Jonathan Waxman, who has served as a judge on Bravo Network’s Recipe for Deception and has appeared on two seasons of Top Chef Masters, will host the event. A host of local chefs will work alongside Waxman, including Chefs Christopher Mitchum and Andrew Daly from the Hyatt Regency Indian Wells; Chef Michael Beckman from Workshop Kitchen & Bar; Catalan’s Drew Davis; and SOPA (L’Horizon Resort) Chef Jason Niederkom. Tennis talent will include San Diego’s Taylor Fritz, Frances Tiafoe, Sam Querry, and Elena Vesnina.

Waxman is a native Californian whose family nurtured him in the food arts from an early age. Today, he is chef and owner of Barbuto in Manhattan’s West Village and Jams in 1 Hotel Central Park, and added the James Beard Award for “Best Chef, New York City” in 2016.

Waxman talked to Palm Springs Life about coming to the desert and the culinary trends he’s created and witnessed over the years.

PSL: You’ve been coined as one of the pioneers of California Cuisine. What do you love about the cuisine here?

Jonathan Waxman: I grew up in Berkeley. I grew up in the 1950s and it was magical. In those days, you would go to Napa Valley and there was 80 wineries. You go to San Francisco and there were great French Restaurants, great Italian Restaurants, and great Japanese Restaurants. You go to China Town, and it was just amazing. The most important thing about California was that everybody talked about food when I grew up…When I was a kid, my father said, ‘Okay, we’re going to make steak tonight.’ I said, ‘It’s raining outside.’ ‘I know’ so he would build a fire in the fireplace, and he made a marinade. Who the hell knew what a marinade was? 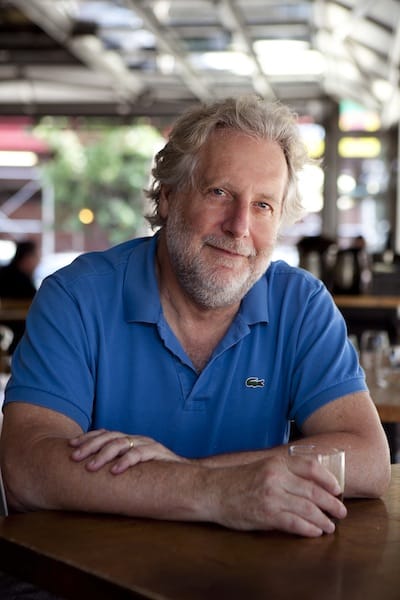 Jonathan Waxman is a native Californian who is one of the pioneers of California Cuisine.

PSL: When you decided you wanted to go to France and take that official route to cooking. How did the training there prepare you when you came back here to the states?

JW: The whole French Culture revered chefs, they just did…We didn’t revere chefs in America…I discovered Michel Guérard, Roger Vergé, and Paul Bocuse and all these French chefs…They were breaking all the rules… When we were at cooking school, all my buddies and I were thinking, ‘Well, how can we translate it back to our culture?’ We started realizing that we had all the ingredients, but we didn’t have the technique. What we were learning was the techniques of how to cook from Paris, but taking that technique back to the ingredients we had available… it evolved into something new. It became California cuisine…

Then I started going to Italy. I started learning how to make pasta and learning about ingredients and then taking those ideas, but using a Santa Barbara prongs, or Catalina Lobsters …Exploiting what was available in California…Then the explosion of farmer’s markets really changed the game…then we started to understand it wasn’t just regional anymore but we were a culture of the nation.

PSL: Do you think cooking reality shows have brought the profession to the everyday household?

JW: Oh, 100 percent. Bobby Flay worked for me for five years, did I know what he was going to become? No way…I think it was a huge surprise to him as well…we did grow up watching Julia Child and shows like that, which were really wildly watched, but they weren’t done from a chef’s perspective, they were done from a home cook’s perspective… 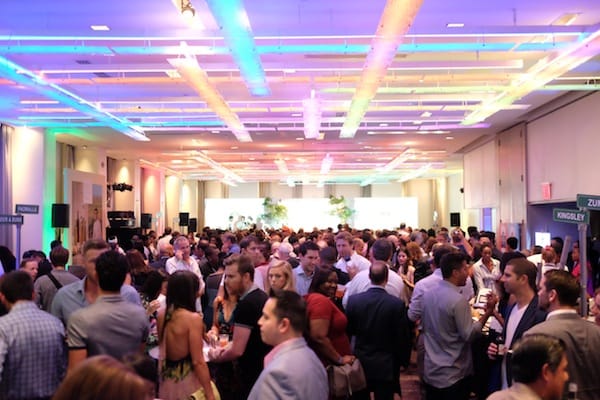 JW:When I first ate at a restaurant in France near Champagne and the water there, I was going to have this salad that was just shaved black truffles and lettuce and olive oil and sea salt, and a bottle of 1961 Rose Champagne. I’m drinking this thing and I’m like, ‘You know what? This is extraordinary. I want to show everybody in the world what this means, what this feels like and what this tastes like and this experience.’