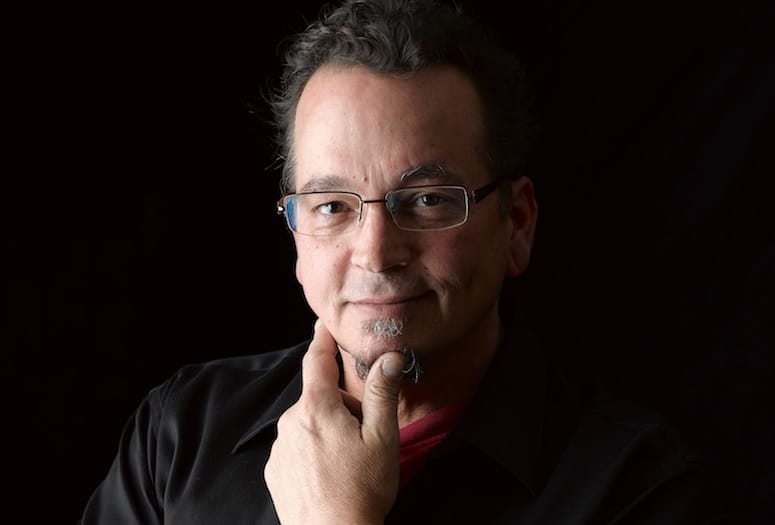 Kevin Eastman: "The four teenagers are definitely misfits and outcasts, and people can relate to that, especially now, if creativity is not the status quo."
PHOTOGRAPH COURTESY KEVIN EASTMAN STUDIOS

Middle-age may be creeping up on the Teenage Mutant Ninja Turtles, but the comic book turned film franchise still boasts plenty of spunk and popularity.

Kevin Eastman, who created Turtles with Peter Laird, still has difficulty believing that the comic he and Laird first self-published back in 1984 sold out its 3,000 copies overnight, morphed into a mega fan favorite, and spawned a gaggle of films that went boffo at the box office. Viacom, which owns the franchise, relaunched Turtles in theaters and beyond in 2012.

No doubt Eastman will chat it up at Fantasia Comic Con, set for May 12–13 at Indio’s Riverside County Fairgrounds. He won’t be alone. Joining him is a variety of guests, including Jay Fotos (of the comics Spawn, Transformers, and Mars Attacks); Zoom CW Cosplay, a professional cosplayer and actor; The OC Turtles, a celebrated Turtles Cosplay squad; and, many other creative beasts swirling around the comic book universe.

Eastman put down his pizza long enough to talk with us about the mystique of the Turtles.

You started out doing childrens’ books.

Yes. The combination of stories with missing words and creating pictures intrigued me. Cartoon culture for me was Johnny Quest and Scooby Doo. I loved cartoons. I grew up in a very small town in Maine, and that made for great escapism. You could pick up a comic book and go anywhere [in your mind]. I realized that what I can imagine, I can write, and I can draw it, too — in any time period. That’s what I became fascinated with — telling my quirky stories, even when I was very young.

Why do we love Teenage Mutant Ninja Turtles so much?

It’s a bit of a headscratcher to me at times. Any time I try to look inward and analyze it, I see that we had the right component [to success] — it was the right time and place for a quirky, fun piece of comics.

I would add that the characters are relatable.

The four teenagers are definitely misfits and outcasts, and people can relate to that, especially now, if creativity is not the status quo. Also, they are of no specific race or color. You cross a lot of boundaries, and most anybody can imagine themselves as at least one of the Turtles. People can identify with them without feeling excluded, and the stories are morally correct. Everybody wants to be a hero at the end of the day.

You originally doodled a turtle character to amuse your creative partner Peter Laird.

Yes, one night I was trying to think of something funny to make Peter laugh, and I thought of Bruce Lee. I thought, if he was an animal, what would that be? I was struck with the idea of a fast martial artist and a slow-moving turtle. I doodled it up and joked, “This is going to be the next big thing.”

Well, it was. Why are Comic Cons more popular now than ever before?

It’s a giant celebration of culture, even if you’re not just a fan of Star Wars, Star Trek, Dr. Who, and so many others. People are there to celebrate all the things they love. And it’s a thrill to meet some of the actors or creators of the material. If you scan the evolution of film over the last 50 years, some of the most successful movies released have been those connected to comic books. It’s been a global explosion of success. I enjoy it. I love the energy from the fans.

It’s been three decades since the Turtles came out. What are some of the changes you’ve seen on the comics scene?

If you look back at the last five years, when we have been steadily doing shows —we average 15 shows a year — the conventions seem to get bigger every year. The popularity of superhero movies has contributed to it and even hit TV shows like The Big Bang Theory, which revolves around Comic Con culture. It’s become far less a geek thing. We don’t look down on people for being a geek. It’s something to be proud of.

I have to ask: Which Teenage Mutant Ninja Turtle do you most identify with?

Peter and I are the Turtles’ “dads” in many ways, and we love all of our kids equally. However, Michaelangelo was the first Turtle I ever drew, and I’m partial to him. But it depends on what kind of story I want to tell. If I had to break it down to one Turtle, I would have to turn to Raphael, because he’s kind of the wild card of the group. He’s more unpredictable. You can push him and take him farther. I can relate to him.