The 33-acre farm provides organic food to tribal members and the community.
PHOTOGRAPHS BY NATE ABBOTT

You can learn a lot about Coachella’s Temalpakh Farm from its name. Temalpakh is a Cahuilla word, representing the Augustine Band of Cahuilla Indians behind the farm. It translates to “from the Earth” and symbolizes Temalpakh’s mission to grow organic food, using sustainable techniques, with as little manipulation as possible to serve surrounding neighborhoods. 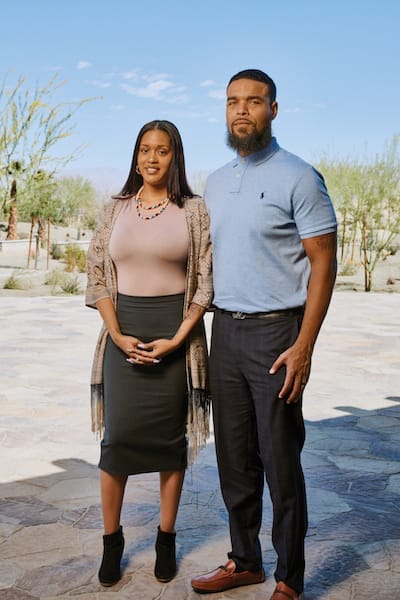 Amanda Vance, with her husband Jerrelle Williams, has realized her mother’s vision at Temalpakh Farm.

“We started the farm to provide the community with healthy, organic produce that isn’t always accessible here in the Coachella Valley, especially for the East Valley communities,” says Alisa Roacho, Temalpakh Farm’s market operations manager. “We are a small farm, but we grow a little bit of everything.”

You could say the farm, made up of 33 acres, eight of which are planted, is small but mighty. The Augustine tribe is one of the tiniest — and likely most youthful — tribal nations in the country, consisting of only seven adult members, all of whom are younger than 40 years old, and their nine children.

“It was my mother’s idea,” says Amanda Vance, who succeeded her mother, the late Mary Ann Martin, as tribal chairperson in 2016. “Back then, she wanted to be self-sufficient, to be able to make our own power and to create a farm where we could supply our own food.”

The tribe was near extinction decades ago, until Martin (whose mother, Roberta Augustine, was at one point the tribe’s sole surviving adult member) became the chairperson in the late 1980s. She began building a tribal government before moving her family, including Vance and siblings, from their Los Angeles County home to the then-abandoned Augustine Reservation. She soon started working on several endeavors, including the nearby Augustine Casino, a solar park to sustainably power it, and, later, Synergy Blue, a skill-based gaming platform for casinos, as well as the farm.

“When I came in, it was important to me to finish the projects that she had,” says 34-year-old Vance. “She wanted to be able to provide food to the casino and have it be more healthy and to provide organic food that isn’t so expensive to the community and to the tribal members.” 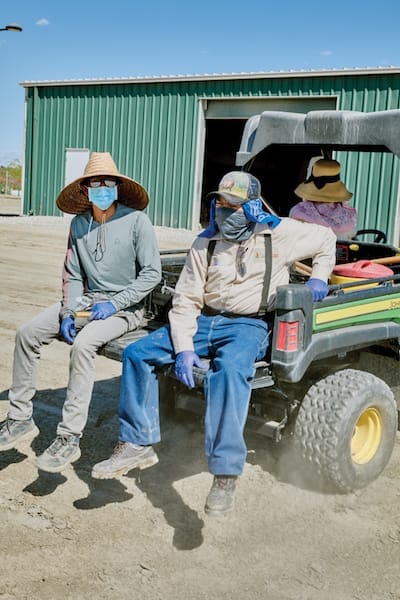 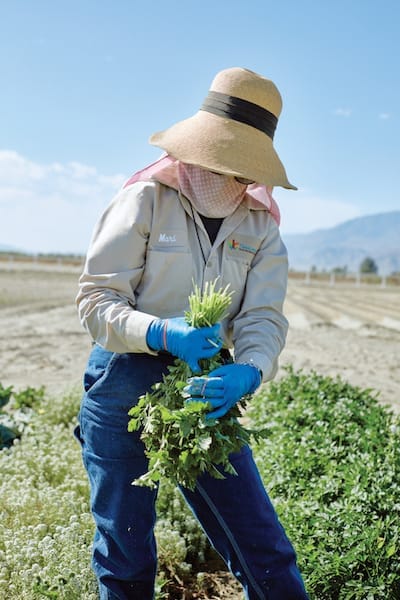 Work on the farm started in earnest in 2012 when workers began leaching the soil to cut down its salinity and cultivating cover crops, an organic form of fertilization that dates back to pre-historic Native American farming days.

“We planted and were producing vegetables, but then [we] were grinding that into the soil to create nutrients to be able to grow organic food,” says Vance, who implemented a small farm board to oversee Temalpakh’s growth. Her husband, Jerrelle Williams, serves as the board’s administrator and assists in the farm’s daily operations. “There was no real fertilizer used. We were just continuing to grow stuff to put it back into the ground.” 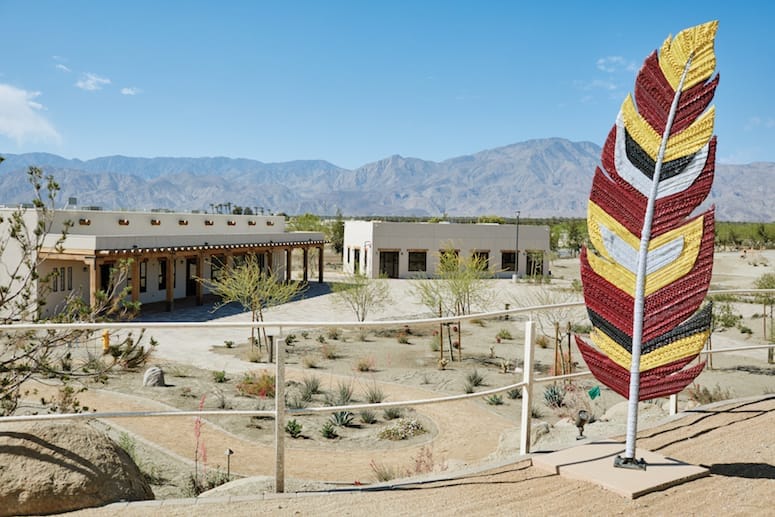 Temalpakh Farm plans to open an onsite market to sell its produce, juices, and other organic items.

Temalpakh’s fields are now sown with a variety of seasonal fruits and vegetables, grown from seedlings raised in the farm’s greenhouse. The produce includes melons, tomatoes, basil, onions, celery, carrots, leafy greens, lettuces, and herbs, with about 100 pounds of each crop picked every one to two weeks.

After eight years, Temalpakh Farm’s first true commercial harvest took place last spring, coinciding with the world-altering COVID-19 pandemic. While the tribe had always intended to sell its produce boxes at a minimal cost, its plan came to fruition at a time when many community members had lost their jobs and were struggling economically.

“We wanted to help people feed their families and be able to pick healthy options without worrying about ‘Am I spending too much?’ or ‘Can I afford this?’” Vance explains. 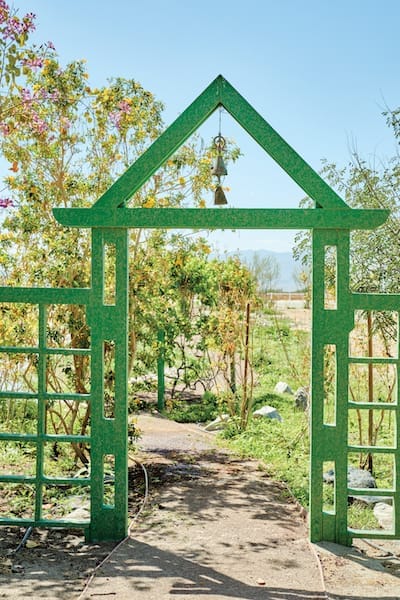 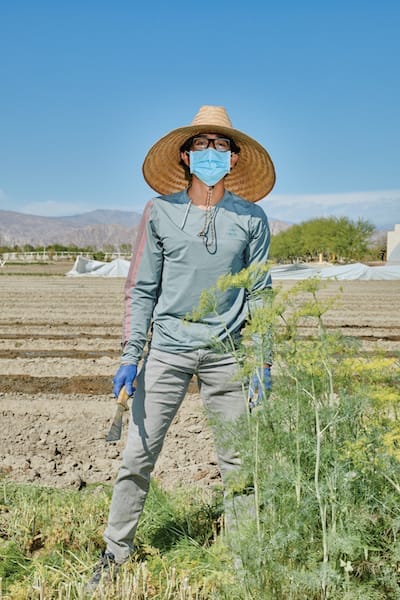 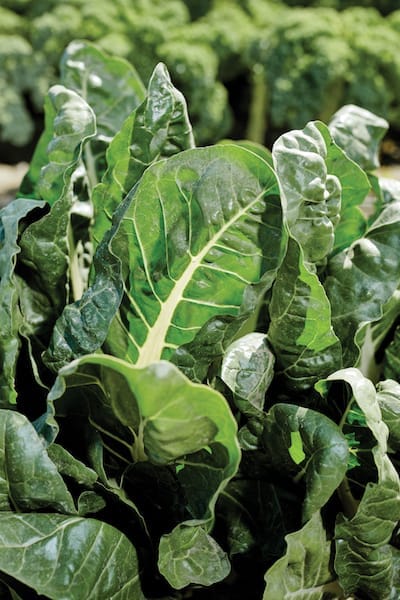 Temalpakh’s produce boxes start at $20 for a box meant for one to two people and go up to $25 for a larger box with enough to feed a family of four for a week. (Prices drop to $18 and $20, respectively, with weekly subscriptions, and there’s also an option to build a custom box, priced according to the contents customers choose online). A late-winter box came with yellow and red beets, two types of cabbage, bunches of kale, colorful rainbow chard, and peppery arugula, along with broccoli, Brussels sprouts, cilantro, parsley, and radishes. It’s a lot of food for about 20 bucks, and it’s the tribe’s way of paying it forward.

Locals — including many casino employees — pick up their boxes at the farm each Wednesday, and Temalpakh recently partnered with Palm Desert’s Harvest Health Foods and vegan eatery and marketplace Chef Tanya’s Kitchen in Palm Springs to serve as pickup locations for residents in other parts of the valley. (The farm also supplies produce to area businesses, including the Desert International Horse Park and markets like Chef Tanya’s Kitchen.) 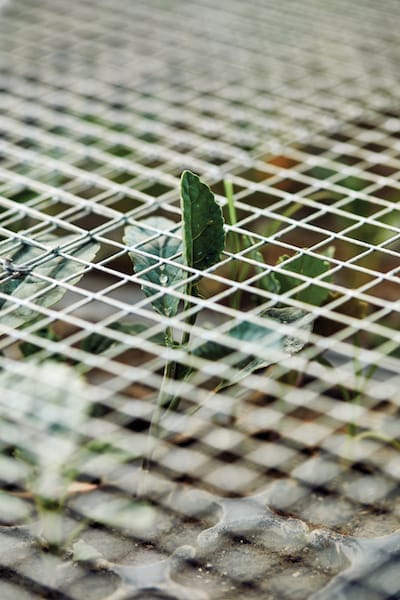 In addition to more mainstream ingredients, Temalpakh grows more obscure veggies. “We try to grow kitchen staples the most, though we keep it interesting by planting some nice heirloom varieties you wouldn’t be able to find at a grocery store,” says Roacho, pointing to heirloom dinosaur kale, a buttery, red-speckled “Flashy Trout Back” lettuce, and lemon cucumbers. “Those are very rare. They’re kind of sweet and sour, and they are 100 times better than a regular cucumber from the grocery store.”

The farm sells about 500 pounds of produce a week and its customer base is steadily increasing, Williams says, thanks in part to word of mouth: “More people are signing up every week. It shows how much they appreciate the farm box and the produce. People pull up and have a smile on their face, so that makes me happy that we can make our customers happy.”
The farm focuses on providing for its staff as much as its customers, offering not only a livable wage, but also health benefits and a 401K program to its farm manager and four farm hands — a staff that will likely expand when Temalpakh adds another 20 acres, split between date palms and row crops, later this year.

The farm also plans to open an onsite market to sell its produce, fresh juices, and other organic items. It will be located in a new structure that also includes an education center, landscaped pavilion, and elevated sculpture garden with seven large-scale feathers made of upcycled tire rubber, representing the tribe’s seven adult members. Vance hopes to open the market this summer and eventually host school groups and chef-led cooking classes where participants pick their ingredients straight from the field.

“Nowadays that organic, healthy lifestyle runs through all ages,” she explains. “What we bring is a different way of looking at how to introduce it. It’s different than going to a grocery store because it’s on tribal land and you can see where your food is coming from. You can see us bringing it from the field and into the market. That aspect really makes it unique.”

• READ NEXT: Which Coachella Valley Farmers' Markets Are Staying Open This Summer.