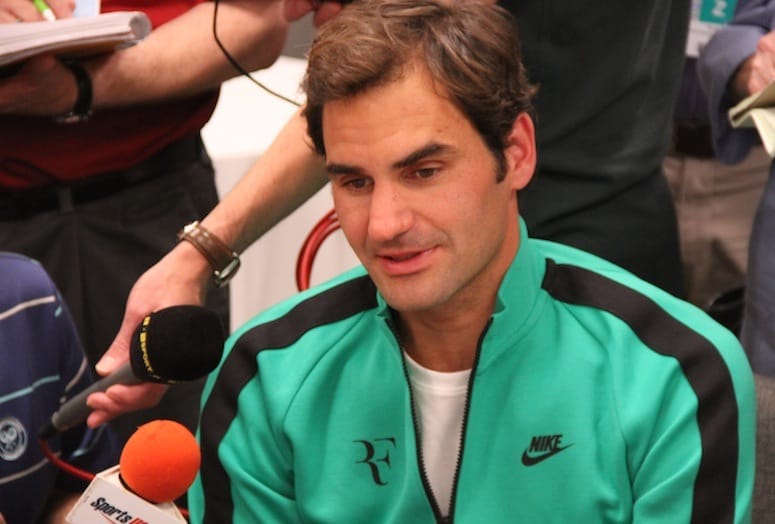 Being ranked No. 1 will do that, even if it comes after the previous top seed, Serena Williams, had to bow out due to a knee injury.

Despite the move up to the top slot, Kerber still believes you learn more from losing. And her focus isn’t rank, but winning matches.

“I think from losses, you have to find the middle,” she says. “You have to also learn from your wins. But of course, when you lose, you know why you are losing. You know how it’s feeling. You have to sit down after, with your team, or with your coach, and discuss. Not making the mistakes twice.”

VIDEO: Angelique Kerber talks about the differences she has noticed since winning last year’s U.S. Open.

And season veteran, Roger Federer, seems unfazed by the BNP Paribas Open draw that puts him in the same bracket as No. 6-ranked Rafael Nadal and No. 2-ranked Novak Djokovic, who has won the last three BNP titles.

Federer, who turns 36 in August, is coming back from a surgically repaired left knee that forced him off the courts and rewarded him with time to rejuvenate his career.

“If you look at the big picture, sometimes you have to step away to come back strong,” he says. “And I always did that throughout my career…and it’s served me well. That’s why I think I’m still here today, and eager and excited to play tennis.”

Federer believes his recent win at the Australian Open was “just yesterday.” He survived three five-set matches in the tournament, including the finals when he rallied from a 3-1 deficit in the fifth set to knock off Nadal for his 18th Grand Slams singles title.

“I still feel like I’m on cloud nine,” he says. “Things are terrific and I’m happy if I made a lot of people happy because I know I’m not just playing for myself these days.”

VIDEO: Roger Federer reacts to the BNP Paribas Open draw that puts him in the same bracket as No. 6 Rafael Nadal and defending champ Novak Djokovic.