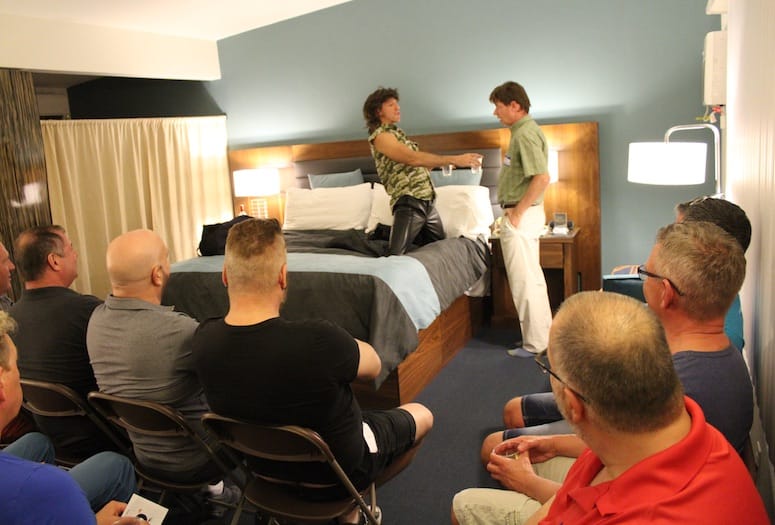 Written by Terry Ray and performed by Ray and Mel England, Electricity takes place at INNdulge, the clothing-option resort in the Warm Sands neighborhood of Palm Springs.
PHOTOGRAPH BY MIKE PINGEL

Dramatic works that explore unrequited or impossible love are nothing new. From the Romeos, Juliets, and Pygmalions of old to the modern-day Porgys, Besses, and Anna Christies, there’s something about two people in love who for whatever reason can’t seem to make it work that never fails to move us.

Make it two men who first hook up at a high school reunion in the 1980s, despite one of them being deeply closeted, and you’ve given the tale a minor twist. Place the audience directly in the hotel room where said hooking up occurs, throw in some major intimacy — both emotionally and physically — and you’ve got a really interesting premise.

This four-act, two-character play (sans intermission) begins in the lobby of INNdulge, the clothing-option resort in the Warm Sands neighborhood of Palm Springs. The setting is a 10-year reunion in Chillicothe, Ohio, in 1983. Guests are invited directly into the action prior to commencement by helping themselves to the nametag of an “attendee” and a drink at the bar. From there the scene moves into the hotel room, where one of the attendees has invited another to join him. Not surprisingly, the two have a past — if only a fantasized one. Surprisingly, they also have a chance at a future.

What follows is a story worthy of a baritone rendition of “Send in the Clowns” that explores the relationship between the two men as they meet up in that same hotel room every 10 years until their 40th reunion. 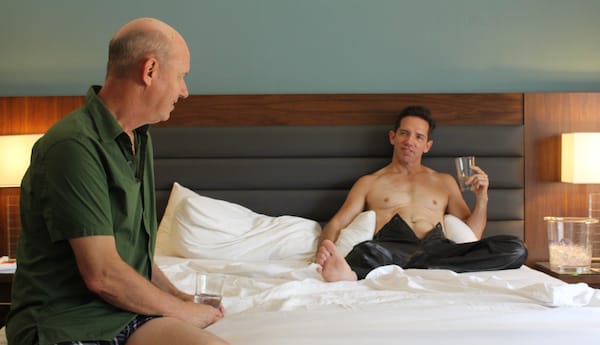 Over the course of four decades, they talk, drink, tryst, and fight — with the audience witnessing everything — well, almost everything — up close and super personal.

Despite what could easily have gone down the stoney end of theatrical gimmickry because of its unique venue and staging, Electricity is a classic reluctant love story, the sort of will-they-or-won’t-they? fable that only gets the audience rooting for the characters if the play is well-conceived and well-acted. Thankfully, Electricity is both.

Written by Terry Ray and performed by Ray and Mel England, the show is expertly executed. The script, which has its share of surprises, is a richly drawn character study of two diverse people from different worlds who evolve over the years but never seem to be in the same mental place at the same time. Ray and England are both talented actors who are fully committed —a challenging feat given the intimacy of the material and the proximity of the 20 or so audience members. And after witnessing their first encounter, they become almost like friends; we yearn for them to work it out. 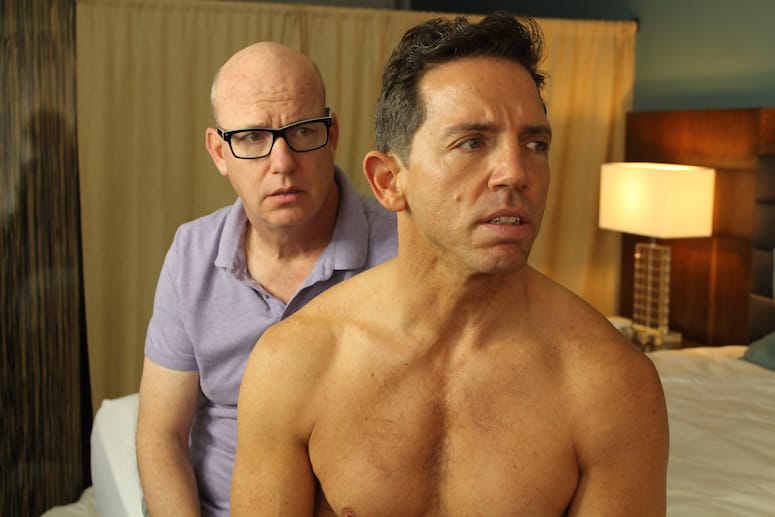 The script, which has its share of surprises, is a richly drawn character study of two diverse people from different world.

Witty, bitchy, at times gritty, and moving, the show hits all the right notes, delivering the perfect combination of sweet, sexy, uproarious, and, at times, sad. But like any memorable love story, it all ends up going right to the heart.