In 2018, Terry Ray (left) starred in and wrote the play, Electricity, which played in the desert for more than two years. His work led to being selected by J.D. Lewis, founder of The Actor's Lab in Los Angeles, as the instructor for the new Palm Springs location.
PHOTOGRAPH BY MIKE PINGEL

There were times Terry Ray dreaded going to auditions in Los Angeles. His agents would send him to be a cop or soldier. Ray knew better.

“I would panic because I would feel embarrassed,” Ray recalls. “It's going in there and doing some macho thing that I'm just wrong for. But I tried to conform. And when it finally hit me, you've got to use yourself and who you are. And if you were a police officer, you would not try to pretend to be like what they think a police officer is, but to use yourself and base it on that and not try to second guess what somebody else wants, but do what you can do. That changed everything for me.”

Ray went on to build a career acting and writing, becoming a familiar face in the Coachella Valley in 2018 when his play, Electricity, literally brought the audience inside a hotel room at INNdulge, a clothing optional resort in Palm Springs. The play eventually moved to Oscar’s Café and then Desert Rose Playhouse before going on the road including a performance at the Stonewall 50th anniversary and WorldPride NYC in 2019.

Ray’s authenticity caught the attention of J.D. Lewis, founder of The Actor’s Lab in L.A., who was looking for a teacher to head a new location in Palm Springs.

“I was surprised that he thought of me and I have a friend who teaches for him, so I thought maybe Cher (Ferreyra) had recommended me,” Ray says. “And so I thanked Cher and she's like, ‘I didn't. J.D. came to me and said, ‘Do you think Terry Ray would be great?’ And she said, ‘Yes.’ So then when I talked to J.D., I said, ‘How did you pick me?’ And he said, ‘I'm a fan of yours. And I don't think you understand that people admire that you've created your own projects and you've done all this stuff and you have to own that.’”

The class began Aug. 1 and runs every Monday night inside Neuro Vitality Center in Palm Springs. The space comes with a small theater for Ray to conduct his class. Ray chats further with Palm Springs Life about this class and who can enroll, and the status of Electricity. 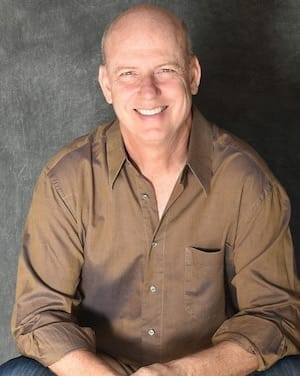 How did you find the space for The Actor's Lab?

I posted on Facebook that I had been selected as an instructor and this friend of mine, Allan Jensen, he messaged me and said, "Do you have a place for your class?" And I said, "No." And he said, "Well, I'm managing this building. You should come look at it. There's actually a little theater inside." I'm like, "What?" They call it the Newman Theater. It was named after Paul Newman's donations. But the building closes at 3 p.m. There's no one else in there. So they decided that they're not using their space so they started looking for ways to keep it active. On Wednesday nights they have an open mic with a $10 cover that benefits The Neuro Vitality Foundation. It’s a great facility. Plenty of parking and we have a place by ourselves.

The theater scene has blossomed in the desert and there appear to be more opportunities to be part of it. Has there been a need for something like The Actor’s Lab in Palm Springs?

J.D. saw that and that's why he wanted to open a Palm Springs branch. And things changed during the pandemic. You can audition online. You don't have to be in LA to be a professional actor anymore. I've moved here, a lot of friends have moved here, and it's a changing dynamic for that profession. And like you said, there's a big theater community. And a lot of people want to get involved with that and really hone their skills. And I think there's a big demand for it. 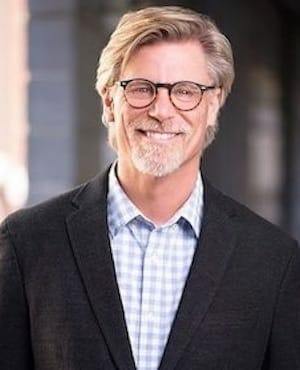 Did you ever take a class under J.D.? What can you bring to the classroom as someone who has been where your students are?

No, not until he asked me to teach. And then we needed to study together. So he has online classes. He's out of the country right now, and so I've been auditing, watching him, and then we would Zoom afterwards and talk about it. And we had a lot of discussions about how to approach things from The Actor's Lab point of view. I've directed. I've certainly acted for quite a long time, and I've also written for quite a long time. So I know the process from lots of different angles. I feel like I have an overall view of what people are looking for. And I also know a good performance and I know how to encourage actors to do their best.

I think the first thing I want to get each actor on their own level to be truthful, to be convincing, to not come off as if they're acting, if that makes sense. It's like to be able to deliver a line conversationally and to feel like they're really truly in that moment. And I think once you've got that skill, then you've got the main tool that you can take to soar. And so once I'm sure that each person has that on their own level, then I can challenge them in different ways.

Is this class for advanced students or will you take beginners?

Acting seems to fall under those professions where you have to have some innate talent for it. How does that impact you’re teaching?

So it is a skill that you can improve with. But I do believe what you said is true. I think that some people are just innately not actors. But some people can learn to use what they've got and they just don't know how to approach it. But if you give them guidance, they can get there. I've seen it happen. So you've seen actors who suddenly when they're acting, they talk completely different and they use their hands weird. And they're just, they're acting. And it is possible sometimes to strip all that away and let them know that they don't have to do all that. And then they rewire and they find that they actually do have the natural talent. It's a process, and it doesn't always work, but it can.

What does it mean to be part of that journey with them?

So far the class has a nice range of ages. We have 12 students and the idea is to keep the classes under 20. My goal is for Monday night to be their favorite night of the week. I want that. I want them to have joy when they have that Monday night class. That they know they're going to perform and they know they're going to get to fly. And I'm thrilled to be part of that fulfillment for them. 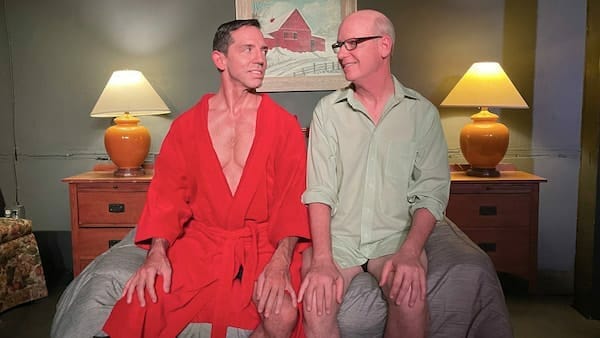 What’s happening with your play, Electricity?

So we are going off Broadway with it. We've been courting producers in New York. This play has been getting better and better and better because we keep working on it. And it's such a rare gift to get to do that. And this play is deep enough that there's always more you're going to discover. And we just will pick up a moment and when we are done with that moment, we've made it better every single time. It's been a great gift, and the play has never been better and I’m very proud of it.

What do you think is appealing about the storyline that actually has allowed it to travel this far?

People see themselves in this story.It's the gay journey from closet to equality. And I thought of it that way as the writer. But I've had people stand up in the audience and say, "Quit calling this a gay play. I saw myself. I'm an old lady, straight lady. And I saw myself on that stage." So it's more universal than I realized when I wrote it, because it is a universal love story, as well as this journey from closet to equality. But it's a love story about is that person that was your first fixation, if it had worked, what would it be like if you had acted on it? There's the insecurities, the questioning yourself about all different kinds of parts of your life.

Is this surprising you?

I can't believe it. No. It's like, we started this play in 2016. That's six years ago. To be going this long is crazy for a play that hasn't hit Broadway and it's not a big hit yet. It's just being locally supported. I'm very excited to go to New York with it. I want the play to get published. I think that theater companies will want to do it once it's published and they know about it.

• READ NEXT: Desert After Dark. When the Sun Sets, the Night Sizzles With Live Entertainment and More.